2020 was one for the ages – one of the strangest, most painful, most bizarre, yet most historic years in modern global history.

This was certainly true here in Israel and throughout the Middle East.

From the moment ALL ISRAEL NEWS and our sister site, ALL ARAB NEWS, launched on Sept. 1, we have not had a single slow news day.

To the contrary, events seem to be moving at lightning speed.

That has made it tough to distill all that has happened into a single list, but we have given it our best shot.

Starting next week, we will give you our take on the people and trends to watch in 2021.

For now, however, here is our list of the 20 biggest stories impacting Israel and the Middle East in 2020:

1) THE GLOBAL PANDEMIC: The previously unknown COVID-19 virus burst onto the scene early in 2020 and created enormous fear and dislocation. (See our story explaining that by the end of the year, COVID killed 1.8 million people worldwide in 2020, and infected 82 million.)

2) A PLAGUE OF BIBLICAL PROPORTIONS: The coronavirus killed 3,300 people in Israel alone – that’s more than all Israelis who have been killed in wars and terror attacks in the past 20 years – and infected 414,000 more, and the year ended with the number of new cases in Israel skyrocketing. (See our story on one of the few piece of good news: the Israeli government didn’t cancel Christmas but allowed churches to open for prayer and worship on Christmas Eve and Christmas Day.)

3) SHUT DOWN NATION? Israel, which has long prided itself on being a high-tech innovator known as the “Start Up Nation,” became one of the first nations on the planet to go into three national lockdowns due to COVID. (See our editorial, “Shut Down Nation?” blasting the Israeli government for its handling of the pandemic. See our story on how Israeli workers and small business owners are suffering terribly and how doctors are telling the government to rethink harmful lockdowns. See, too, our dead-on accurate story published on just our second day in operation, “When Will Tourists Be Able To Come Back To Israel? You’re Not Going To Like The Answer.”) 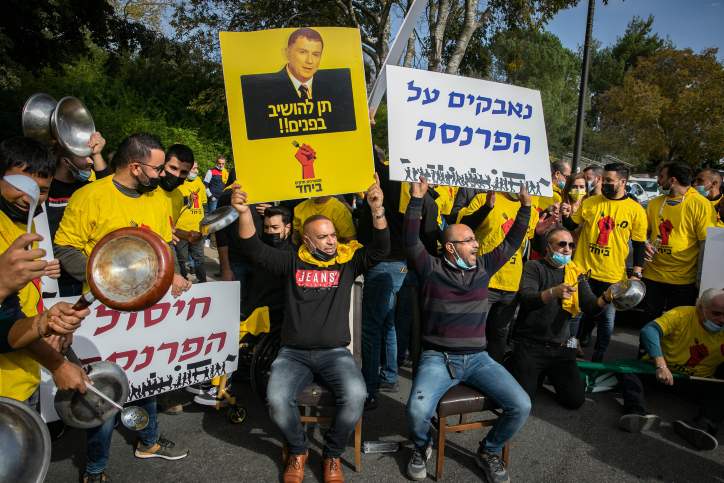 Restaurant owners and workers protest outside the Israeli parliament against the lockdown and the lack of financial compensation during the coronavirus crisis. Dec. 14, 2020. (Photo: Olivier Fitoussi/Flash90)

4) THE “CURE” & THE QUESTIONS: Two pharmaceutical companies (Pfizer and Moderna) both created, tested, produced and distributed two different COVID-19 vaccines in record time – Israel has now vaccinated more citizens per capita than any other country in the world – but many people in the region and around the world are asking questions: Have these vaccines have been thoroughly tested? Will they really work? Could there be as-of-yet unknown side effects? Does everyone have to be vaccinated?

5) THE WHITE HOUSE FLIPS: Joe Biden became the oldest candidate in American history to win a presidential campaign, and Kamala Harris became the first African American Vice President-elect in U.S. history. (See our exclusive exit poll showing that Donald J. Trump actually lost ground with Evangelicals, which contributed to him losing his reelection bid. See also our interview with a former advisor to U.S. Secretary of State John Kerry on Who is Joe Biden and how a Biden-Harris administration will approach the Middle East.

6) PEACE BREAKS OUT IN THE MIDDLE EAST: The United Arab Emirates became the first Arab nation in more than 25 years to make peace with Israel, signing the Abraham Accords on the White House lawn on Sept. 15 in a historic ceremony covered by ALL ISRAEL NEWS. (See our exclusive interview with Vice President Mike Pence conducted immediately after the signing ceremony, in which the VP says Trump “threw out the old playbook” to make peace. See our profile of UAE Crown Prince “MBZ.” See, too, our profile on the UAE’s ambassador, the “most influential” in Washington. Also, in December, I traveled to the United Arab Emirates and conducted an exclusive interview with Dr. Anwar Gargash, the UAE’s minister of State for Foreign Affairs. We ran a series of three stories, in which Gargash talked about what his country really wants from the Abraham Accords, and how he sees Iran and Turkey as serious threats to peace in the region. See our exclusive stories – Part I, Part II and Part III.) 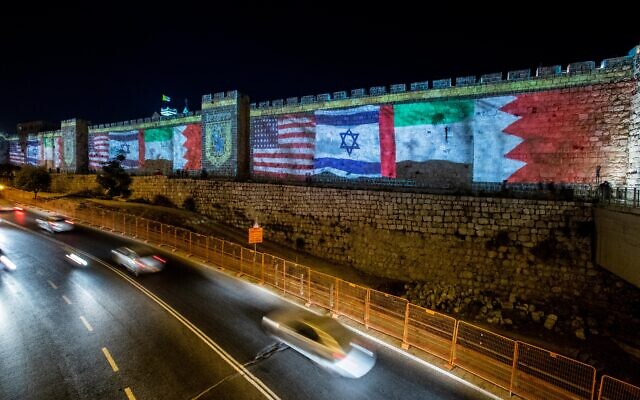 Jerusalem's Old City walls were lit up with the flags of the U.S., Israel, UAE and Bahrain on Sept. 15, 2020. (Photo credit: Yonatan Sindel/Flash90)

7) MORE PEACE BREAKS OUT IN THE MIDDLE EAST: The Kingdom of Bahrain became the next Arab nation to normalize peace with Israel – doing so on Sept. 11 – and also signed the Abraham Accords on White House lawn on Sept. 15. (See our story on Sept. 2 predicting that Bahrain would be the next to make peace, and our exclusive interview with the diplomatic advisor to the King of Bahrain.) 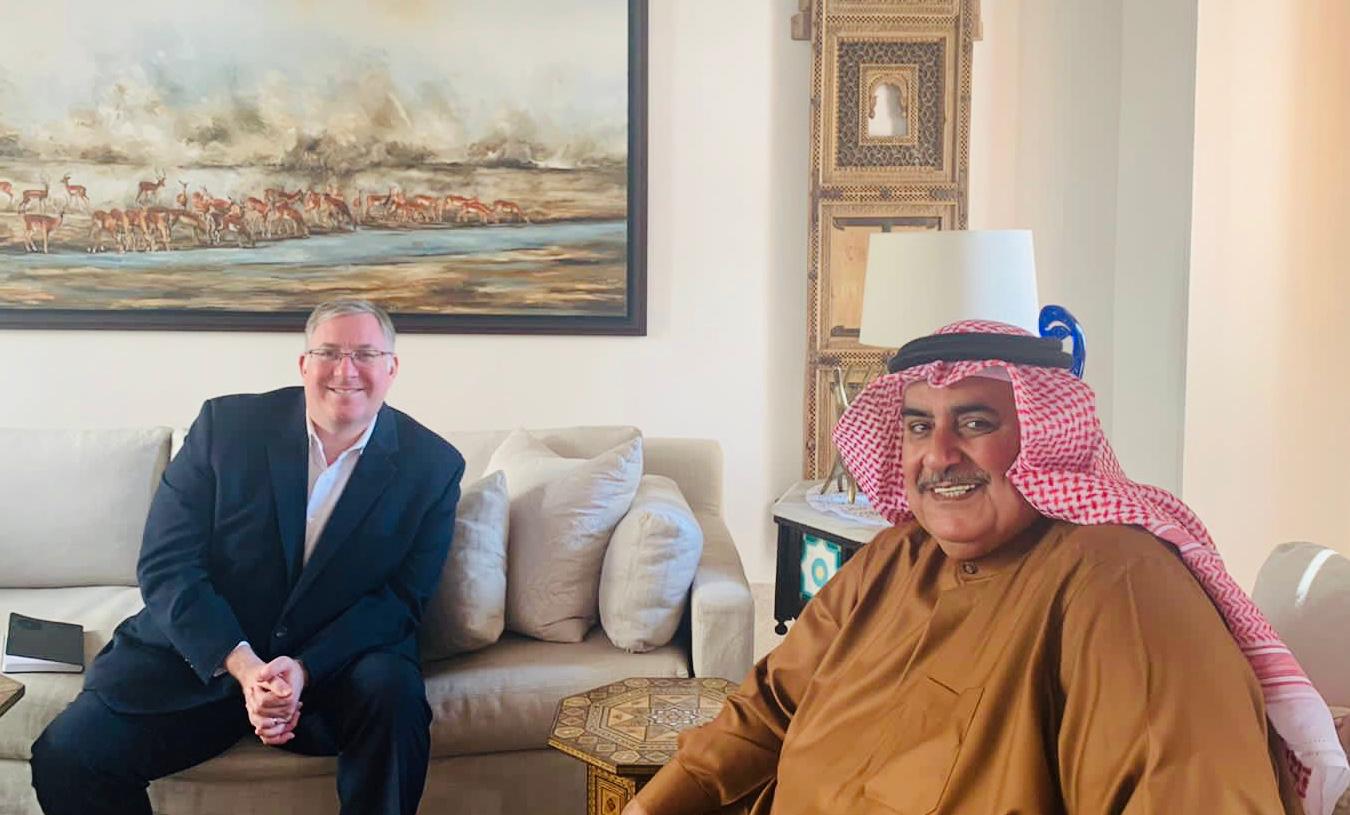 8) STILL MORE PEACE BREAKS OUT IN THE MIDDLE EAST: The Republic of Sudan became the third Arab nation in three months to normalize peace with Israel. (See our story breaking the news that Sudan would be next after Bahrain.)

9) EVEN MORE PEACE BREAKS OUT IN THE MIDDLE EAST: The Kingdom of Morocco became the fourth Arab nation in four months to normalize peace with Israel.

10) SAUDIS ALLOW ISRAELI PLANES TO FLY OVER THE KINGDOM FOR FIRST TIME: It began in August with an El Al flight taking a delegation of U.S.-Israeli officials to the UAE to lay the groundwork for the Abraham Accords signing ceremony in Washington. But now Israeli and Arab airliners flights are taking Israeli tourists back and forth over Saudi Arabia to the UAE. (See our first story on this significant development.)

11) NETANYAHU GOES TO SAUDI ARABIA: Israeli Prime Minister Benjamin Netanyahu and Mossad chief Yossi Cohen made a secret visit to the Saudi Kingdom in November to meet with Crown Prince Mohammed bin Salman and U.S. Secretary of State Mike Pompeo. (See our ALL ARAB NEWS story, the first to confirm the stunning report.)

12) WILL THE SAUDIS BE NEXT TO MAKE PEACE? The region is rife with enormous speculation that Riyadh will make peace with Israel soon. It might sound crazy, but there is good evidence this could actually happening. (See our coverage from a variety of angles, beginning with two polls. One found 79% of Saudis see a pathway to normalization. A second, our exclusive poll, found that 80% of Americans want the Saudis to be the next to make peace with Israel, and for Biden to make it a top priority. Another important story: The Saudi ambassador to Washington hosted a first ever dinner party for U.S. Evangelical leaders.)

13) FIRST-EVER MUSLIM DELEGATION TO AUSCHWITZ: In January, a leading Saudi sheikh led an unprecedented delegation of Muslim clerics and scholars on a visit to the Auschwitz-Birkenau death camp in southern Poland. (See our exclusive interview with the sheikh.) 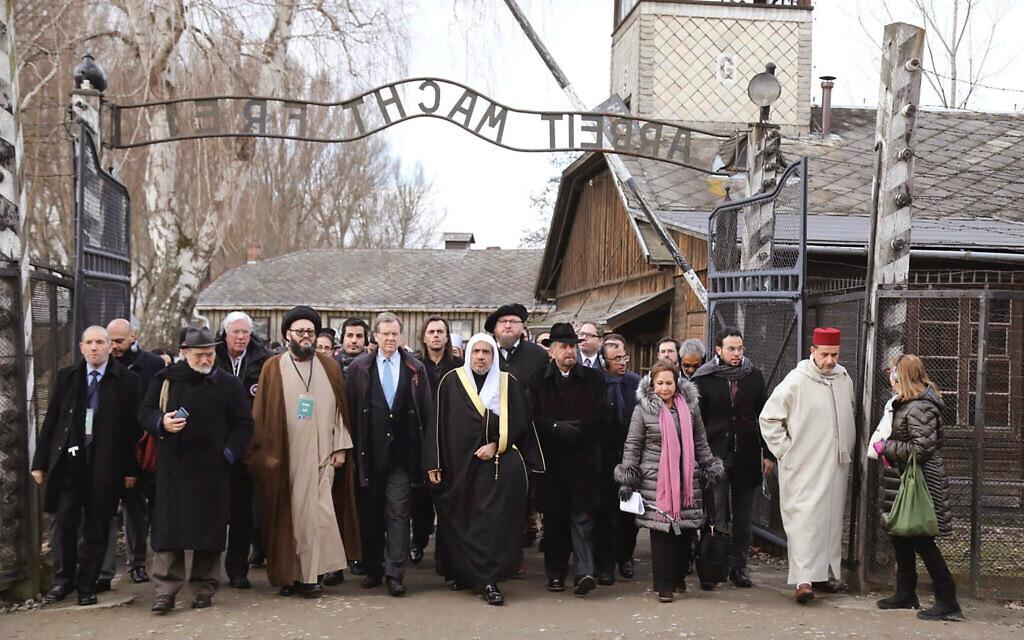 16) MASSIVE EXPLOSION IN BEIRUT: In August, a horrific explosion occurred at the port in Beirut, killing and wounding many, and leaving some 300,000 Lebanese homeless. Within days of the devastating explosion, Lebanon’s prime minister and entire Cabinet resigned – and the place is still an open wound. For the past four months, the Cedar State has been drifting without clear, strong, decisive leadership. 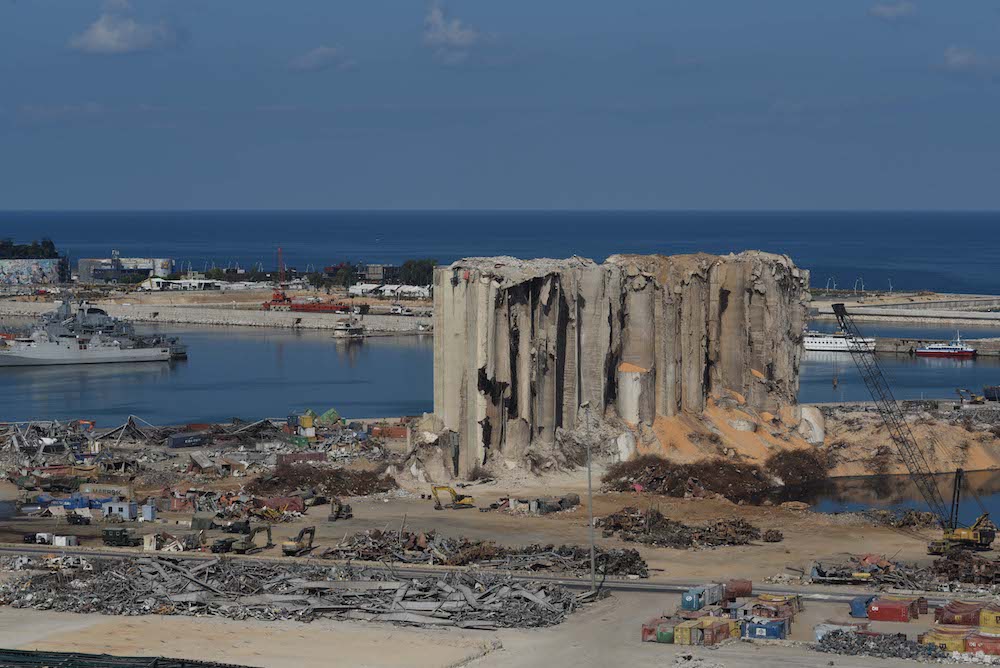 17) NEW GOLD RUSH IN THE MIDDLE EAST? As Arab-Israeli peace deals continue to be signed, there is a growing sense among CEOs, investors and entrepreneurs that major new business deals are going to be signed throughout the Middle East. Indeed, many such deals have already been signed. (See a sampling of coverage here, here, here and here.)

18) ARAB BUSINESSMAN BUYS 50% SHARE OF ISRAELI SOCCER TEAM: In December, it was announced that Sheikh Hamad bin Khalifa Al Nahyan, a member of the United Arab Emirates royal family, officially completed a purchase of 50% of the Israeli soccer club Beitar Jerusalem. (See our story on how it’s a move that could really shake things up since in the past the team has never hired a single Arab player.) 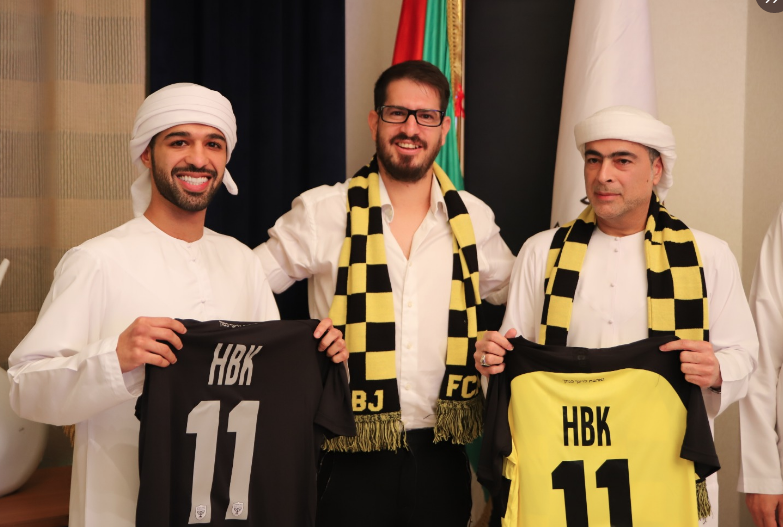 19) WONDER WOMAN IS AN ISRAELI – NOW SO IS EGYPTIAN QUEEN CLEOPATRA: An enormous controversy erupted this year over news that Israeli actress Gal Gadot is not only playing Wonder Woman in a new movie just released in December, but will also play Egyptian Queen Cleopatra in a film. Critics attacked both Gadot and the filmmakers, saying Cleopatra must be played by an Egyptian. Gadot and her allies had an interesting comeback. (See our story.) 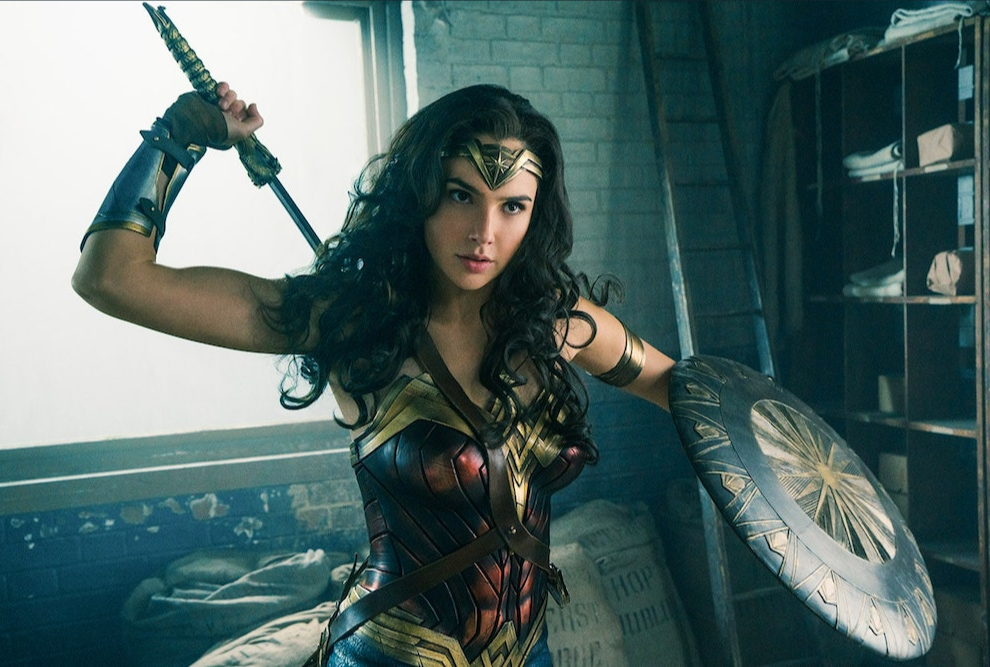 20) ISRAEL IS HEADING BACK TO ELECTIONS – FOURTH ROUND IN TWO YEARS: Israel likes to pride itself as the only real democracy in the Middle East. But something has gone seriously wrong. In late December, the so-called “national unity government” blew apart because the Cabinet could still not pass a state budget for 2020, much less for 2021. Now, Israelis are being forced to go back to the polls and the election will be held on March 23. (See our on-going coverage of the mess and the moves and countermoves by Benjamin “Bibi” Netanyahu and the growing number of leaders and parties who are against him, from Benny Gantz, to Gideon Sa’ar, to Yair Lapid, to name just a few.)