Tell me the truth, does this sound like the world-famous “Start-Up Nation” to you?

Contrast this to my experience the past two weeks in the Gulf.

When I landed in the United Arab Emirates, and later Bahrain, I took a rapid COVID test at each airport, then headed to my hotel. Soon thereafter, I received my test results on a special app that I downloaded to my phone.

The results came within hours and I was free to move about both countries  all without quarantining for 14 days.

It was quick and convenient, an impressive testament to the high-tech nature of the UAE and Bahrain.

I attended an international business expo in Dubai, in person, along with representatives from hundreds of nations.

I went to restaurants, toured religious sites, took a helicopter ride, went to pools, went to beaches, attended dinner parties and others meetings (including Hanukkah celebrations) with far more than 10 people, even went to Starbucks – everything we cannot do freely in Israel these days.

Both the UAE and Bahrain are functioning normally without the same severe restrictions Israelis have been subject to for 10 months.

Somehow, COVID in both countries remains in check.

Why not here in the “Start Up Nation”?

How is it possible that 10 months into this pandemic that there is still no rapid COVID testing at Ben-Gurion International Airport?

Each time I have returned to Israel from the U.S., I have had to go into 14 days of quarantine.

I have done that three times in one year.

Why can’t I – and every Israeli – have a rapid COVID test and get our test results quickly on an app on our phone?

If the UAE and Bahrain can do it, why can’t Israel?

There is one reason: Prime Minister Benjamin Netanyahu and his government ministers refuse to cooperate with each other.

Yes, they are good at making peace deals with Arab countries – wonderful!

And yes, they are good at strengthening our ties with the U.S. government – also wonderful!

They even established relations with the Buddhist Kingdom of Bhutan – fantastic!

How then are they proving to be so lousy at marshaling the high-tech sector of Israel to set up rapid COVID testing not just at the airport but all over the country so people can be free to move about the country?

So hotels and restaurants and tourist attractions can function normally.

So that falafel stands and synagogues, churches and mosques can function normally.

How is it possible that Netanyahu and his “unity” government cannot unify to pass a budget for 2020?

It is December, for crying out loud – this is crazy.

How is it possible that Israel has not created, tested, approved and deployed its own vaccine to prevent the spread of COVID?

How is it possible that instead of solving this crisis, Netanyahu and government ministers are actively discussing dragging the nation back to elections in March?

Instead of spearheading the way in finding a medical cure or prevention for the coronavirus, the government has depended on devastating and draconian lockdowns to temporarily reign in the spikes in new infections. 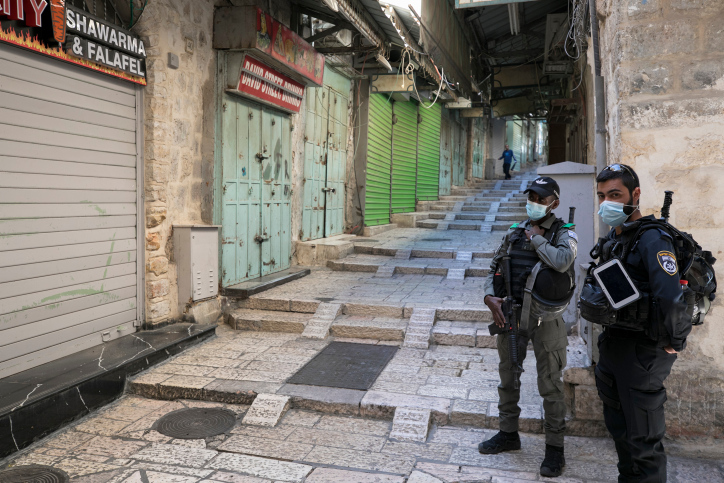 Soldiers in the Old City of Jerusalem on Oct. 6, 2020, during a nationwide lockdown to prevent the spread of COVID-19. (Photo: Olivier Fitoussi/Flash90)

Yet the cost to the nation – to people’s personal finances and mental health – is staggeringly high.

And morale is in the dumps.

The very last thing this country needs right now is to be dragged through the expense and uncertainty of a fourth election in two years.

It is time for Israel’s current leaders to keep the promises they have already made and lead us out of this crisis.

It is time, in particular, for Netanyahu to keep his promise – his written coalition agreement – to pass the 2020 budget, and the 2021 budget, focus on COVID, and to rotate the prime minister position to Alternate PM Benny Gantz next year, as stated.

To do anything less is completely unacceptable.

Israel is increasingly at risk of becoming known as the “Shut-Down Nation.”

It’s time to marshal the high-tech and medical genius of the Israeli people to become the world’s safest, healthiest, “green country.”

It’s time re-open the country for business and tourism.

We are the “Start-Up Nation.”