DUBAI – At a dinner party here in Dubai this week, a woman turned to me and said, “Yeah, yeah, the Abraham Accords are fascinating, it’s all interesting, but I have a completely different question for you. Who is Gideon Sa’ar, and how big a deal is it that he is leaving the Likud party and running against Netanyahu?”

Wow – of all the topics I expected to discuss here in the United Arab Emirates this week with Arabs and with expatriates living and working in the Gulf, the nuances of internal Israeli politics was not one of them.

Most people outside of Israel have never heard of Gideon Sa’ar.

Thus, they do not appreciate the significance of his announcement on Tuesday to leave the Likud Party, form his own center-right party, and run to defeat Benjamin Netanyahu and become the next prime minister of Israel.

But believe me: this is big.

As I explained to my dinner party friend, “Imagine if Vice President Mike Pence decided in early 2020, to leave President Donald Trump’s side, challenge Trump in the Republican primaries, and have a reasonably good shot at unseating Trump – and not because of major differences of vision or policy but because Pence could no longer stand Trump’s management style or political antics.”

That’s essentially what we are seeing at play in Israel right now.

A bit of context: the Likud party is the reigning, governing, right-wing party in Israel.

It was the political home of Menachem Begin, Yitzhak Shamir and Ariel Sharon – three of the most consequential prime ministers in the modern history of Israel, whether you loved them or hated them.

Likud has also been the home and political base of Benjamin “Bibi” Netanyahu for three decades.

You don’t know who Gideon Sa’ar is because Netanyahu makes sure the spotlight is always fixed on himself.

But Sa’ar is no back bencher.

He is one of the most popular politicians in Likud.

For many years, Sa’ar has been #2 in the Likud primaries, coming in second only to Netanyahu.

Sa’ar was a trusted deputy of Netanyahu, not just a political ally but a counselor and strategist.

On policy, the two see eye to eye on almost everything.

But like so many of Netanyahu’s allies over the years, Sa’ar has been exhausted and exasperated by Netanyahu's management style, which he finds domineering, demeaning and increasingly unworkable and counter-productive.

Netanyahu associates are already accusing Sa’ar of sour grapes, chafing in the shadows and impatient because he never gets his turn in the spotlight.

It’s true that Sa’ar is as ambitious as the next Israeli politician.

It’s also true that Sa’ar directly challenged Netanyahu in the Likud primaries last year. He did not win by any means, but he did attract 26% of the Likud grassroots activists.

That suggests fully one-quarter of the Likud base is unhappy enough with Netanyahu to look elsewhere.

That spells trouble for Bibi.

Expect a full-on assault on Sa’ar in the months ahead by Netanyahu allies.

But Sa’ar is no political neophyte, and he is ready for the attacks.

He has served ably as Israel’s interior minister and as education minister.

While Netanyahu has achieved a huge diplomatic triumph with the Abraham Accords, he is under siege from an Israeli public furious with what they regard as his terrible handling of the COVID-19 crisis and massive unemployment.

Many are also uncomfortable with the fact that Netanyahu is on trial on three separate corruption charges.

These conditions make a rebellion on the right against Netanyahu more possible than ever before.

I first met Sa’ar back in 2006, when the Likud Party was at its lowest point, with only 12 seats in the Knesset. 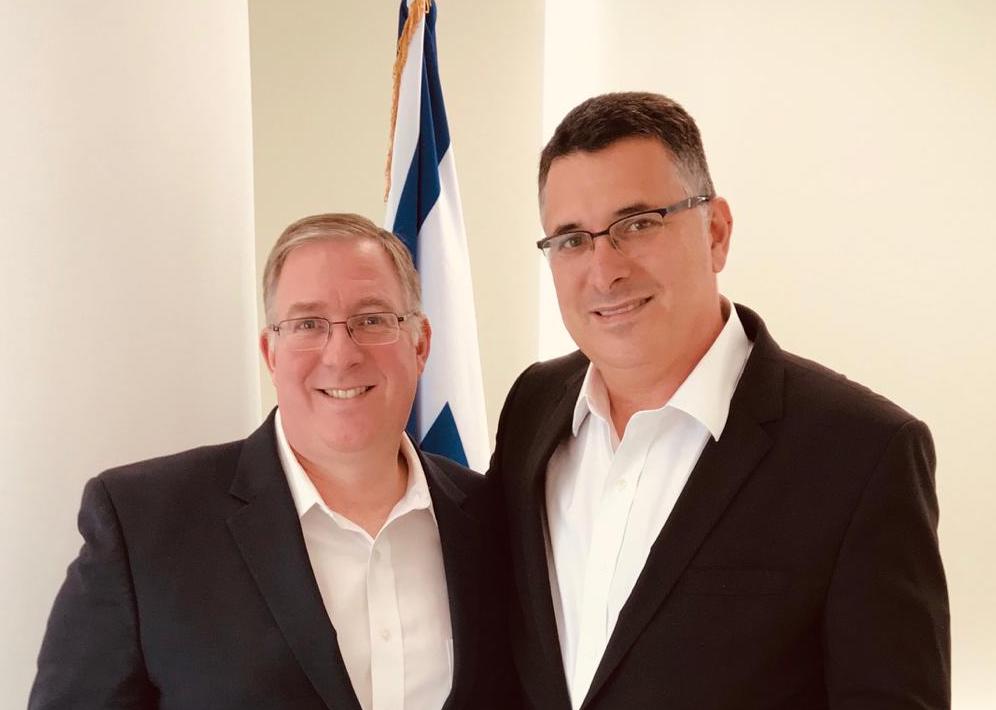 Today, in no small part due to Sa’ar’s efforts, Likud has 36 seats.

Again, this tells you how serious is the break Sa’ar is making from Netanyahu to leave the Likud party and start another.

And polls this week show a new party led by Sa’ar could win as many as 15 to 17 seats in the next Israeli elections.

If Sa’ar were able to successfully recruit former IDF Chief of Staff Gadi Eisenkot onto his team, polls suggest they could win upwards of 22 seats.

Hours after announcing his new party, Sa’ar won the support of Yoaz Hendel and Zvi Hauser, two Knesset Members who used to serve in Likud but are now going to join Sa’ar.

This presents a very serious threat to the Netanyahu legacy, something I will explore in more detail in future columns.

For now, though, one more key point is worth making.

Look carefully at the leaders of almost all the center-right political parties. Most of them are run by people who used to be close Netanyahu allies:

Bottom line: Netanyahu is not a disciple-maker. He has great strategic strengths, but also very serious weaknesses.

He is a world leader, a statesman who commands respect on the global stage. But his political position at home is becoming weaker by the month.

The defection of Gideon Sa’ar is, therefore, a big deal. There will be many twists and turns ahead. And Bibi is a master politician, a crafty cat who has more than nine lives. So, don’t count him out.

But keep your eye on Sa’ar.

He’s smart, accomplished and shrewd. And he is coming for Bibi head on.

Israeli politics is already interesting. It is about to become even more so.