A defiant Benny Gantz, head of the Blue and White party, declared that he will run in the next election and do everything possible "to make sure that (Prime Minister Benjamin) Netanyahu will no longer be prime minister."

“The bright spot that awaits all of us at the other end of this elections season is that Netanyahu will finally release the country from his clutches, and stop sacrificing Israel’s future for his own personal, legal and political future," Gantz said. "Blue and White saved this country.”

In an angry speech in which he dispelled rumors that he will retire from politics, he called Netanyahu's handling of lockdowns "politically motivated."

Defending his former political alliance with Netanyahu, Gantz accused the prime minister of dragging Israel into its fourth elections in less than two years.

"I never believed Netanyahu, but I was willing to cooperate with him for the good of the country,” he said.

“There was not one minute in this government when Netanyahu viewed us as partners or acted for the country’s benefit,” Gantz said.

According to Gantz, Blue and White’s “great achievement” will be “the ending of Netanyahu’s political path.”

"Nissenkorn has chosen a new political home and is therefore expected to resign," Gantz said.

"Nissenkorn proved he cares only about himself first and foremost. He did not even have the courage to leave the party properly and resign. Huldai, watch your back," Blue and White said in an official statement. 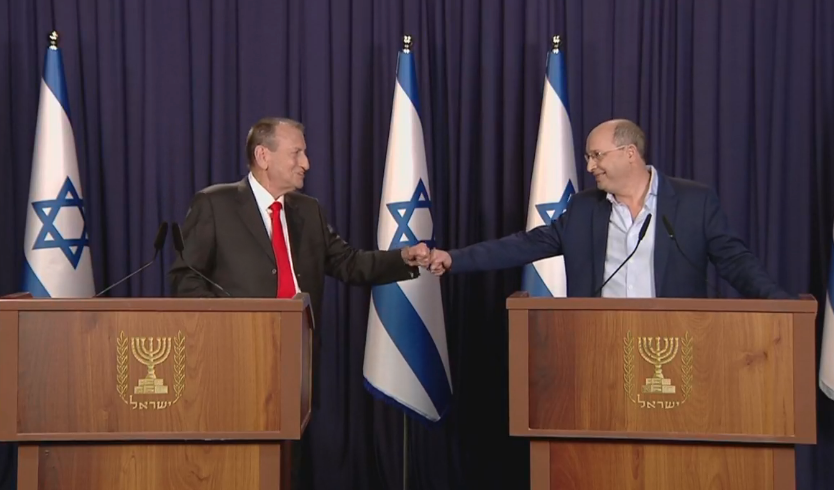 With the expected collapse of the Labor party and the imploding Blue and White party, Huldai will seek to market his new party as a political home for disillusioned center-left voters. Minutes after Gantz's announcement, Tel Aviv’s mayor of 22 years, announced that he is entering national politics with his new party, The Israelis. Huldai has been a longtime critic of Netanyahu and the rightwing bloc.

He stressed that his party will provide a real alternative for left-wing voters. Huldai attacked ascending right-wingers like Gideon Sa’ar and Naftali Bennett and presented himself as the antithesis of Netanyahu’s conservative government coalition.

“I decided I could no longer stand on the side and be silent,” Huldai said. “Israel can and must be run differently.”

According to a Channel 12 poll, Huldai, together with the former centrist Yesh Atid lawmaker Ofer Shelah, would win seven seats in the Knesset if elections were held today.

“I am excited and happy to join the New Hope movement led by Gideon Sa’ar, the next prime minister of Israel,” Halevi said.

Eilat’s mayor has emerged as a vocal critic of the Netanyahu government’s handling of the pandemic crisis. He left the Likud party over a year ago in protest over the closure of Tel Aviv’s Sde Dov Airport, which used to handle domestic flights to and from Eilat.

Since tourism is the main source of income for Eilat, the city is one of the worst hit places in Israel with skyrocketing unemployment as a result of empty hotels and hardly any tourists.

With this latest lockdown which went into effect on Sunday at 5 p.m., the government reversed a recent decision to consider Eilat and the Dead Sea resort area "green cities" for Israeli tourists. Both are now closed again after a brief stint at being open.