The current lockdown is going to destroy the State of Israel and devastate more lives than COVID-19 itself.

This is the dour assessment of hundreds of senior doctors, professors and scientists from around the country who are calling on the government to rethink “unnecessary” lockdowns and pursue a “common sense” approach that allows the country to return to normal, stops robbing individuals of their freedom and protects those at risk.

“This destructive third lockdown will cause severe damage to hundreds of thousands of households in Israel,” doctors from the Public Emergency Council for the Coronavirus Crisis wrote in a letter urging the Knesset to reconsider shuttering the country. "It will lead to another rise in domestic violence, dropout of more students from the education system, delay further diagnoses of cancer, increase rates of depression and anxiety, increase the loneliness of the elderly and many other heavy damages."

“This lockdown is wrong and unnecessary. It is not health versus economy. This is a health hazard!” the group wrote adding that “it is time for the public to know the scientific truth.” 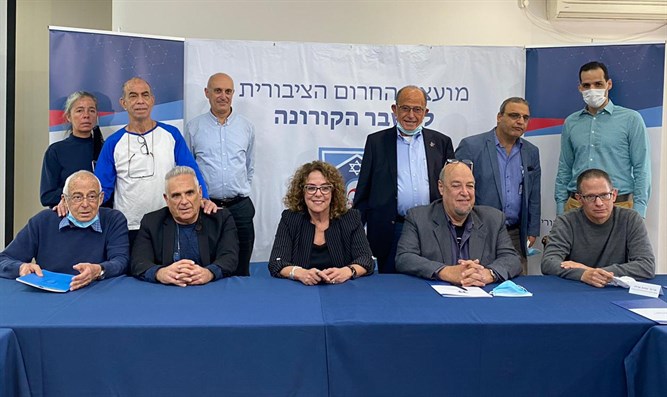 Prof. Eran Dolev, former IDF Chief Medical Officer and Medical Association Ethics Committee chairman said that choosing a lockdown for an entire population “ignores a number of much less extreme and more effective ways of dealing with the outbreak.”

“A lockdown is a powerful device, a doomsday weapon that should be used when all options have been exhausted or situations close to that,” he said.

The Public Emergency Council and other organizations represent at least 200 health professionals around the country. Another group, Model Common Sense, has the tagline: “150 doctors and scientists say instead of panic – common sense!”

They believe in “a scientific solution that provides focused protection for those at risk - out of personal and free choice - and to maximize routine for those who are not at risk.” 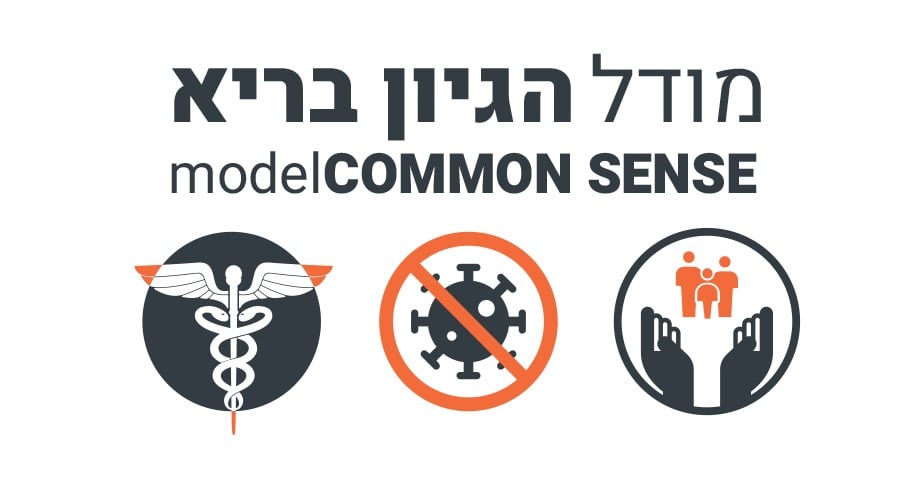 This has led to the collapse of tens of thousands of businesses and the loss of income for 1 million Israelis.

What’s more, Prof. Asher Elhayani, former CEO of an Israeli HMO and director of Meir Hospital, contends that only one opinion is given a platform. Talking heads on TV news shows and the health experts on the Knesset’s coronavirus cabinet all promote “lockdown” as the solution.

And yet, it hasn’t worked, he said.

“The people that have been on the corona task force do not understand how to deal with the pandemic. They are taking the wrong approach to protecting public health,” Elhayani insisted. “Why is there more than one lockdown? If the first one didn’t work and a second didn’t work, then why have a third, fourth and fifth lockdown?”

“There is too much panic and fear, and decisions are being driven by fear and anxiety,” he said. “I think it is the government’s job to weigh the dangers to the public. A lockdown is not good for the general health of the public.”

Despite the panic and dire predictions that accompanied the arrival of the coronavirus, the number of Israelis who have died this year is exactly the same as last year, according to official Israeli statistics.

“Until late July 2020, and particularly from March through July, there was no indication of an excess mortality in Israel despite the increase in the number of people who died of the Coronavirus and the increase in their proportion among the overall number of deaths,” Israel’s Central Bureau of Statistics reported. “From the beginning of 2020 to the end of July, 27,500 residents of Israel died. There were 27,550 deaths during the same period in 2019.”

And of the more than 3,000 deaths of COVID in Israel, 92% of the victims had pre-existing conditions such as heart disease, high blood pressure or diabetes, Haaretz reported earlier this month citing Health Ministry figures. Some 80% of the victims were 70 years old and up.

That is why Model Common Sense recommends protecting the at-risk population while freeing up the majority of people to go about their daily lives.

Prof. Shoshy Altuvia, faculty of Medicine, Molecular Genetics and Biotechnology at Hadassah Medical School, said the lockdowns have been counterintuitive.

“When Israel opens up, the roll back is not being done correctly. If you only let a few people in a store, then you leave a crowd of people waiting tightly in a line outside,” she explained. “If the bus company operates at lower capacity, then there are more people crowded on the bus.”

“It is as if someone is purposely not thinking correctly or they are deliberately trying to infect the public. It’s not clear to me what is happening,” she continued.

She advocates for a full reopening of the country: “We need to open everything: theaters, movies, exercise facilities. We should only focus on how to protect those in danger.”

These doctors say that fear of catching the highly contagious COVID and the loneliness caused by “social distancing” are resulting in other pertinent and deadly medical issues.

“I saw the horror occurring before my eyes, the old people don’t want to go to the emergency room, afraid to go to the HMOs,” said Prof. Yaakov Gindin, chairman of Dignity and Patients’ Rights Committee and National Council for Geriatrics member. “There are a million elderly people in Israel, about 100,000 of whom are demented who do not understand that there is coronavirus and do not understand why their children and grandchildren have disappeared.… Some of them — and I see it — have developed geriatric anorexia because of the coronavirus; they commit suicide by stopping eating.”

“In the next decade we will be paid back with a lot of sickness and mortality due to neglect. I suggest not locking down the elderly, not preventing the children from reaching out to them, and fortifying the people with care and what the community and the state give them."

"To vote for this lockdown is in fact to vote against the elderly in Israel,” he said.

Severe and unquantifiable damage is also being done to children by keeping them out of school, Prof. Amos Adler, epidemiologist and pediatrician said.

And family doctor Yoav Yehezkeli said Israel has applied more “draconian” than those imposed in Europe during lockdown which have had tragic consequences.

“About a month ago I saw a 32-year-old patient who had suffered from abdominal pain for many months and refrained from seeking medical attention due to the fear of being infected," he said. “In the urgent tests done for her when she suffered from intestinal obstruction, she was found to be suffering from a colon tumor with metastases.”

“My family doctors and I see the damage of lockdown to physical and mental health every day, and they should also be taken into account and presented to the public,” he warned.

Nevertheless, the Health Ministry says an extremely strict lockdown is the only solution. This latest third lockdown, which began on Sunday, has closed most businesses, but is not extreme enough for these officials with schools and many work places still open. Coronavirus czar Nachman Ash has been predicting the extension and tightening of the current two-week shutdown since before it even started.

Dr. Sharon Alroy-Preis, the head of the Health Ministry’s public health services division, got into a heated exchange on Monday during the Knesset committee meeting.

“We are using the word ‘lockdown’ even though this is not a lockdown if people are still going to work and school,” she yelled. “There isn’t a lockdown.”

More and more doctors around the nation are taking the opposite position since these same policies have failed to end the 10-month crisis.

“Hundreds of thousands more unemployed, and tens of billions of shekels more damage for a closure that lacks any scientific justification, when there are no hospital loads, no increase in mortality, and, within two weeks, the entire population is at risk of being vaccinated!” Dr. Eli David posted on Twitter on Dec. 24. “Any politician who supported this closure will be remembered forever as someone who supported the destruction of the people and the state.”

Meanwhile, doctors and others who lobby for opening the economy are now tagged with the disparaging name of “corona-denier.”

But as Dr. Tomer Cooks, director of Microbiology, Immunology and Genetics at Ben Gurion University, noted, “I do not deny that corona is a difficult virus. It really effects the elderly population. However, it isn’t the only virus.”

“There is a decision to make. We can keep everyone locked in their homes, sterilize people and not be infected with coronavirus. But is that the goal? That’s not my goal,” he said. “My goal is to find a sustainable way to live in society and have a reasonable way of life.”