The outcome of the Nov. 1 election seems to hinge largely on the turnout of Arab voters. So how are Arab Israelis going to vote? And more specifically, what about the Arab Christians – an important and overlooked minority in the State of Israel?

Arabs in Israel make up a strong 21% minority. Of them, most are Muslim and a tiny percentage are Christian – most from an Orthodox or Catholic background. In a 2021 survey, the Central Bureau of Statistics reported that 182,000 Christians live in Israel – about 1.9% of the State of Israel’s population; most of them are Arab and most reside in the North.

Even fewer are of eligible voting age – estimated around 95,000.

Christians have been in the Holy Land from the time of Jesus. Some families trace their history in the land back hundreds of years. Their presence has served to preserve holy sites that Christians from around the world throng to on spiritual pilgrimages.

Today, Arab Christians are among the highest educated population in the modern State of Israel and hold top positions in medicine and law, among other fields, with one recently retiring as a Supreme Court justice.

While they are largely integrated into Israeli society, which is predominantly Jewish, they more widely identify with, live with and speak the same language as other Arabs – Muslim Israelis and Palestinians.

But with such a small representation in the Knesset and a minuscule voting bloc, no one is pushing for the needs of Christians at the highest levels of government. And few Christians have risen in political leadership.

In our first article in this series, we explored the voting preferences of other religious minority groups, Messianic Jews and Evangelical Christians, many of whom choose parties along religious issues such as abortion.

Arabs Christians, on the other hand, tend to vote on issues important to the Arab population and not along religious lines – hence most of their vote is concentrated on the Arab parties, many of which have an anti-Zionist platform and call for the return of Palestinian refugees and their descendants.

In previous years, several of the Arab parties ran together as the Joint List and became a formidable opposition group in the Knesset – the third largest party with 15 mandates in 2020. But due to disagreements, the parties have peeled off and are running on their own – leaving some with little chance of getting into the next Knesset at all.

FINDING SAFETY IN THE COMMUNIST PARTY

Ghassan Monayer, a Christian and a political activist from Lod and Ramle, has worked inside the Knesset and with the Balad party. He explained that the bulk of the Arab vote has traditionally gone to Hadash which, though Communist is “secular” and seemed safe with a broad platform.

But when Balad was established in 1995 by a Christian, Azmi Bishara, many nationalist Christians who want to maintain their Palestinian identity joined the new party. In 2006, Bishara fled Israel after coming under investigation for supplying information to Hezbollah. He professed his innocence and said he fled because he would not get a fair trial in the Jewish state.

But the party has carried on “asking for equality under the umbrella of the Zionist, Jewish state,” Monayer said.

“Balad is a nationalist party. We don’t accept the country defined as ‘Jewish’ because when you define a country as Jewish it means it’s not Arab, not Christian or Muslim,” Monayer said. “It means, automatically, you do not consider us as part of this country and it makes us second-class citizens. We want complete equality in this country.”

Monayer said Arabs want the cancellation of the Nation-State law, which he calls racist since it anchors Judaism as the national religion and, he said, renders a second- and first-class people.

“That means I have no belonging. So it means the basis of this state is racist,” he said.

Monayer does not hail the Muslim-Arab party Ra’am's historic inclusion in a governing coalition as a sign of hope for integration and equality. He said that by joining the Jewish parties, Ra'am suffered a political price among Arabs .

“The price that Mansour Abbas and his party paid for this nonsense is huge,” Monayer said. “He voted for continued occupation. They made him vote against Family Reunification law (which affects Israeli citizens married to Palestinians), compensation for elderly and against his people’s benefits and interests. The price he paid is much more than the benefits he got.”

Ra’am has only four seats now and will just eke out another four in this election, according to the polls.

The dilemma for Arab Israelis is that they are a minority group in a Jewish state; they are Israeli citizens yet ethnically connected to Palestinians; and, for Christians, they are concerned about their freedoms as a minority within a minority.

“We really need somebody that cares for our history, that keeps the holy places – Jesus was born and lived and died here. It is our memorial to our Lord and Savior. We want someone to respect us and to give us the opportunity pray where and how we want. This is the only place in the Middle East where we can do this, the land of Israel,” Saleem Shalash, pastor of Home of Jesus the King Church in Nazareth, told ALL ISRAEL NEWS. 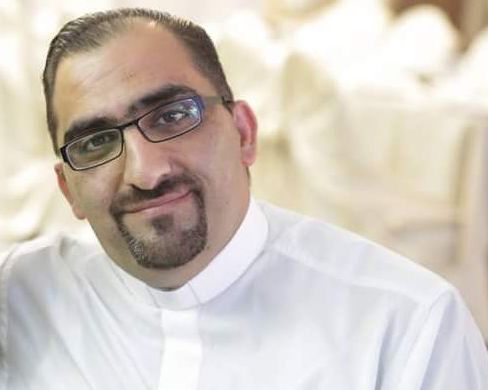 Shalash has an interesting take as both a religious leader and a regular citizen. He noted that Christians may overlap with ultra-Orthodox parties in opposing certain issues on moral grounds – such as abortion and LGBTQ. But on the other hand, left wingers are more open to coexistence with Arab citizens, but would push for the morally challenged agendas.

Shalash notes another point he draws from the Bible: “We are all brothers – Abraham Accords, sons of Abraham, one family.

Christian citizens should be asking then, “What is our purpose as God's children in the land of Israel? We need to pray and find it. We need to be bridge builders and peacemakers.”

Some of the issues plaguing Christians also concern the rest of the populace such as the exorbitant cost of living, Shalash said. But other challenges are specific to the Arab community, such as a higher crime rate and shoddy infrastructure.

Currently, no party specifically addresses Christians and their needs.

“We need a Christian party that is honest and fights for the rights of the Christians in the land of Israel,” he said.

When asked, Shalash said he never heard of the Bible Bloc party which states it wants to represent Christians in the Knesset and has one Arab on its list.

A Catholic, who asked to remain anonymous, told us he believes Balad is the best bet for a Christian here because equality between Arabs and Jews and ending the “occupation” of Palestinians will not be achieved by Jewish parties.

“No Jewish party represents me, not even Meretz,” one Jerusalem resident said of the far-left Israeli party. “I need a government that believes in equality, not (Jewish Power party head Itamar) Ben Gvir who wants the Arabs out; not (Likud leader Benjamin) Netanyahu. Balad believes it is not a ‘Jewish’ country – it is a country for all of the people living here.”

He said the disparity is glaring.

“If you go to (predominantly Arab) East Jerusalem, the streets are bad, the parking is less, there are no green places, parks for children – it’s not the same as the Jewish side,” he said.

“Yes there is integration, but there is also discrimination,” he pointed out. “We are all against terrorism, but will you condemn soldiers who kill Palestinians or people at the checkpoint?”

An Arab Christian journalist told ALL ISRAEL NEWS that the rise of the far-right – specifically Ben Gvir and the head of the Religious Zionism party, Bezalel Smotrich – is firing up the Arabs to vote.

“It’ll be a catastrophe if they become ministers in the next government,” he said. “The very picture of Ben Gvir as minister of internal security or Smotrich as justice minister is motivating the Arabs to go out to vote,” he said.

He also noted that if the Arab parties stayed together, they would have probably increased their bloc in the Knesset. Instead, the Arab votes are now split and Christians, he observed, are favoring Hadash and Balad with a smattering of votes that might go to the left-wing Labor and Meretz.

“It is important for us as a minority here to have some sort of influence, and improve life here so that everyone can have their place,” he said, noting that in addition to the Nation-State Law, the rising prices of basic goods and the Israeli-Palestinian conflict are main issues that voters will consider at the ballot box.

Shadi Khalloul, founder and president of the Israel Christian Aramaic Association (ICAA), holds a rare – or at least hardly spoken – viewpoint. He said the anti-Israel, anti-integration policies of the Arab parties are not working.

“We don’t need those leaders, they are not our leaders. And by their behavior they make Ben Gvir and Smotrich stronger and stronger,” Khalloul said. “We, as Christians, speak in a moderate way.”

Khalloul identifies as Aramean and says “Arab” is a synonym for Muslim. He also served as a captain in the Israel Defense Forces and has run on two major and right-wing party lists – Likud and Yisrael Beytenu.

He blames Jewish Israeli leaders for not recognizing the small but powerful Christian vote and for failing to place a Christian in a respectable position in their parties.

“We can be agents of change here,” he said.

“We are part of this county, we are 2% and we need to be represented in the Knesset,” he said. “We are a minority that has a unique status and that needs somebody to speak out for it. The Jews won’t speak out for us. The Druze won’t.”

Mansour Abbas did not either when he was in the coalition, Khalloul noted. He got stuff done for Bedouins, not all Arabs. Khalloul said the 31 Christian schools in Israel need funding and the government should be investing in Christian neighborhoods.

“We are the quiet people who want to live in peace,” he said. “If we can fix these issues for the Christians, maybe this will educate Muslims who think they can achieve things by aggression and violence against the state. Maybe they will think twice.”

Khalloul predicts low voter turnout among all Arabs, especially for Christians who “don’t see any party representing them.”

“That is why if they see a Christian in a Jewish party with a respectable place on the list, they will vote for them,” he said.