The word “Arab” is widely used to refer to both the indigenous Christians and Muslims in the country who speak Arabic – anyone not Jewish more or less.

Not so, says Shadi Khalloul, an Israeli Christian.

And he is on a mission to radically redefine – or rather, refine – the nomenclature traditionally used to define his people.

Indigenous Christians are “Aramean” and not ethnically “Arab” – a word that Khalloul says is synonymous with Muslim.

“We still exist here as a local, native people. Our origins are Aramaic, Jewish, Israeli, Hebrew,” Khalloul explained. “This is what we are.”

Khalloul – founder and president of the Israel Christian Aramaic Association (ICAA) – is working to restore the language, identity and classification of these Christians in the State of Israel. 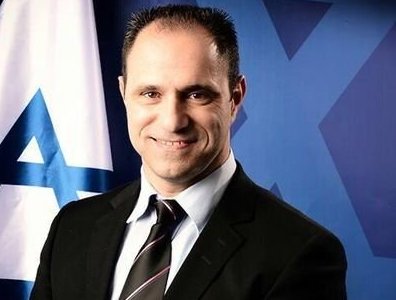 Khalloul said that the Christians – because they speak Arabic – have been swept into a nationalistic agenda for the entire Middle East. And this obscures the true history and identity of Christians here.

“Because of the mask of Arabism that was imposed on us they think we belong to different people, or some of the Arab and Islamic nations,” Khalloul explained.

WHO AHE THE ARAMEANS?

A Semitic people group, the Arameans are named after the land they occupied, Aram, which encompassed modern-day Syria – the region of Mesopotamia – during the time of Jesus. The Aramaic language was spoken in the region, including by Jesus, and to this day some Jewish documents and prayers still use Aramaic. Much of the Kabbalah and part of the Talmud is written in Aramaic.

Aramean – or Syriac Christians – live throughout the region as far as Iraq, Iran and Turkey. Here in Israel they mostly live in the North.

According to Robert Nicholson, president of The Philos Project, Aramean Christians see themselves as “part of an indigenous Semitic population that inhabited the Near East long before the Arab conquests of the 7th century.”

“Arameans claim a unique identity rooted in the Syriac language of their churches and ancient books, and profess strong loyalty to the State of Israel as Christians linked to the Jewish people through common cultural bonds,” Nicholson wrote for ALL ARAB NEWS.

For centuries, these Christians and others spoke Aramaic, but gradually they adopted the Arabic language in order to communicate with the ruling powers and also at times to hide their Christian identity.

This shift to a new language blurred the ethnic identity of many of these Christians. 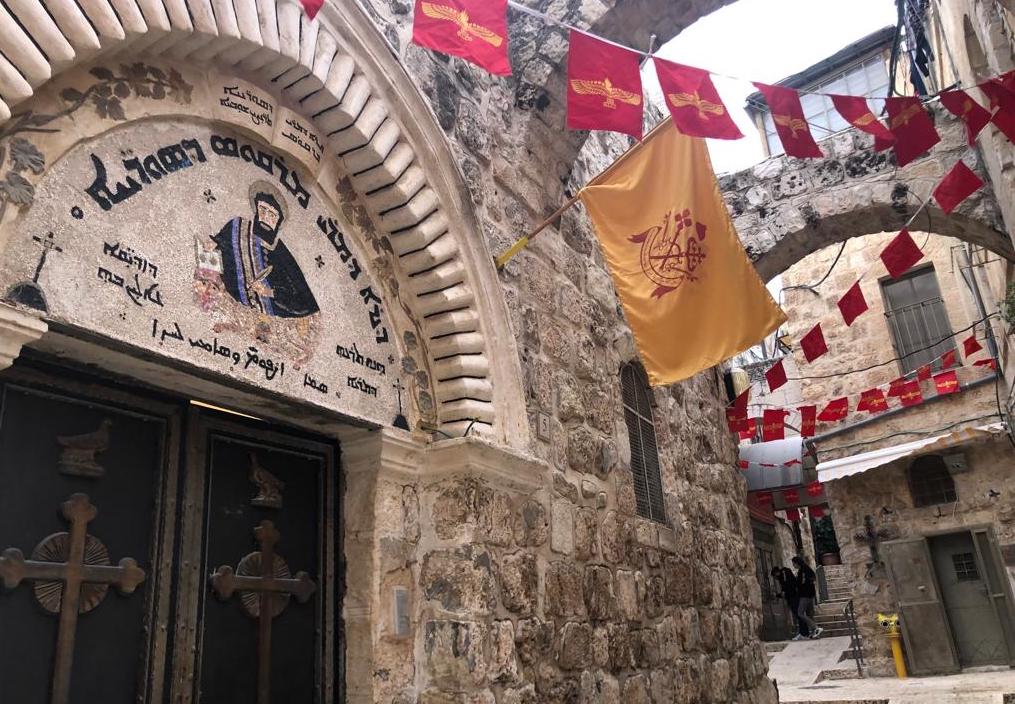 The Christian Quarter in the Old City of Jerusalem (Photo: ALL ISRAEL NEWS)

WORKING TO RECLAIM THEIR IDENTITY

Khalloul grew up in northern Israel in Jish – or Gush Halav. After he served in the Israel Defense Forces, he left to study business and finance in Las Vegas. As part of the curriculum, Khalloul had to take an English literature course – either Shakespeare or the Bible. He chose to go with the Bible since, as a Christian, he was familiar with the holy book more so than Shakespeare.

“We analyzed the scriptures from an English literature way,” he said in an interview with ALL ISRAEL NEWS. “They got to the part that says, ‘Talitha kumi,’ and the Catholic professor said, ‘This is not English, this is Aramaic.’ He said most Jews spoke Aramaic at that time and, unfortunately, the language died.”

“I raised my hand immediately. I said, ‘Excuse me, professor, that language didn’t die – we still speak it in the church, we pray in this, it is our sacred language in the church, in the Maronite church.’”

Khalloul explained that he belongs to the Syriac Maronite church of Antioch.

Intrigued, the professor asked Khalloul to prepare a presentation on the identity and history of Christians in the Middle East. At the end, Khalloul prayed the Lord’s Prayer in Aramaic bringing many of the people listening to tears.

“They wanted to help my people… but I wanted to leave,” Khalloul reminisced about his plan to get his business degree and live the American dream.

“Always I was blaming the West for not helping the Christians in the Middle East,” Khalloul said. “But that is not the case. The case is, there is ignorance about who we are and what we stand for and about the values we share with them and with Jewish people.”

When Khalloul saw that his presentation moved these Americans, and that they wanted to help Christians in the Middle East, he decided to drop his dream of a business career and go back to help his own people.

“I decided, I am going to go back home and establish the ICAA – the Israeli Christian Aramaic Association – with two main goals. One goal is to revive the Aramaic and Syriac language in our Galilean Christian community and to advocate for our rights as minority in Israel,” he said.

Back in Israel, Khalloul got to work on the first goal immediately.

The Israeli school system, like most of Israel, is – simply put – complicated. The public schools are divided into Hebrew-speaking and Arabic-speaking curricula. In addition to regular subjects such as math and science, the Hebrew-speaking schools learn about Jewish holidays and the books are all in Hebrew while the Arabic-speaking schools learn in Arabic and from an Islamic perspective.

This set up leaves out Christians, which are a minority in Israel – just 2% of the population, or about 185,000 people.

But in 2009, Khalloul managed to get Aramaic taught as a language in schools in his mixed Muslim-Christian town on the border with Lebanon despite opposition from Muslims in the Ministry of Education.

“That’s the struggle of living in mixed town with Arabs, like in our town where they don’t agree with having something different or learning your own roots,” he said. “They want to impose on you only Islamic and Arab history and that’s what the Christians learn and that’s one of the problems.”

In 2021, Khalloul hosted then-Prime Minister Benjamin Netanyahu in his town and spoke about what he calls the Islamic pan-Arabist control of the curriculum – an attempt “to brainwash the minds of our children and distance them from their Aramaic Christian and Jewish roots, and from being loyal proud citizens of the State of Israel.”

“Our young people need to be educated to feel valued and protected and respected, like all other Israeli citizens,” Khalloul said. 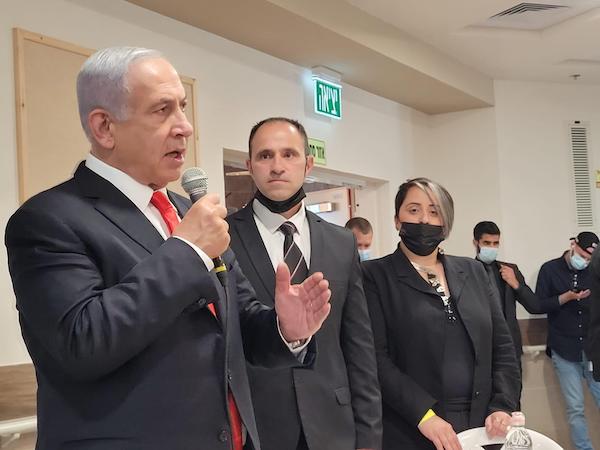 And Khalloul is doing his part. He urges Christians here to integrate into Israeli society – and the best way to do that, he believes, is “to share first of all the defense of our home together, Israel.”

“If Israel is weakened, we all are weakened. We all will suffer here,” he explained, saying that while Jews are a majority in Israel, they are a minority in the region.

Israel, then, is a safe haven for both Jews and Christians, he contends.

This is a rare stance for a Christian here. Many Arabic speakers, including Christians, feel antagonistic toward Israel, while some identify with the Palestinians cause and many simply feel discriminated against and do not want to defend what is called the “Jewish state.”

But for Khalloul – who attained the rank of captain during his military service as a paratrooper and war veteran – defending the State of Israel is also defending the Christian cause.