As an Israeli citizen — and an Aramaic and Arabic-speaking Christian Maronite — I was honored to host Prime Minister Benjamin Netanyahu this week in our town of Gush Halav in the Upper Galilee of Israel.

Netanyahu is the only Israeli political leader who responded positively to our invitation to meet with our Israeli Christian minority community.

During his visit, I raised three vital needs for our community.

First, the Christian section in the Ministry of Education must not be controlled by Islamic pan- Arabists who try to brainwash the minds of our children and distance them from their Aramaic Christian and Jewish roots, and from being loyal proud citizens of the State of Israel. Our young people need to be educated to feel valued and protected and respected, like all other Israeli citizens.

Second, I urged him to adopt and implement the historic promise toward our Christian Maronite community and rebuild for us the one and only Aramaic Chrisian Maronite town of Kfar Biram. I told him that former Prime Minister Menachem Begin promised to do it and he received 90% of our Christian voters, in addition to our Jewish voters, who support our just cause.

Third, I urged the prime minister to act aggressively against organized crime in Arab towns. Silent, loyal, yet defenseless Israeli Christians are suffering from such high crime rates. It is not right.

Mr. Netanyahu promised us that he will work to better integrate our Christian and Aramaic minorities, working together to solve the issues that I raised.

He agreed that the roots of our Christian faith come from Judaism and there are many common roots in our two communities.

He also mentioned that Hezbollah is controlling Lebanon and only after getting rid of them can we make peace with that country. There are four Arab countries that have signed peace agreements with Israel in recent months and he believes more peace agreements are possible.

My colleagues and I have called on Israeli Christians to support Netanyahu and the Likud party in this election hoping to continue our activities to implement these needs.

I have the largest Christian political group in Israeli politics since I was myself a candidate for Knesset.

Together with good Jewish neighbors who will help us, we will succeed in building strong bridges between Israeli Christians and Jews. 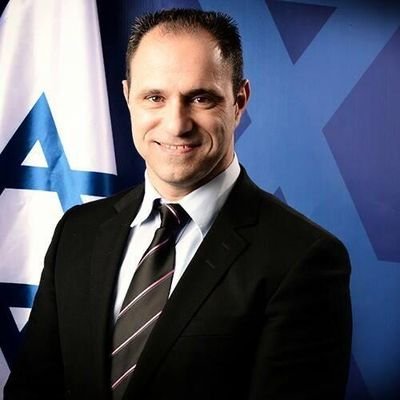 Shadi Khalloul is President of the Israel Christian Aramaic Association (ICAA). He is also a Philos Fellow.