Benjamin Netanyahu has been tasked with forming Israel’s next government and coalition talks are expected to begin in earnest this week. Last week, Israeli President Isaac Herzog held consultations with representatives of the parties that won seats in the 25th Knesset, as set by law.

Herzog came to his conclusion a few days early, giving the nod to Netanyahu, whose Likud party led the vote in the Nov. 1 election with 32 seats. Netanyahu now has the first opportunity to put together a ruling coalition, requiring at least 61 seats in the 120-member body.

And he will likely succeed having secured the backing of 64 parliament members for a right-wing government. The more complicated task he faces is deciding who will serve as his government's ministers and in which roles. Netanyahu’s far-right coalition partners, Itamar Ben Gvir and Bezalel Smotrich, are aspiring to get the defense, finance and education ministries. Some reports suggest the White House might be reluctant to work with them.

A special pop-up exhibition featuring 60 of Israel’s leading celebrities and government leaders, photographed with soldiers, aims to generate awareness of PTSD and to secure employment opportunities for Israel’s wounded war veterans. The exhibit will launch on Nov. 17-20 at The Gallery in Soho, in New York City. Among the familiar faces featured are former Prime Ministers Benjamin Netanyahu and Naftali Bennett, and Netflix “Fauda” stars Rona-Lee Shimon and Tsahi Halevi, photographed with combat veterans. 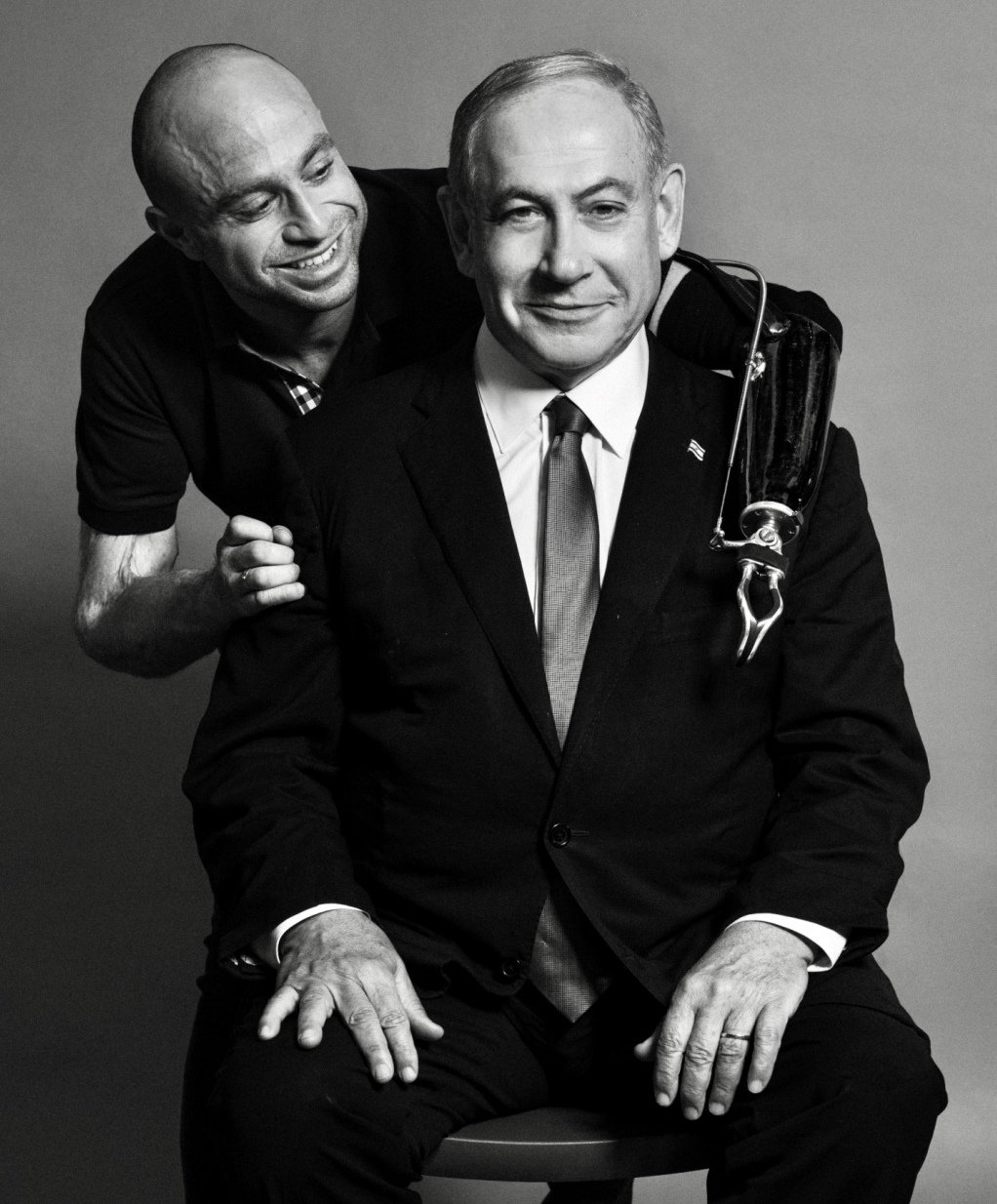 “These young combat veterans constitute Israel’s finest young men and women,” said philanthropist Ofer Yanai, whose organization SOS Israel is hosting the exhibit. “We must provide people with proper support and restore them to a life of being as happy and balanced as possible.” 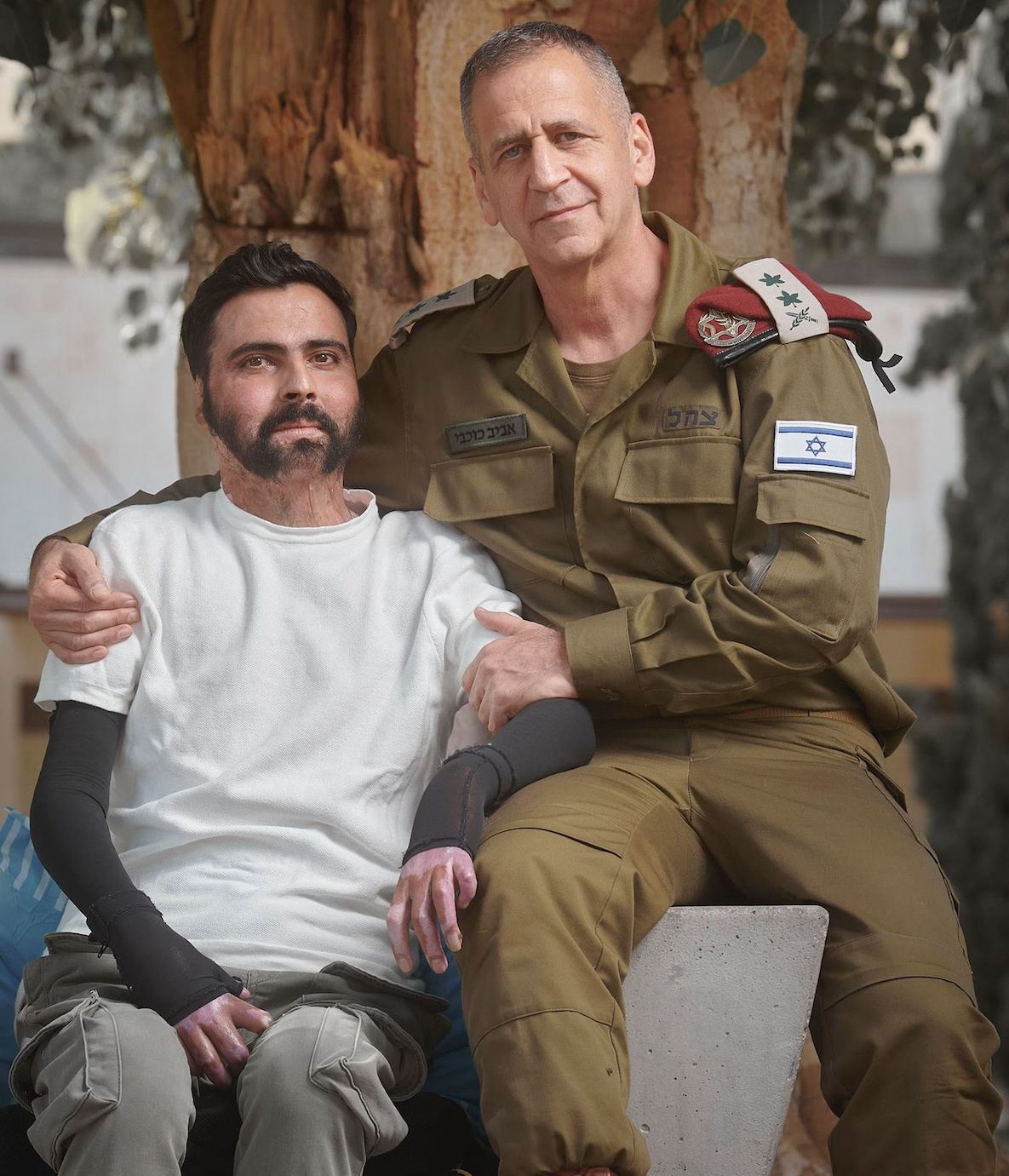 The 50th International Emmy Awards will take place on Monday, Nov. 21, in New York and will dedicate its opening evening, on Friday, Nov. 18, to Israel. The special tribute follows the Israeli thriller series “Tehran” winning “best drama” last year. Israel’s top entertainment professionals in the industry, including the creators of “Fauda,” “Losing Alice,” “In Treatment” and “Hostages” are expected to attend the celebration.

Recent years have seen a significant increase in Israeli-produced content that has managed to make inroads globally. Apple TV, Netflix and other platforms have picked up Israeli projects or have chosen to make adaptations of successful Israeli series.

Millions of football fans around the world are on the edge of their seats, counting down the minutes to the 2022 World Cup kickoff in Qatar. The opening game will take place on Nov. 21 between the host country and Ecuador. Overall, eight advanced stadiums will host 64 games, including the final – to be played on Dec. 18, Qatar’s National Day. The Gulf nation has been criticized for its treatment of migrant workers who were involved in building the state-of-the-art facilities for the tournament.

Around 1.2 million fans are expected to visit the country during the FIFA World Cup, including Israeli football fans – who will be allowed to enter the country despite Israel not having official diplomatic ties with Qatar. Neighboring countries like Saudi Arabia are hoping to capitalize on the inflow of tourists to the region.

Israel does not have a constitution, but one of the fiercest topics of public debate in recent years is the role and authority of the country’s judiciary branch. That is one of the reasons the Sella-Meir publishing house chose to publish a book that compiles the works of the late Supreme Court Justice Antonin Scalia – in Hebrew.

“Scalia’s brilliant arguments, written with passion, are a necessary source for everyone who wishes to understand the U.S. Constitution and the American justice system,” read a statement from the publisher, which specializes in original and translated conservative content. The book offers a collection of Scalia’s top opinions, essays and speeches. It will be available in Israeli bookstores starting this week. 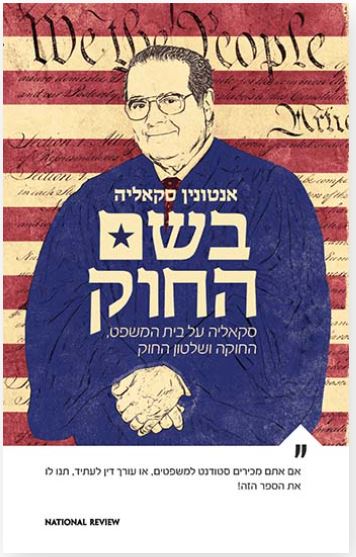 Cover of the Hebrew version of Justice Antonin Scalia's book

This week, we are also keeping an eye on these developing stories: