It's time to get to know Naftali Bennett, the military commander-turned entrepreneur-turned-politician who is prime minister of Israel and yet remains relatively unknown abroad.

Bennett is making history in Israel. He’s the first kippah-wearing premier, a modern Orthodox Jew, and he heads the smallest party of any serving prime minister in Israel’s history even being derogatorily referred to as a “seven seater.”

In a very broad sense, one can understand Bennett by thinking of Netanyahu – who was his mentor – and moving slightly to the right in both politics and religion. Bennett actually entered the political arena as Netanyahu’s chief of staff in 2006. But after the two had a falling out – as has been the case with many other Netanyahu protégés – Bennett struck out on his own.

Since then, Bennett has been in five different parties, including in Netanyahu’s Likud. He has held high-profile cabinet positions such as defense and education minister. But while his parties have actually failed to rise in political power – at least in numbers – Bennett has found himself to be in the position of kingmaker a few times, including in the current coalition.

At ALL ISRAEL NEWS, we've had our eye on Bennett, placing him on our list of Top 21 Israelis to Watch in 2021.

Bennett would have been the kingmaker in a Netanyahu government had the prime minister been able to gather a majority coalition. Netanyahu failed to do so, and instead Bennett became kingmaker – and king – in Yair Lapid's coalition instead with a ragtag group of highly diverse parties.

Bennett, 49, has fashioned himself as a right-wing nationalist and staunch defender of Israel who has said Palestinian “terrorists should be killed, not released” and that Israeli soldiers would adopt a “shoot-to-kill” policy – including for minors.

“They are not children – they are terrorists. We are fooling ourselves,” he said.

He also opposes a Palestinian state and has said he “would not give another centimeter to the Arabs.” In 2014, Bennett wrote in a New York Times editorial that "Israel cannot withdraw from more territory and cannot allow for the establishment of a Palestinian state in the West Bank.”

“If we were to pull out of the West Bank, the entire country would become a target for terrorists who would be able to set up rocket launchers adjacent to the Old City of Jerusalem and on the hills above the runways of Ben-Gurion International Airport and the Tel Aviv Stock Exchange,” he contended in the op-ed.

Nevertheless, this is the man who has just signed a coalition agreement with left-wing and Arab parties. He also signed a document during the last campaign saying he would not serve under Lapid as prime minister – the man with whom he brokered this coalition deal.

Mordechai Kedar, a senior research associate at the Begin-Sadat Center for Strategic Studies, has no doubt Bennett has the qualities to be a good prime minister. However, he fears this government will last not long after the swearing-in on Sunday afternoon.

“At a wedding party, everyone is hugging and kissing and smiling. The problems start the day after,” Kedar told ALL ISRAEL NEWS.

“He made such a big change from leading a right-wing party, which was supposed to be right of Likud, now to a coalition with parties that don’t even recognize Israel’s right to exist as a Jewish, democratic state,” Kedar explained. “This is something of a U-turn for Bennett.”

In a poll by Channel 12, 43% of respondents believe the government will dissolve in a “short time” and only 11% believe it will serve the full four years.

In any case, Bennett gets his shot starting tonight.

While he was a minister under Netanyahu, Bennett said he enjoyed his position “always a bit to the right of Bibi.”

“Whenever I make a statement on security or diplomatic matters,” he said at the time, “he has to match me.”

But the left-wing Israeli paper Haaretz, cast him as a politician who has not yet found his way.

“He’s not really a politician, certainly not a consistent one. He entered the Knesset for the first time just eight years ago, and just two years ago one of his parties even failed to cross the electoral threshold,” the article says, describing Bennett’s short time in politics as “a meteoric rise” on an “erratic path.”

Netanyahu’s failure to form a stable government over the past two years is what enabled Bennett to get back into the game.

Bennett was born in Haifa to American immigrants from San Francisco who moved to Israel in 1967. The family moved back to the United States for a while during Bennett’s childhood and, like Netanyahu, he speaks excellent English.

Though he was raised in a secular home, Bennett and his family became observant. He now describes himself as modern-Orthodox.

While in the Israel Defense Forces, Bennett served as a commander of two elite units. He studied law at Hebrew University, but found himself in the business world after he graduated. Bennett co-founded an anti-fraud software company, Cyota, and moved to New York with his wife, Gilat, where she worked as a pastry chef. Bennett sold Cyota for $145 million in 2005 and years later sold another company, Soluto, for $130 million. 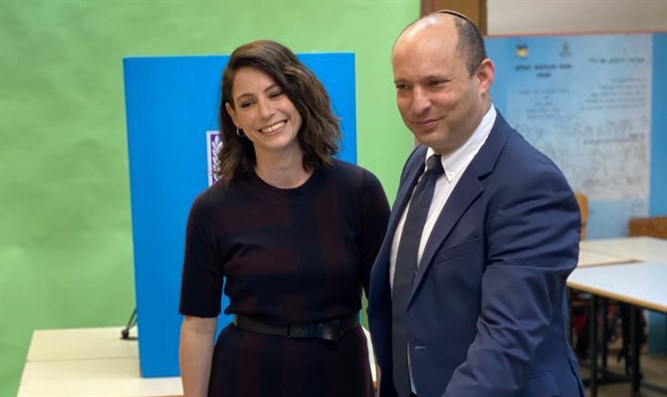 With their newfound fortune, Bennett and Galit returned to Israel, where they are now settled in Raanana, an affluent suburb of Tel Aviv, with four young children.

This is when Bennett embarked upon his political career. From 2006 to 2008, Bennett served as Netanyahu’s chief of staff. After he and Ayelet Shaked – who has become his long-time political partner – were both burned by Bibi, they staked out together and, since then, have founded several right-wing parties that were supposed to provide an alternative to Netanyahu’s Likud. This current one is called Yamina, meaning rightward.

In recent years, Bennett has been a guest speaker at internationally-attended Israeli conferences including the Christian Media Summit, an outreach of the Government Press Office to Christian communication organizations abroad. Bennett has generally been well received.

Bennett will be 51 years old when he completes his term as prime minister – if this government lasts that long.

“I told my kids that their father is going to make a move that will make him the most hated man in Israel,” he said in an in-depth interview on Channel 12. “But I’m doing it for my country.”

Kedar said this government faces a plethora of challenges, ranging from fundamental issues over the budget and, more divisively, security.

“There is nothing which I can compare this government with in the past. There was never such a government of right and left and Arabs together. Right and left is rare, but with Arabs – and not just Arabs, but the Islamic movement which sees no justification for Israel’s right to exist,” Kedar told us. “The common denominator of this government is only to not have Bibi as prime minister. That objective will be achieved this afternoon, but what will keep this government together tomorrow?” 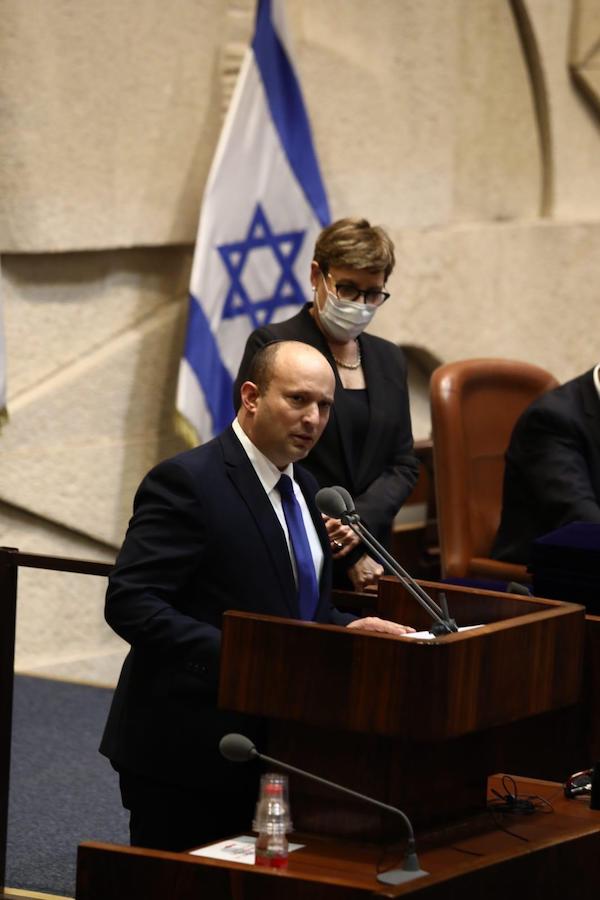