The world has been watching Russian President Vladimir Putin very closely in the past week as he maneuvered his nation's military into Ukraine and is waging an unprovoked war.

For anyone who has been observing the Russian leader, these current events may have come as less of a shock. ALL ISRAEL NEWS Editor-in-Chief Joel Rosenberg delved into the motivations, intentions and alliances of Putin in his recent book, “Enemies and Allies.”

In the chapter entitled, The Rise of a Russian-Iranian Axis, Rosenberg describes the long-time Russian ruler who has czar-like tendencies:

I believe there are two ways to explain Putin.

The first possibility is that Putin sees himself as a modern-day czar—a strong, authoritarian, even totalitarian monarch divinely chosen to work for the glory of Mother Russia, for her power, for her expansion, for her riches, for her supremacy in the world. Though he mourns its demise, I don’t think he wants to rebuild the Soviet empire. Why bother absorbing all the headaches of the former republics? Since he fears the prospect that Russia could ever appear weak, he looks for low-risk, high-reward military adventures that make Russia—that is, himself—look strong.

The second possibility is that Putin sees himself as a Russian version of The Godfather—a gangster, a phenomenally wealthy and murderous mafia boss. But Putin is not the aging Vito Corleone. Nor is he the rash and impulsive Sonny Corleone, who in his anger let down his guard and allowed himself to be assassinated at the tollbooth. Putin is more like Michael Corleone—cold, calculating, driven by an insatiable lust for money, power, vengeance, and respect—ungoverned by the laws of men and willing to intimidate or kill anyone who gets in his way.

“Enemies and Allies” – Rosenberg’s latest nonfiction book, which was released in September – paints a picture of how Putin operates, what alliances he has forged and why. 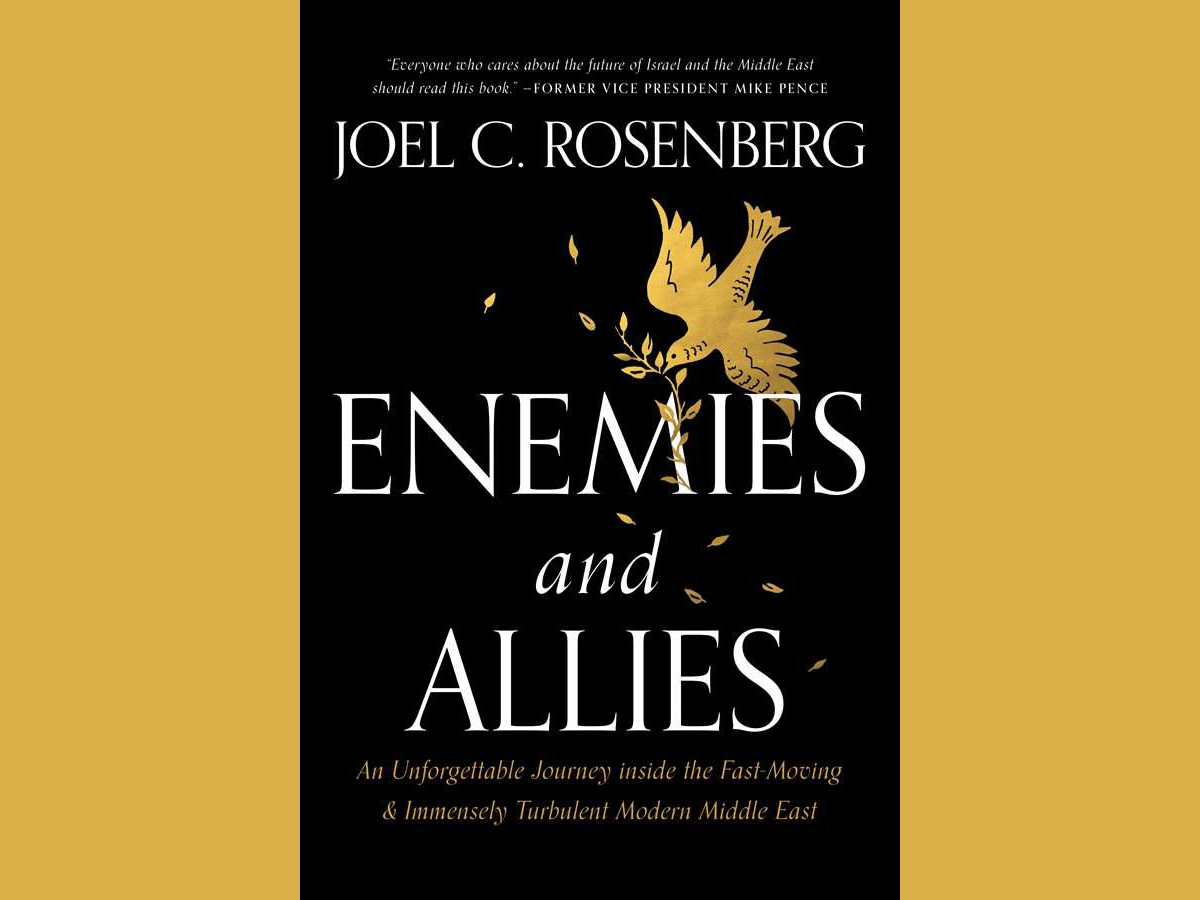 His ambitions in Former Soviet Union republics and his antagonism toward NATO seem to be clear.

Perhaps less known is that his interest was not limited to that side of the world. Putin has also chosen to align himself with the mullahs of Iran and their virulent anti-American policies, Rosenberg wrote:

The Russian leader has multiple motives. One is that he wants to pull together a vast coalition of nations who hate the U.S., will vote against the U.S. at the U.N., frustrate American foreign policy objectives around the world, and create a counterweight to what Putin regards as an unacceptable unipolar world led by Washington.

“A unipolar world does not exist anymore,” Putin said in his annual press conference in December 2019. “After the collapse of the Soviet Union, there was an illusion that this [unipolar] world is possible and could exist for a long time. However, it was just an illusion. I have always said that, and recent events serve as a testament to this.”

Putin attributed “the appearance of a multipolar world order” to global economic development. But, he said, the world “cannot have a unipolar structure with just one center that controls the entire global community.”

In Khamenei, Putin has embraced one of the leading anti-American figures on the planet. Putin is convinced that the Iranian regime is serving his purposes. But what if Putin miscalculates? What if, by helping Khamenei, Putin inadvertently creates a thermonuclear monster?

These are the questions I put to retired Major General Aharon Ze’evi-Farkash, who served as the head of Aman, Israeli military intelligence, from 2002 to 2006. It turned out these are exactly Israel’s concerns.

“Iran’s strategy is to have a nuclear military capacity as a threat to Israel and the region and the world—for them, it’s important to continue the [Islamic] revolution,” the general told me. But the Kremlin doesn’t see it.

No one thought those countries could build nuclear warheads and long-range missiles. But they did. And no one knew until they tested. But by then it was too late to stop them.

Meanwhile, it is Putin we may have to fear sooner than Iran. On Sunday, he ordered his own nuclear forces to go to the highest alert status possible.

“Putin ordered the Ministry of Defense to transfer the Strategic Missile Forces (this is not only nuclear weapons, but also the Kinzhal and Zircon hypersonic missiles) to a special mode of combat duty,” Mary Ilyushina, who writes for the Washington Post and CBS News, just tweeted. “This is the highest form of combat readiness of these troops.”