Hundreds of South Korean church members raised $300,000 in two months to help bring over two planes of Ethiopian Jews from Gondar and Addis Ababa this week.

Scenes of the Ethiopians disembarking at Ben-Gurion Airport on Wednesday and Thursday flooded Israeli media, marking the next stage of the ingathering of the nations that Pastor Sharon Lee of International Calvary Church (ICC) in Virginia said is so important to her and her congregants.

“We love Israel and we understand the purpose of aliyah,” Pastor Lee told ALL ISRAEL NEWS on Thursday, on the sidelines of the Jerusalem Prayer Breakfast. “I heard about the suffering of the Ethiopians Jews, and it stirred my heart. I prayed, and God gave me the inspiration of the importance of bringing them back to Israel. So, I shared my vision with my people, and they amazingly supported it.”

Her congregants quickly launched a fundraising campaign and raised money to bring the first group of around 340 Ethiopian Jews home.

She said that only around 500 South Koreans pray at the church each Sunday, though her online audience is relatively vast. Still, the pastor said, these are not wealthy people. Rather, they are “people with big hearts.”

The flights that arrived on Wednesday and Thursday, each carrying around 150 Ethiopians, are part of Operation Zur Israel (Rock of Israel). In late 2021, the government approved bringing 3,000 Ethiopian immigrants to Israel. The rest of the immigrants are expected to arrive on flights throughout the summer and fall.

Israel's Minister of Aliyah and Integration Pnina Tamano-Shata and Chairman of the World Zionist Organization (WZO) and Acting Chairman of The Jewish Agency Yaakov Hagoel visited Ethiopia ahead of these flights and went with the first group of immigrants on Wednesday.

“The government of Israel and the Jewish Agency are prepared for the absorption of these new Ethiopian immigrants,” Tamano-Shata said. “Together, we will make sure that the immigrants finally fulfill their dream, and reach home and their families.” 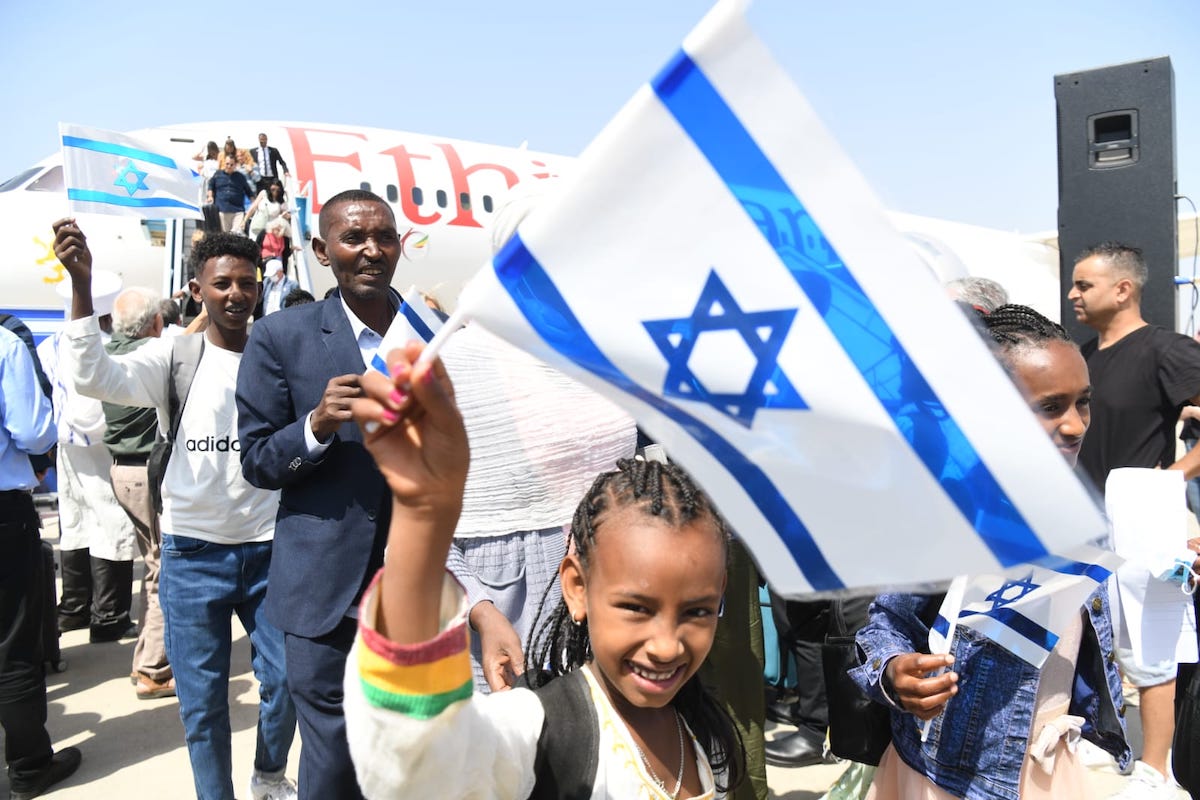 The Ethiopians will first move into absorption centers, where they will undergo a 10-month Orthodox Jewish studies program, as well as learn Hebrew and receive support as they enter the country’s education and employment systems.

“God gave them [ICC congregants] such a heart for the people suffering in Ethiopia,” Lee said, noting the suffering of the Ethiopian Jewish community throughout the last year as Ethiopia was plagued by a vicious civil war.

In addition, she added, her church believes that the ingathering of the nations, mentioned several times in the Bible, is a precursor to redemption.

“God asks for us to pray that His people will return from the South, North, East and West to His land,” the pastor said. She said that the Ethiopian Jews are believed to be descendants of King Solomon and Queen Sheba.

“For many years, these people have been horribly mistreated in their land – such a disgraceful life, with no electricity, no water, no private toilet. They deserve to be treated like royalty,” Lee added.

Operation Zur Israel was renewed by the government in 2021 and allows an additional 3,000 immigrants to unite with their first-degree relatives in Israel. The government has also asked that the ministers of the Interior and Aliyah and Integration work together to formulate a plan to bring any other Ethiopians awaiting aliyah to make their way to Israel.