Six million Jewish people were murdered because of atrocities committed during the Holocaust. But nearly 3.5 million survived – many of them saved by Christians – a reality seldom mentioned and its documentation rarely seen.

Helping Hand Coalition in Israel is looking to change that trajectory and bring these heroic stories to the forefront with their upcoming project, “Book of Life,” scheduled to be on permanent exhibit at the Vatican Museum in Rome.

According to the Helping Hand Global Forum, “Book of Life” represents the first time in history that the stories of these real heroes – Christians who risked their lives to save others during World War II – will be collected in one place to be used as examples of bravery for future generations.

The goal of the exhibition is to connect the former heroes of war with the new generation, helping them to understand the value of life, gain new inspiration, be shown how to do the right thing amid horrific times and rise to a higher level of humanity through respect and recognition.

The world’s leading Holocaust remembrance institutions – located in Israel, the U.S. and Europe, North Africa and Asia – will be part of a global campaign to find the testimonies, research, identify, collect and verify the facts. They will cooperate and consult with one another with the goal of publishing a digital archive of 100,000 testimonials and stories within the next three years, so the last living Holocaust survivors and witnesses are personally able to share their stories.

On May 18, the Helping Hand Global Forum delegation met with H.H. Pope Francis during an official visit of the Papal Audience at the Vatican. Delegation members, including Helping Hand President Andre Gasiorowski, were greeted by the Pope, who was shown the “Book of Life project presentation. The Vatican, one of the most well-respected places in the world, was chosen as the location for the “Book of Life” exhibition in order reach people of all nations, all ages, and all religions. 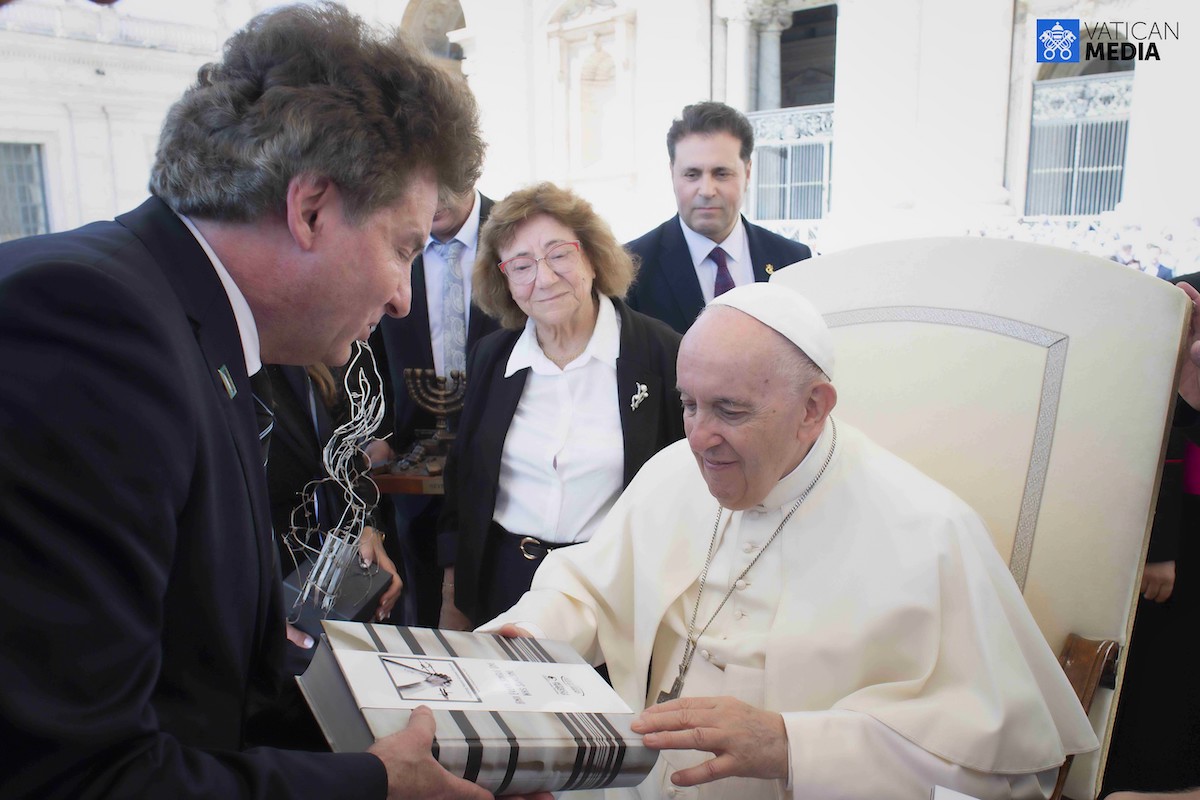 The presentation featured three stories of Holocaust heroes – Irena Sendler, Izak Goldfinger, and Gita Koifman — and four unique exhibit pieces, including a special limited edition of the book, “Every Single One was Someone”; the “Helping Hand” installation by artist Nikita Ben Ami; the sculpture “Fountain of Tears” by Canadian sculptor Rick Wienecke; and the exact replica of a rare 19th century Jewish prayer bowl, which was on display at the Crossroads Museum in Dubai.

The “Book of Life” initiative states that many individuals risked their lives during the Holocaust to save Jews and oppose the Nazi regime. And by supporting and protecting the Jews in Europe, “a light of hope was lit during this very dark and dangerous time.”

Helping Hand Coalition believes “Book of Life” is very important because it represents a bright spot of humanity in the face of evil.

They maintain that while many people believe the Catholic Church was silent during the Nazi annihilation of Jews, there were, in fact, many brave individuals who were prepared to sacrifice their own lives, with some estimates revealing that it took as many as seven people in cooperation to save just one Jewish life during the Holocaust.

“This element of history cannot be overlooked or forgotten. The testimonies of these Christians saving the lives of Jews must be preserved before it’s too late. There is no better place to display this evidence than in the Vatican Museum,” according to an online statement from Helping Hand Global Forum.

In total, there are 27,921 individuals recognized as The Righteous Among the Nations – an honor given to non-Jews who risked their lives to save the Jews from extermination during the Holocaust in World War II. Of those individuals, about 25% – or 7,177 men and women – are from Poland, the highest number of any nation.

According to Yad Vashem World Holocaust Remembrance Center in Jerusalem, by the end of World War II, there were about 380,000 Polish Jews still alive. During the war in Poland, it is believed that as many as 100,000 Jews were hidden from the Nazis, which implies that more than 700,000 individuals were actively taking part in saving the Jewish lives. It is estimated that many Poles – the majority being Catholic – were murdered by the Nazis as a result of their unsuccessful attempt to save Jews in the Holocaust.