JERUSALEM—Israelis on Sunday will celebrate the 55th anniversary of the reunification of Jerusalem, which occurred during the Six-Day War in 1967.

But Israeli security forces are on high alert for the very real possibility that a new rocket war will erupt.

This year, tensions in the Holy City are already running high.

Palestinian extremists have been clashing with police and launching riots on the Temple Mount on and off over the past several weeks.

Now, Itamar Ben Gvir, a far-right wing lawyer-turned-Knesset member, has requested permission from the police to take a walk on the Temple Mount to demonstrate Israeli sovereignty over the site.

“I will act, with God's help, to restore sovereignty to Jerusalem in general and to the Temple Mount in particular, so that images such as those we saw last night, of groups of thugs beating police officers, shouting ‘Hamas, Hamas’ and informing us that they are the bosses of Jerusalem and mainly of the Temple Mount – will not be seen or heard,” Ben Gvir said in his inaugural speech upon being sworn into the parliament in April 2021.

Such a walk on the Temple Mount has been taken many times by Israeli leaders over the years.

As of Saturday evening, the police are indicating that they will allow the walk on Sunday, just hours before the annual “Jerusalem Flag March” in which thousands of Israelis walk through the streets of Jerusalem with Israeli flags, celebrating the city’s unity under Israeli rule.

But given the sensitive timing – and the background of Ben Gvir whose history of making extremist, anti-Arab statements that are seen by many Israelis see as racist and incendiary – the move could be used as a pretext by Hamas and other Palestinian terrorists in Gaza to justify a new barrage of rockets against Israeli civilians.

Just last week, Israeli intelligence forces discovered a plot by Hamas operatives to assassinate Ben Gvir and arrested the group before they could act.

Ben Gvir is the founder of the “Jewish Power” party.

As ALL ISRAEL NEWS reported in March 2021, the Jewish Power party “is comprised of disciples of the late Rabbi Meir Kahane, whose political party, Kach, was banned in Israel because its platform ‘incited racism,’ and was declared a terrorist organization by the United States.” 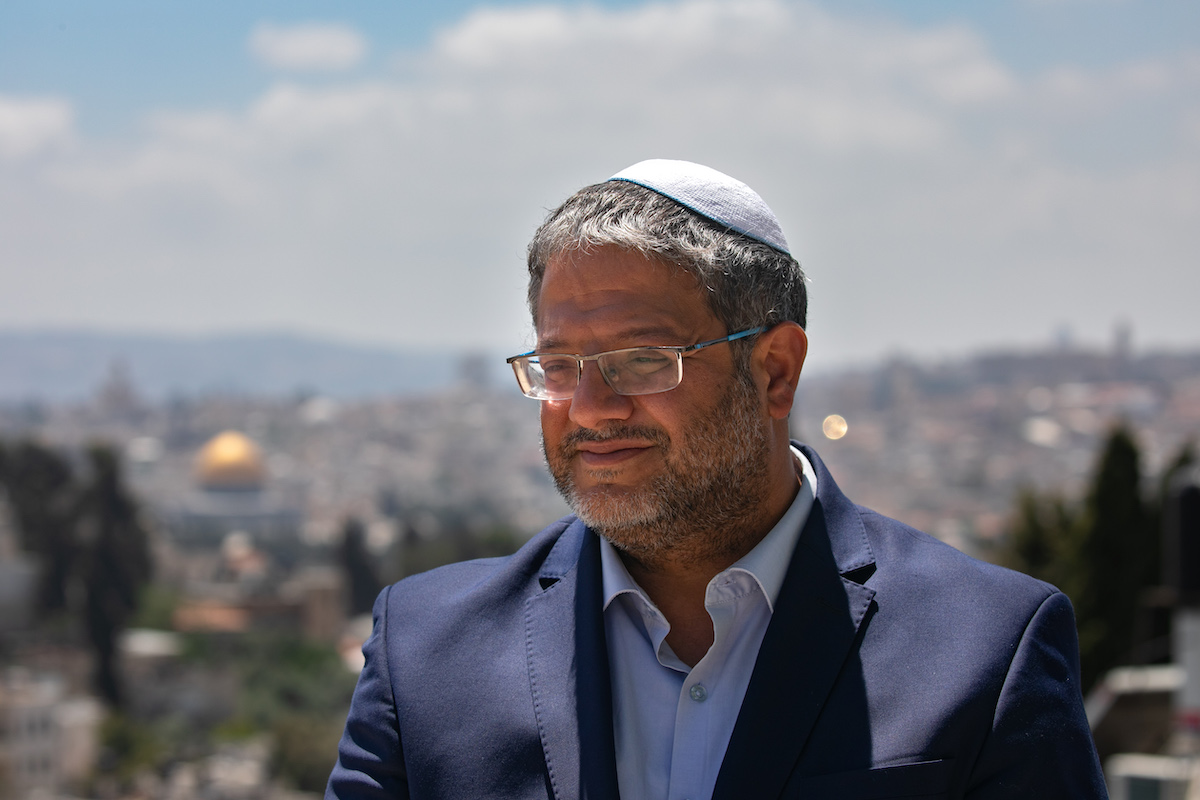 Over his years as a lawyer, Ben Gvir's “client list reads like a ‘Who’s Who’ of suspects in Jewish terror cases and hate crimes in Israel,” the Israeli daily, Haaretz, wrote.

Among Ben Gvir’s clients were two Jewish teens accused in the arson attack that killed three members of a Palestinian family – including a baby – while they slept.

Ben Gvir also defended the man convicted of setting fire to the Church of the Loaves and Fishes in 2015.

Notoriously, he has defended Bentzi Gopstein, director of the radical anti-assimilation group Lehava, accused of incitement, racism and terrorism.

Gopstein has led violent protests at both Messianic Jewish and Christian events and once said Israel should expel all Christians.

Jewish Power favors a one-state solution and calls for Palestinians to pledge loyalty to the Jewish state or be expelled from the Land.

Ben Gvir and his ideological allies were encouraged to run for the Knesset by former Israeli Prime Minister Benjamin Netanyahu who was looking to expand his right-wing coalition in order to come back to power.

The Jewish Power party did, in fact, get elected in 2021, but without enough seats to help Netanyahu remain prime minister.

Ben Gvir remains one of the most provocative players in Israeli politics.

Even many of his sharpest detractors believe Jewish Israelis should have the right to walk on the Temple Mount and pray there, too.

But they believe Ben Gvir is the entirely the wrong man to be asserting Israeli sovereignty.

They fear he and his colleagues could very well trigger a whole new war, just at a time when Israel’s economy – and tourism industry – are recovering from the COVID pandemic and the last war.

Hamas and other Gaza-based terror groups fired more than 4,300 rockets and mortars toward Israeli population centers during the conflict last May.