Israeli intelligence services and police revealed on Tuesday that a Hamas terrorist cell from East Jerusalem planned to carry out several attacks against Israelis.

The group plotted to shoot at Israeli targets and public figures, including far-right Israeli lawmaker Itamar Ben Gvir, according to the police. They acquired a drone and wanted to use it to attack the Jerusalem light rail while also planning to manufacture explosive devices and abduct soldiers.

According to a statement from the Israel Security Agency (Shin Bet), the members of the cell planned to hide in Hebron or Jenin after carrying out their attacks.

The Israeli security agencies uncovered the terror cell in a joint operation back in April. Among the five suspects arrested were the leader of the group, Rashid Rashak, a prominent Hamas militant in the Old City of Jerusalem, and Mansur Tzafadi, a Hamas militant from Abu Tor. 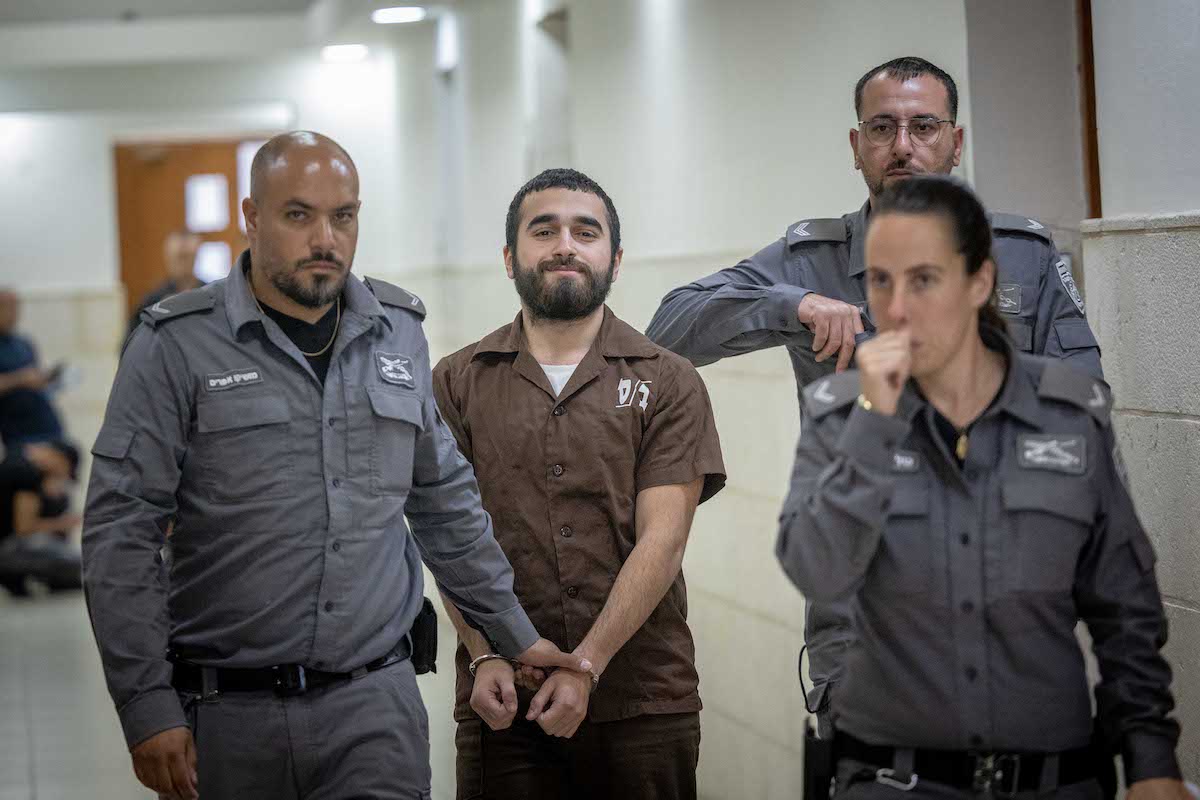 One of the five men suspected of being members in a terrorist cell that planned to assassinate Itamar Ben Gvir and carry out a series of terrorist attacks, at a court hearing at Jerusalem District Court, May 24, 2022. (Photo: Yonatan Sindel/Flash90)

Police said Tzafadi planned to establish two additional cells designated to carry out a shooting attack or suicide attack in Jerusalem. The investigation also revealed that Rashak allegedly established a network of Jerusalem militants that were sent to incite neighborhoods in the east of the city during Ramadan, including on the Temple Mount. The militants stirred up pre-planned riots at the holy site by recruiting activists, spreading Hamas propaganda and delivering fireworks and flags, police said.

"We will continue to act resolutely in order to bring to justice those involved in all terrorist activities in general and in the city of Jerusalem in particular,” the Shin Bet and police said in a shared statement.

Prime Minister Naftali Bennett has been regularly updated on the investigation, his office said. Bennett instructed the ISA and the law enforcement authorities to take all necessary measures to apprehend anyone posing a threat to the citizens of Israel.

Ben Gvir used the planned attack on his life as an opportunity to slam Bennett, Foreign Minister Yair Lapid and the left. He said that their rhetoric against him has impacted Palestinians who now hear his name and believe that he is a “Satan, planning to turn the world upside down.”

"I call on Lapid, Bennett and the Left to stop the incitement against me," the far-right lawmaker told Ynet news.

Following the increased threat against him, Ben Gvir was given a security detail.