While he was going about his day in northern Israel, Andrey Levin received images of a destroyed hospital in eastern Ukraine on his phone via a Ukrainian Telegram channel.

“This is the maternity hospital in Mariupol where I was born in 1971,” he told ALL ISRAEL NEWS.

By the time he saw the destruction of this familiar site, however, he was already immune to the shock of what was going on in his hometown.

“Before I saw this, I had already seen so many pictures,” he said. “I have no more strength to see any more. I see roads I recognize, buildings I remember. It was such a beautiful city.”

“It’s hard to see these photos and videos of the city that you came from, grew up in and was born in – it’s all erased. Not even a brick left on a brick.”

Mariupol – under siege since day one of the Russian invasion of Ukraine – has been without electricity, water and now gas for more than a week. Russian forces are believed to have surrounded the city of 400,000 and those residents who were unable to escape or decided to stay are now starving, scrounging for food, water and other essentials.

The city is a strategic point in a land corridor between Crimea in the South and two separatist republics further north which Russia recently recognized as independent. The city is also a critical port city on the Azov Sea.

It is also more than just sentimental to Levin who grew up there until the age of 23 when he immigrated to Israel – his wife Inessa’s mother and sister both still live in Mariupol and the Levins haven’t heard from them for more than a week.

Other relatives had managed to escape within the first week, Levin told us. They got in a car and headed West to relative safety.

In the hospital bombing, three people died and 17 were injured, according to the city’s mayor. A huge crater was formed outside the hospital and the building itself sustained heavy damage. Photos show patients – pregnant women – being carried out on stretchers.

Prior to this attack, Mariupol officials estimated that 1,200 civilians had been killed in the city and other news reports have shown mass graves being filled with bodies in the besieged city. Buildings have been leveled and the dead buried underneath.

“A children’s hospital, a maternity ward. How did they threaten the Russian Federation? What is this country, the Russian Federation, that is afraid of hospitals, maternity wards and is destroying them?” Zelenskyy said on Telegram. “Hospitals and schools are destroyed. Churches and ordinary buildings are destroyed. People are killed. Children are killed. The aerial bombing of a children’s hospital is the ultimate evidence that genocide of Ukrainians is happening.” 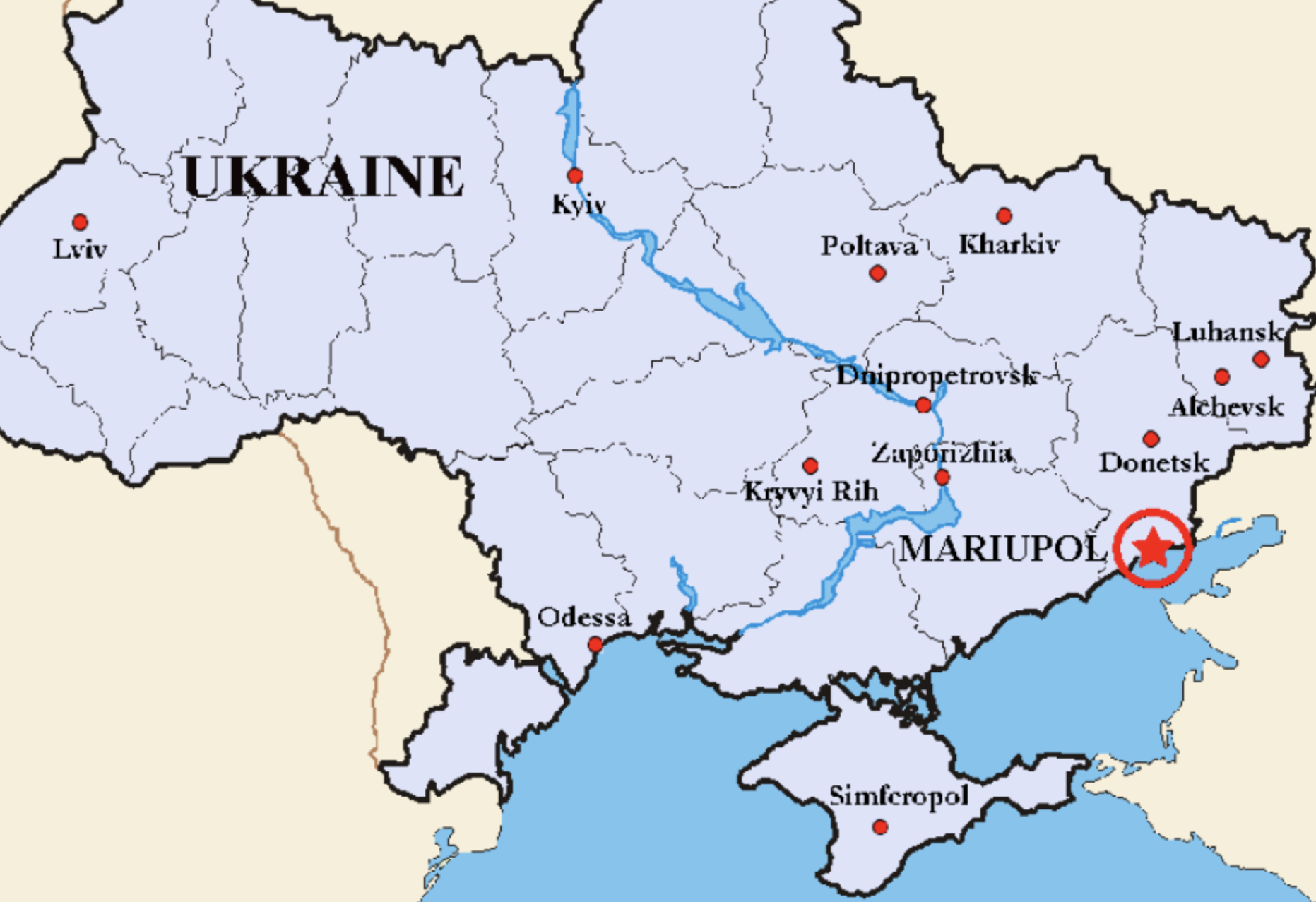 Russian Foreign Minister Sergei Lavrov alleged that the hospital had been serving as a military base for the Azov Battalion “and other radicals.”

“They drove out the women in labor, nurses and general staff. It was the base of the ultra-radical Azov Battalion,” he said.

Other world leaders have issued scathing condemnations of the hospital attack including the British Armed Forces minister, James Heappey, calling it a “war crime.”

Several attempts to create a humanitarian corridor into Mariupol have failed. Ukrainians said the Russians fired on civilians trying to flee through the proper channels. Russia denied that and blamed Ukraine.

Levin said the sheer size and capability of the Russian military, compared to Ukraine’s, indicates who ultimately controls the battles.

And while we cannot independently verify the claims and the casualty counts, the desperate struggle of these civilians, who find themselves living under siege, is undeniable and the images of their plight has captivated the world. Reports coming out of the city show that living conditions have deteriorated to the point where a 6-year-old child died of dehydration.

Residents have taken to building fires and cooking outside since gas has been cut off. They are melting snow for water as basic supplies continue to dwindle.

No matter what is coming out from the propaganda of either government, Levin said the damage inflicted on Ukraine is disproportionate and needs to stop.

Levin spoke with a ministry leader in Mariupol – a man who adopted 30 orphans who lived on the streets – who has been working to rescue residents stranded and help them get to safety. Gennadiy Mokhnenko’s Facebook page is full of videos of him and his team rescuing people huddled in barns and abandoned in their homes during shelling. 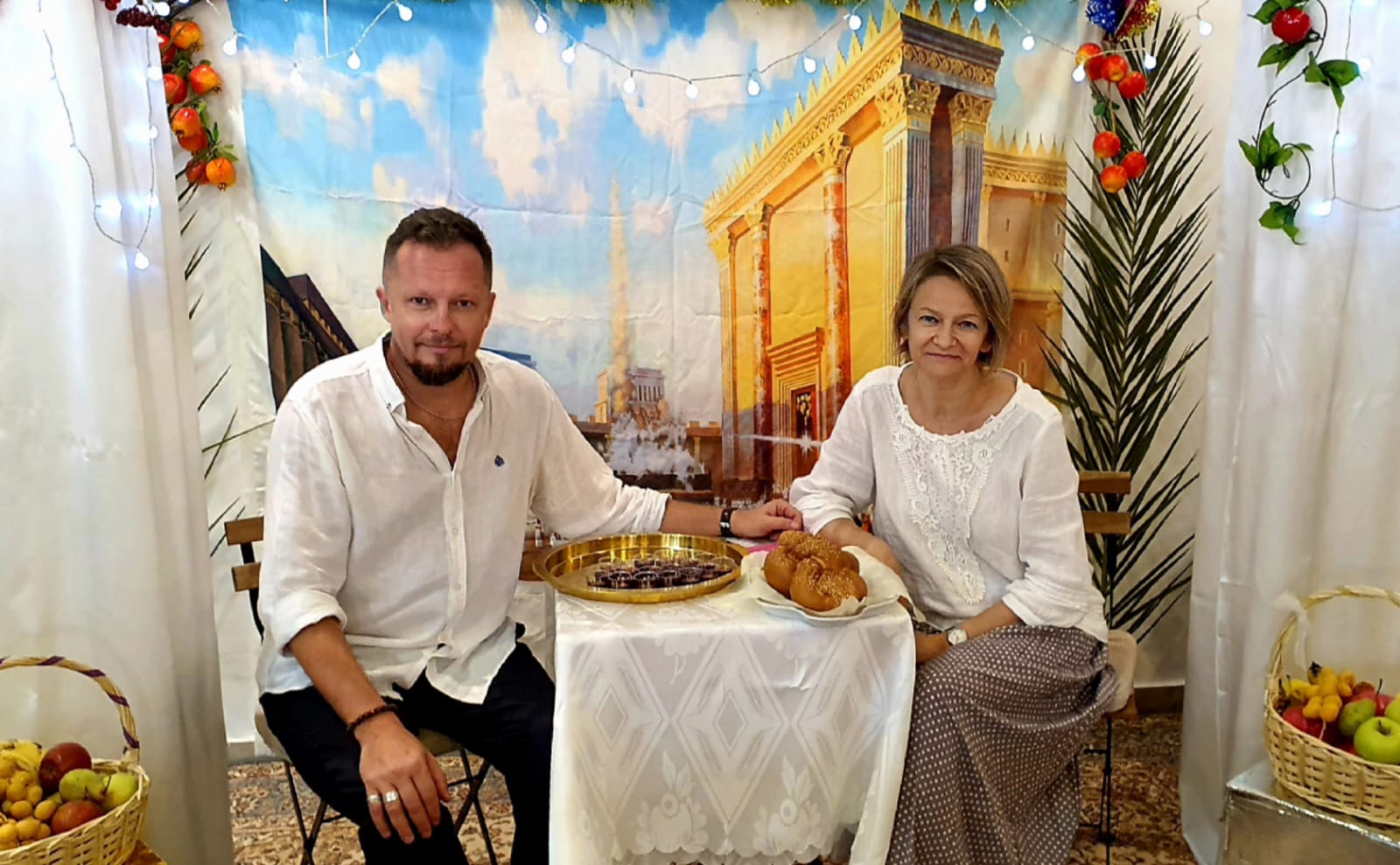 But the roads have become impassable and they can’t freely drive around the city. Levin also tried reaching out on Mariupol Telegram channels, but he has been unable to find anyone who can make contact with his wife’s family.

“There is no one,” he said. “I’m on a lot of chats about the city and there is no connection to anyone.”

At this point, he and his wife have concluded – they don't care who is right or justified. The fighting must stop.

“We don’t even care now who wins – just stop shooting, stop firing missiles, stop bombing. The people that live there can’t sustain this much longer,” he said. “It’s not even a political thing or who wins, but why do people need to suffer like this?”

We interviewed Andrey Levin on March 4, before the bombing of the Mariupol hospital. Watch the video interview below or click here to listen to the podcast episode with Levin.