It was a trip that Benjamin Netanyahu was going to make four separate times since signing of the Abraham Accords in September and during his tenure as prime minister, but then cancelled each one of them.

Netanyahu not only called off his own scheduled visits to the United Arab Emirates, but he prevented other Israeli ministers from visiting before he did. In the end, no minister in the Netanyahu-led administration – responsible for signing the historic peace deal – made a single official visit to the Jewish state's new allies.

Now, the honor of being the first minister and highest-ranking Israeli official to visit the Gulf state goes to Yair Lapid, who was sworn in as foreign minister two weeks ago and touched down in Abu Dhabi this morning.

“Making history: Proud to represent the State of Israel on its first official visit to the United Arab Emirates. Thanks for the warm welcome,” Lapid tweeted after landing in the UAE on Tuesday morning. 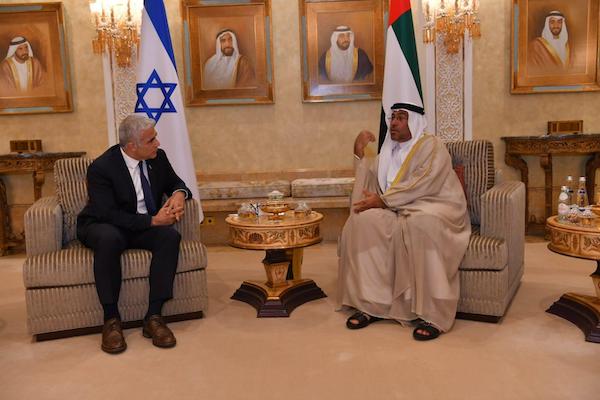 During his visit, Lapid will dedicate Israel's new embassy in Abu Dhabi and its consulate in Dubai.

It appears that the new prime minister, Naftali Bennett, is running his government differently from Netanyahu who took on the role of foreign minister and global statesman in many ways. Bennett, however, has stepped back and is allowing Lapid to take on traditional duties of a foreign minister.

On his first international trip, Lapid flew to Rome where he also met the foreign minister of Bahrain – the second Muslim nation to join the Abraham Accords. 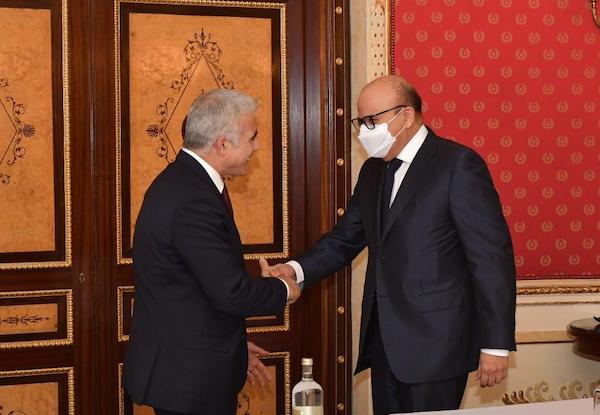 He also met U.S. Secretary of State Tony Blinken in Rome and told him that the Israeli government had made mistakes that damaged U.S. bipartisan support for Israel. Lapid pledged to “fix those mistakes together.”

It was a pleasure to meet with Israeli Foreign Minister @yairlapid today in Rome. We discussed the strong partnership between Israel and the United States, our commitment to Israel’s security, and our support for regional normalization efforts. pic.twitter.com/Kw8QjROeNE

Most recently, Netanyahu was supposed to fly to Abu Dhabi in March to meet with Sheikh Mohammed bin Zayed Al Nayhan, the crown prince and de facto ruler of the UAE. Prior to that he blamed COVID and Israel's airport closure.

While Netanyahu was prime minster, an Israeli delegation headed by Meir Ben Shabbat of the National Security Council, did visit the UAE.

But the absence of any official visits has not hindered cooperation and travel to the UAE by a delegation of Israeli mayors, businesspeople, tourists and attendees of the Global Investment Forum including ALL ISRAEL NEWS' own Editor-in-Chief Joel C. Rosenberg.

An official UAE delegation visited Israel a month after the signing of the Abraham Accords.