The Israel Defense Forces scrambled to intercept three Hezbollah drones that were approaching Israel’s gas field in the Mediterranean Sea on Saturday.

The drones were intercepted over the Mediterranean Sea – one by an F16 fighter jet and the others by missiles launched from a Navy ship – at a “safe distance” from Israel’s Karish gas platform.

This escalation comes amid U.S.-negotiated talks between Israel and Lebanon regarding a maritime border dispute over gas fields in the “economic waters” of both countries. 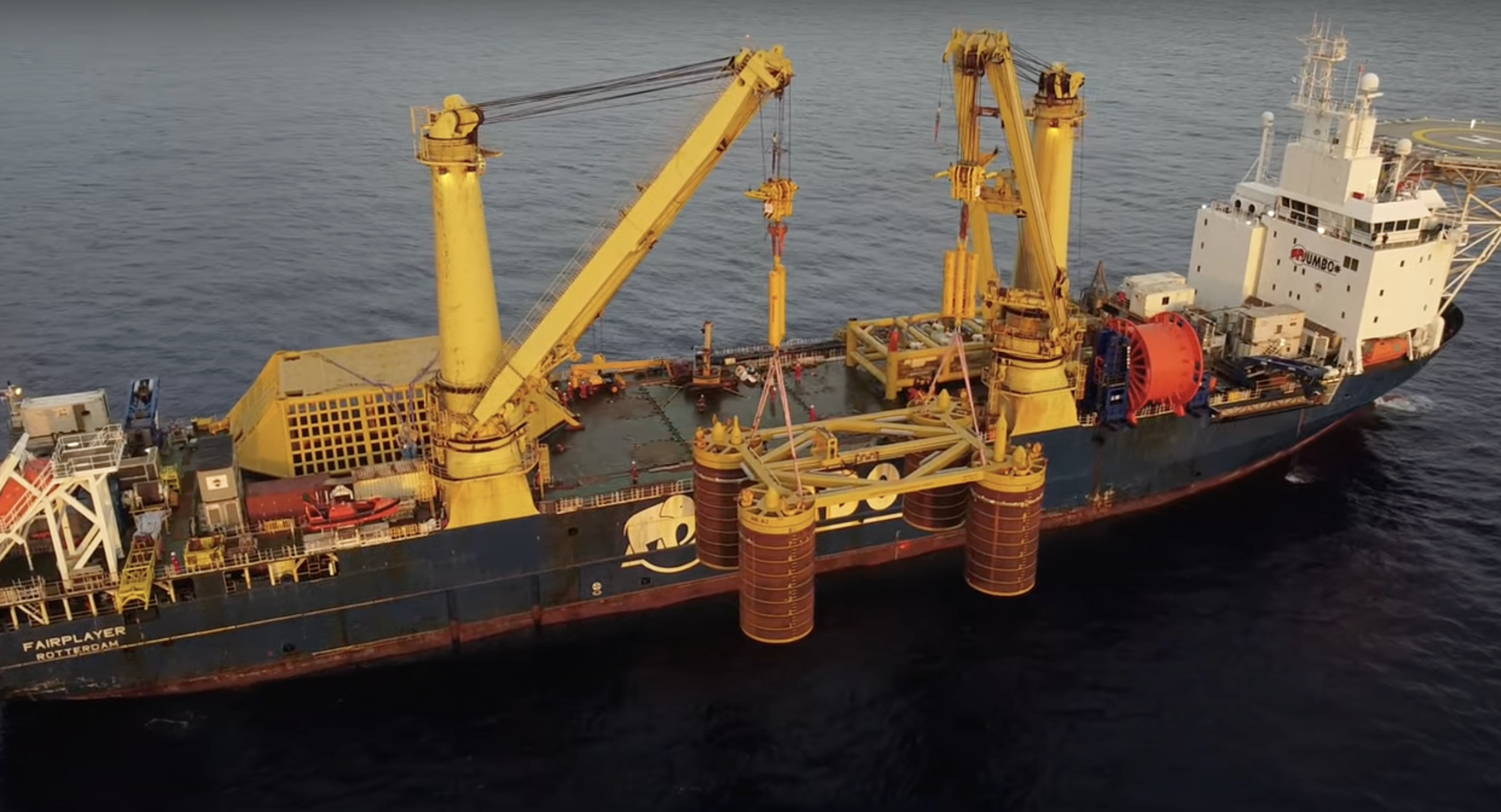 Manifold installation at the Karish field off the coast of Israel (Photo: Screenshot)

The incident also underscores Hezbollah’s advanced drone capability. These UAVs were intercepted “at a safe distance from” the drilling platform, the military said, adding that the drones did not pose a threat which could indicate they were unarmed.

Hezbollah confirmed it launched the drones as part of a “reconnaissance mission” saying, ”a message was conveyed.” Hezbollah leader Sheikh Hassan Nasrallah has threatened Israel over gas production in recent weeks.

Israeli Defense Minister Benny Gantz said the Jewish state will “defend its infrastructure in the face of any threat.”

“The Hezbollah terrorist organization undermines the Lebanese state’s ability to reach an agreement on the maritime border that is essential to Lebanon’s economy and citizens,” Gantz said. “Israel will continue to protect its assets, and considers itself obligated and entitled to act and respond in the face of any attempt to harm it.” 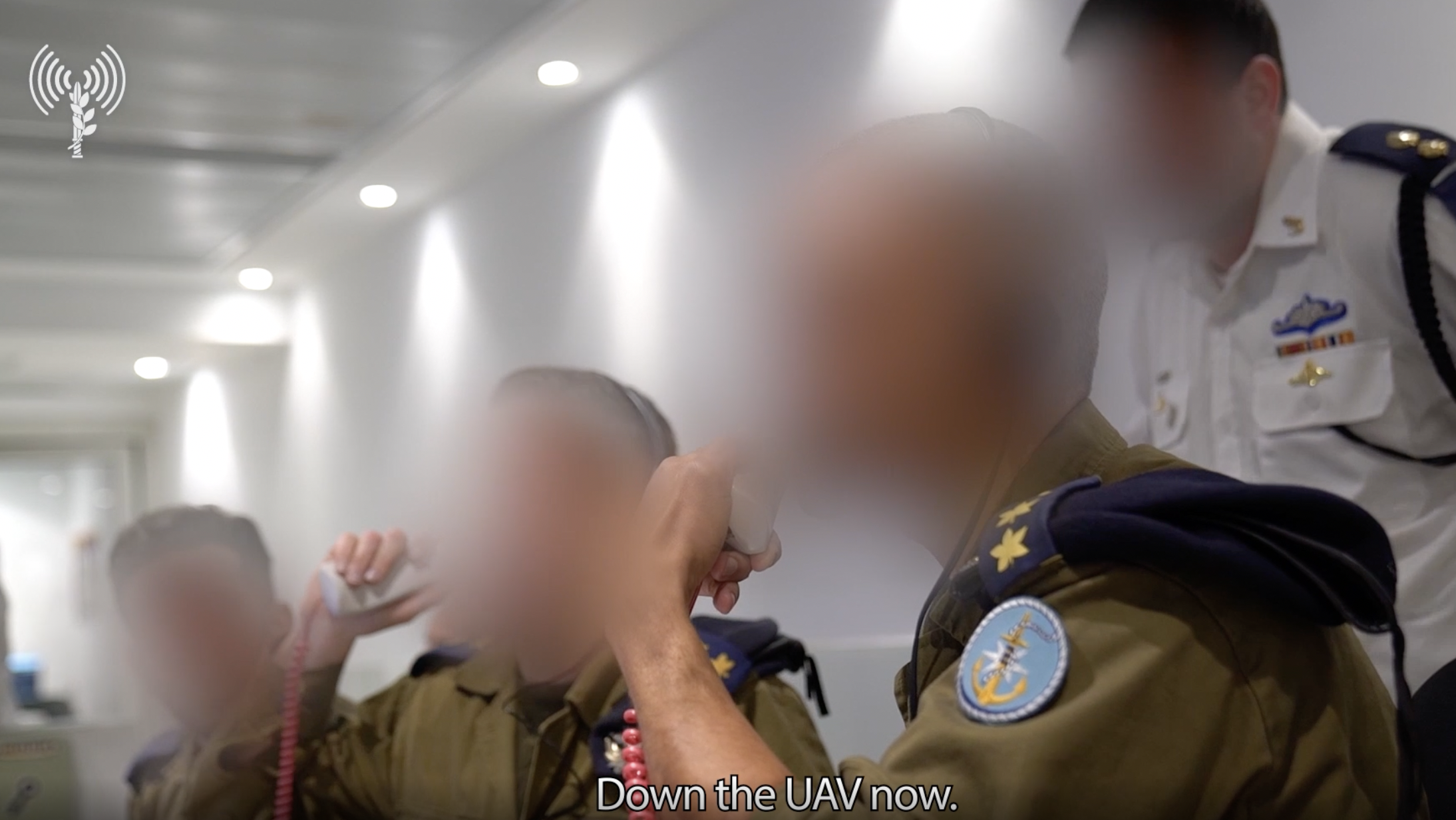 Israeli Navy’s command and control center during the interception of Hezbollah drones (Photo: Screenshot of video released by the IDF)

The drama at sea coincided with an airstrike on a Syrian port against Iranian targets, according to Israel’s Channel 12 News.

The strike occurred near the port city of Tartus, indicating the target was “a weapon transported by sea, possibly using Iranian ships that docked at the port last week.”

Israel did not comment on the strike, but Channel 12 reported that a “new effort” is underway by Iran’s Islamic Revolutionary Guard Corps to improve Iranian air defense systems in Syria.

Israel has staged hundreds of strikes on targets in Syria over the years but rarely acknowledges or discusses such operations. It says it targets bases of Iran and allied militias, such as Lebanon’s Hezbollah group that has fighters deployed in Syria, as well as arms shipments believed to be bound for various proxies.