The outcome of the Nov. 1 Israeli election – the fifth in three years – was a clear victory for Benjamin Netanyahu and his anticipated bloc of Likud, right wing and ultra-religious parties.

The decline in public support of left-wing and centrist parties granted Netanyahu a seemingly comfortable majority of 64 Knesset seats.

However, in the weeks since the votes were cast, we are witnessing tough negotiations between these future members of the coalition regarding control of government ministries, funding issues and policies of the next government.

Following demands of Orthodox religious leaders – including the chief rabbi of Israel, David Lau, at a Chabad conference in New York – the Religious Zionism party stated that a precondition for their joining the coalition would be amending Israel’s Law of Return. The right for aliyah would be granted to Jews and their children only. Grandchildren of Jews would be excluded the right to immigrate to Israel and obtain citizenship.

The other parties of the right-wing bloc have joined forces in this demand, but Likud has indicated that it won’t promote such legislation.

For more than 50 years, Israel has refrained from changing the Law of Return or other components of the so-called “Status Quo;” but it seems Israel’s future government might now make a historical change that would directly affect immigration to Israel (aliyah) – especially from Russia, Ukraine and the former Soviet Union countries.

The revocation of the “Grandchild Clause” would contradict the very purpose of the Law of Return, weakening the link of Israel with the Jews of the diaspora, tearing apart families and preventing young Jewish people – who were raised on the love of the land – to join their fate with ours.

IMMIGRATION TO ISRAEL (ALIYAH) FOR CHILDREN AND GRANDCHILDREN OF JEWS

Governments in Israel have risen and fallen, but for many years, the state avoided making any changes to the Law of Return, letting it remain part of the status quo.

At first, when it was enacted in 1950, the Law of Return did not include a definition of who is considered a “Jew.” Israel’s first prime minister, David Ben Gurion, famously decided not to tackle the controversial issue of “Who is a Jew” when Israel was founded, in order not to cause division in the young State.

However, in 1970, a definition from Orthodox religious law, that “a Jew is the child of a Jewish mother,” was added to the Law of Return. That amendment followed a political uproar after the Supreme Court ruled in the Shalit case to register children of a Jewish father and a non-Jewish mother as Jews.

Together with narrowing the definition of “a Jew” in the 1970 amendment to the Law of Return, the circle of those entitled to immigrate was expanded to include children and grandchildren of Jews, including their spouses. Extending the right of aliyah to grandchildren also reflects the fact that the infamous German Nazi Nuremberg Race laws defined Jews until the third generation.

Religious parties have criticized the Grandchild Clause over the years, but only recently, with their success in the 2022 elections, does it seem that conditions are ripe to demand that the Law of Return be changed.

The public in Israel has become more religious, but it’s doubtful the vast majority is in favor of such a dramatic change. Regardless, representatives of the religious parties feel confident enough to “go all in” and seek to end the “Status Quo,” as they take advantage of the political power the public has afforded them, together with the other parties of the emerging coalition.

Revocation of the Grandchild Clause in the Law of Return is not new at all. Knesset Member Bezalel Smotrich, the head of the Religious Zionism party, suggested it in 2020. However, now that Smotrich is enjoying popularity, as shown by the election results, he is determined to follow through with it, and shares this perspective with several of the coalition partners in the future government.

Netanyahu already appointed Avi Maoz, head of extreme right-wing party Noam, to establish a new office responsible for National Jewish identity. It’s not yet clear what authority this office will have, but Maoz also will supervise Nativ, the organization responsible for aliyah from former Soviet Union countries. The aim of this appointment is apparently to closer scrutinize the Jewish origins of potential immigrants. Russian members of Knesset have claimed that this step will, in practice, stop aliyah from these countries altogether.

The primary reason for wanting to revoke the Grandchild Clause is the fear that immigrants who are not considered Jewish according to Orthodox Jewish law will move to Israel, primarily from the former Soviet Union and Eastern Europe, thus threatening the Jewish identity of the State.

Indeed, data show that more than half of the immigrants to Israel since the great immigration in 1990 are not Jewish according to Jewish law. Moreover, since the outbreak of the war between Russia and Ukraine, some 42,000 new immigrants from these countries made aliyah in 2022 via the Law of Return.

Most of these immigrants will not be able to register as Jews in Israel’s population registry. In fact, today, about half a million Israeli citizens are defined as having “no religion” because they made aliyah and obtained citizenship based on having a Jewish father, or grandparent, but they are not children of a Jewish mother.

At the same time, the purpose of the Law of Return is clear – to allow Jews and their descendants from all over the world to immigrate to Israel so that Israel can fulfill her purpose as the national home of the Jewish people.

The Grandchild Clause was not added in 1970 arbitrarily, but rather reflects an accurate expression of the purpose of the Law.

Even if a grandchild is not Jewish according to Orthodox Jewish law, and only his/her grandfather or father is Jewish, why should we assume this means he or she has a weaker connection to Israel? Should the gender of the Jewish parent determine the child’s connection with Israel?

In fact, there are places where affinity to Judaism is determined by the father’s religion more than the mother’s religion. Many olim [immigrants] from Russia and Ukraine say they were persecuted as Jews in their country of birth, due to anti-Semitism, having their father’s Jewish family name, only to discover, to their devastation, that in Israel they are not considered Jews.

The modern independent State of Israel need not accept the strict, ultra-Orthodox stance on who is entitled to receive the right to become an Israeli citizen.

Jewish researcher Prof. Sergio Della Pergola claims that revocation of the Grandchild Clause would take the right of immigration to Israel away from 3 million grandchildren of Jews around the world.

These are people who, today, are entitled to return to or immigrate to Israel – some of whom were certainly raised and educated in the values of Zionism and love of the Land. They identify as Jews, and might even have suffered anti-Semitism in their countries of origin, but according to Jewish law, they are not considered Jews and now might lose their right to make aliyah.

Revocation of the Grandchild Clause in the Law of Return would lead to a decrease in the number of immigrants who aspire to contribute to the country, serve in the IDF and establish their home in Israel.

In addition to the injustice of narrowing the scope of the Law of Return, this would further deepen the rift between the State of Israel and Jews in the diaspora – many of whom are married to non-Jews.

It is best that we work together to unite and not tear apart the country, to work towards equality and not discrimination and to use common sense instead of a strict, narrow, Orthodox definition.

Revocation of the Grandchild Clause in the Law of Return would harm those who want to strengthen the Jewish people. 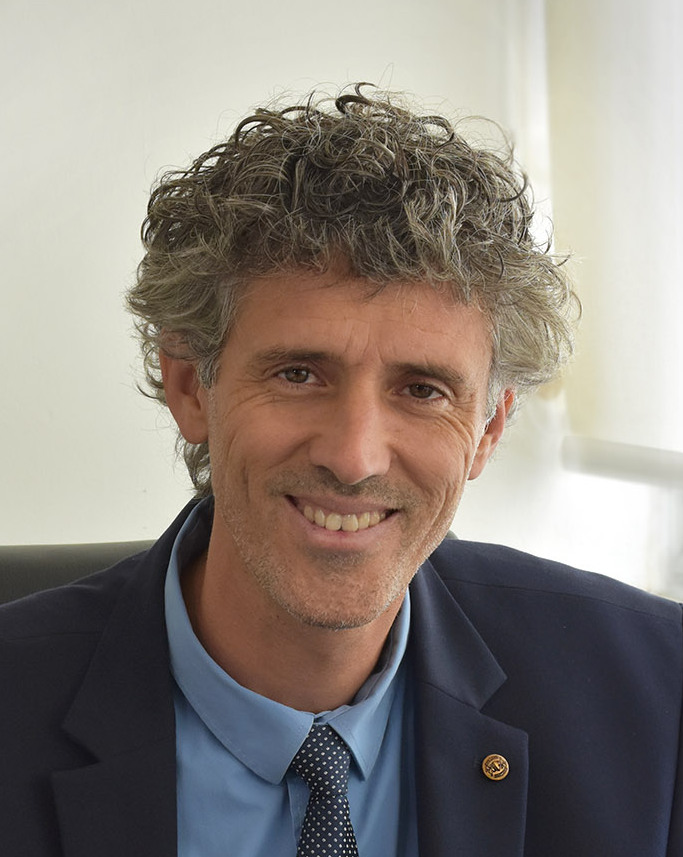 Advocate Joshua Pex is an Israeli immigration lawyer. Since 2009 he has assisted many clients make Aliyah, obtain visas and relocate to Israel. Joshua is a founding partner of Decker, Pex, Ofir & Co. which is one of the leading immigration law firms in Israel. He lives together with his wife Sarah and their 4 children.