While most of Israel came to a halt when the third national lockdown began, and even as a more exceptionally strict version of it went into effect, some communities didn’t skip a beat.

In ultra-Orthodox neighborhoods, throngs have been attending weddings and other events while schools remain open as usual including grammar schools and yeshivas, oblivious to the new rules while millions of Israeli children stayed home and were forced into online learning yet again.

The latest lockdown was pushed through three weeks ago in order to slow down the spread of coronavirus infections. However, it was recently tightened as infections, serious cases and deaths have continued to increase without abate. Schools and work places were closed along with all businesses except those that sell essential items.

But those rules had little effect on dozens of businesses, houses of worship and educational institutions which continued to operate in ultra-Orthodox communities.

Even this morning, police were met with eggs, stones and garbage bags thrown at them while they patrolled some of these neighborhoods in Jerusalem.

Last week, police clashed with hundreds of yeshiva students in an ultra-Orthodox neighborhood in Ashdod on Monday while attempting to enforce the rules. During a violent protest, 11 demonstrators were arrested for attacking police and throwing stones.

The intentional disregard for the rules and the disproportionate lack of enforcement in these communities compared to the rest of the country underscores an already existing rift between religious and secular Jewish Israelis, a divide that is only growing during the pandemic.

Adding to the discrepancies was an expose of an ultra-Orthodox newspaper, Hamodia, that photoshopped masks onto rabbis pictured in an indoor meeting, in violation of health ministry guidelines. The discrepancy was unmasked by ultra-Orthodox journalist Moshe Weisberg who posted the original photo compared to the printed one on his Twitter account.

A Health Ministry official said that the ultra-Orthodox community — which comprises 10% of the population — has accounted for more than 25% of all the recently diagnosed cases. However, a rabbi told Channel 12 that a vast majority of these cases were not serious and denied a dire crisis exists in his community.

The news website, Ynet, ran a piece on Monday documenting violations by Chief Rabbi Yitzhak Yosef who has been seen without masks, shaking hands and dancing in large illegal gatherings, including a massive gathering in a Jerusalem convention center last week. Yosef, who has called on his followers to follow the rules, is under police investigation himself. 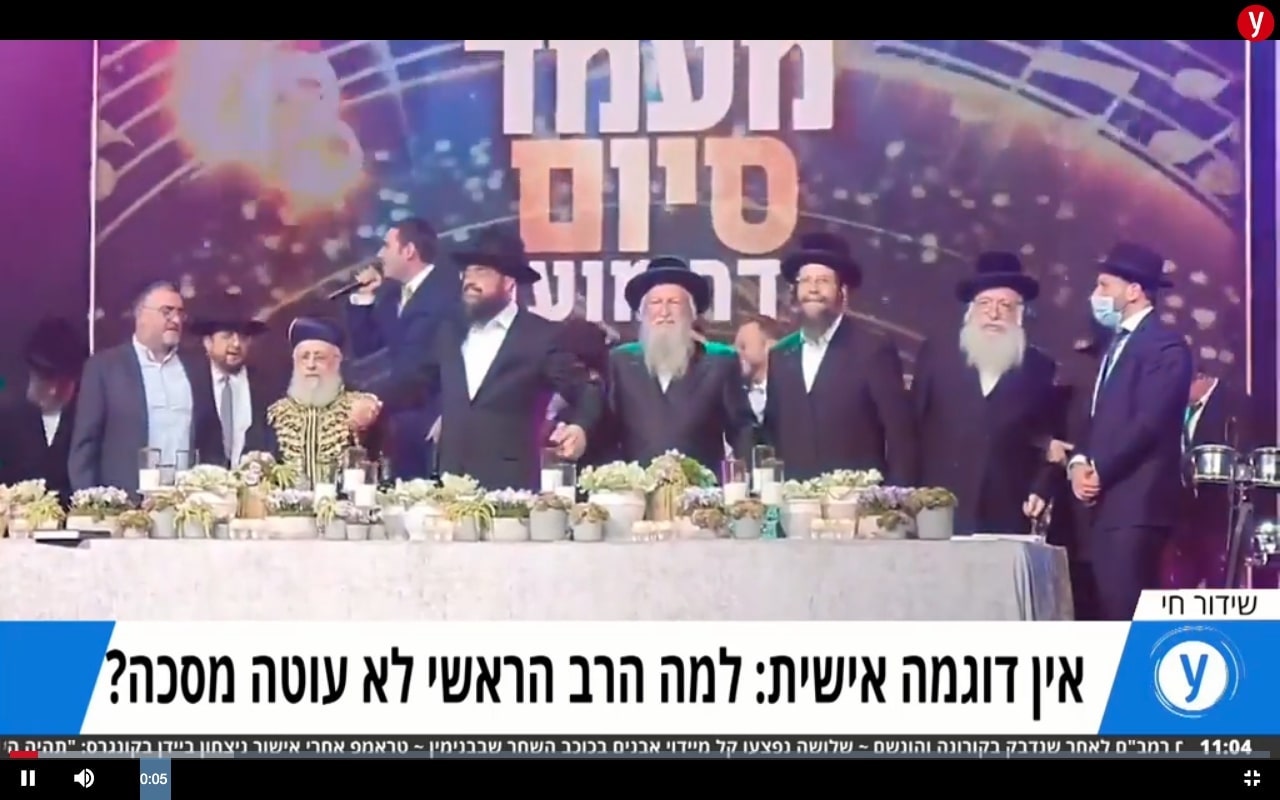 “The rabbi is not immune — especially when he continues to got out without a mask,” the prosecutor said. “Public figures who violate the rules need to be prosecuted to the full extent of the law.

Ynet noted that Yosef is not just a religious leader, but as chief rabbi he receives a salary from the state.

A statement released by his office said that Yosef "meticulously follows the law and calls on the public to do the same.”