At least 45 people were crushed to death and hundreds wounded late Thursday night into Friday morning during a mass gathering of an estimated 100,000 religious Jews celebrating the Lag B'Omer holiday.

Many of the wounded taken to nearby hospitals are reportedly in critical condition and Magen David Adom – Israel’s Red Cross rescue service – reported that at least 38 people, including children, had been killed at the scene itself, while others later succumbed to their injuries. Many of the dead have still not been identified.

The tragedy ranks as one of Israel’s worst peacetime disasters, alongside the Mount Carmel forest fire in 2010, in which 44 people perished.

Thursday night's mass gathering was the largest event to take place in Israel since the start of the pandemic.

Prime Minister Benjamin Netanyahu arrived at the scene on Friday and described the event as “a terrible disaster.” He declared Sunday a day of national mourning for the victims.

“We will carry out a comprehensive, serious, detailed investigation to ensure this kind of disaster never happens again,” Netanyahu said. 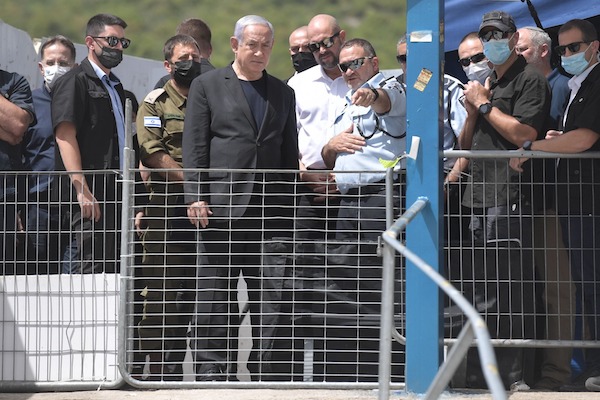 What is the story behind the annual Jewish Lag B’Omer celebration at Mt. Meron and could the stampede have been prevented?

Every year, tens of thousands of religious Jews gather at Mt. Meron for bonfires to celebrate the Lag B’Omer holiday. The purpose is to honor the teachings of the second century sage Rabbi Shimon Bar Yochai, the father of Jewish mysticism, who according to tradition is buried at Meron.

According to Talmudic Jewish tradition, God created a plague that killed 24,000 student followers of the prominent Rabbi Akiva, because they did not treat each other respectfully. The plague, according to the tradition, ceased on the 33rd day of the Omer, the 49-day period between Passover and Shavuot. Akiva’s disciple, Shimon Bar Yochai, was one of the few students to survive the plague.

The stampede occurred at the religious site’s exit route, which was known as a potentially dangerous bottleneck.

An ultra-Orthodox reporter, Aryeh Ehrlich, told the Israeli N12 news site he had previously warned in a 2018 tweet that, “The narrow exit path creates a human bottleneck and terrible urgency.”

However, three years later, authorities had still not heeded Ehrlich’s warnings. Following the tragedy, Ehrlich stressed, “There is no doubt that the writing was on the wall.”

The Israel Police Northern District Commander Shimon Lavi, who was responsible for the security arrangement at Mt. Meron, took responsibility.

“I bear overall responsibility, for better or worse, and am ready for any investigation,” he said.

The Justice Ministry’s Police Investigation Department (PID) is now taking over the investigation from the Israel Police. A key question, apart from the disaster itself, will be whether pandemic restrictions were violated at the religious mass gathering. Mere days before the disaster, the Israeli Health Ministry considered allowing gatherings of up to 50,000 people to attend concerts and other outdoor cultural activities, including religious events. It would appear that pandemic restrictions were violated at Mt. Meron with as many as 100,000 pilgrims gathering there. 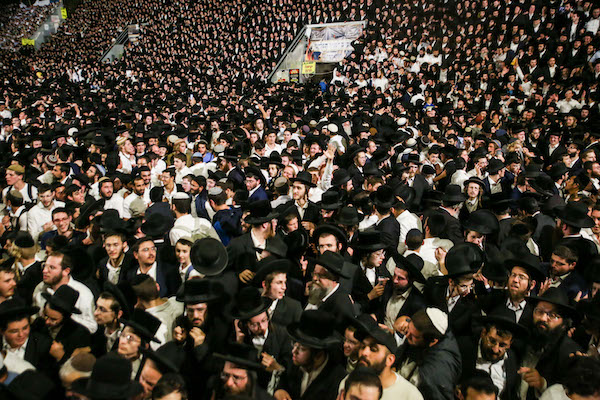 Hundreds of ultra-Orthodox Jews celebrate the lighting of a bonfire during the celebrations of the Jewish holiday of Lag B'Omer on Mt. Meron in northern Israel on April 29, 2021. (Photo: David Cohen/Flash90)

Some ultra-Orthodox journalists, on Friday, were calling for their own community to take responsibility.

“Our community also has a duty to learn lessons” from the disaster, Yossi Elituv, editor of the Mishpacha weekly magazine and host of a show on Israel RadioNetwork, said on Twitter, citing the “chaotic division of the pilgrimage area between various competing Hasidic sects as part of the problem that led to last night’s tragedy.”

“The state needs to establish a professional authority to run the site according to the following principle: the public welfare and the safety of the worshippers,” Elituv added.

India, Austria and the European Union offered their sympathies to Israel with the EU expressing “its deepest condolences to families and friends of the victims and to the people of Israel and extends its wishes for a quick recovery to those hurt.”

President Rivlin lit 45 memorial candles outside Beit HaNasi in memory of the victims of the Mt. Meron tragedy.

Watch his remarks below in Hebrew with English subtitles.