“The future is not just happening. The future is built by us – by a powerful community, as you here in this room. We have the means to improve the state of the world.”

So spoke Klaus Schwab last Monday in Davos, Switzerland, to a crowd comprised of much of the world’s most powerful corporate, financial, and political elite. Schwab gave these remarks at the opening of the World Economic Forum’s Annual Meeting, boasting that this year’s gathering has “the heads of over 50 governments” in attendance.

Israeli President Isaac Herzog spoke to the WEF on Wednesday, describing WEF President Børge Brende as a “dear friend,” and fondly recalling his time as a WEF Global Leader of Tomorrow. In his speech, Herzog spoke on the historic significance of the Abraham Accords, the threat of Iran, and the importance of building a “sustainable future.”

“By working with countries and nations of the region, with the support of this distinguished World Economic Forum, we have an opportunity to build a future of peace, prosperity and progress for all the sons and daughters of Abraham,” Herzog concluded. “Let us work towards this renewable Middle East, cultivating a shared, sustainable future for all our children. If we lead with action, our hearts will follow suit.”

Many rightfully applaud the Abraham Accords, and see clearly the dangers of the Iranian regime. But the question remains: What exactly is this “shared, sustainable future” that the World Economic Forum is attempting to build?

The Public Agenda of the World Economic Forum

While the average person was unaware of Schwab’s World Economic Forum just a few years ago, the WEF’s extensive involvement in the global response to COVID has brought Schwab and his organization to the attention of many.

The WEF was one of three organizations which ran a 2019 tabletop exercise known as “Event 201,” simulating a global coronavirus pandemic just two months before the first COVID-19 cases were made known to the world. This WEF-run exercise helped to provide a model for the subsequent globally-coordinated response to the COVID-19 pandemic. Indeed, the lockdowns, medical censorship, and vaccine passports seen across the globe were all supported and promoted by the WEF.

While the WEF’s agendas are various, three major goals are apparent: the merger of capitalism and socialism, the merger of man and machine, and the merger of nation states into a unified global system. In the words of the WEF’s own website, the “Davos Agenda” includes the following:

The many articles and white papers found on the WEF’s website typically contain disclaimers such as the following: “The views expressed in this article are those of the author alone and not the World Economic Forum.” This material, however, is the only reliable source for the WEF’s views. Until the WEF clearly speaks or acts contrary to the articles and white papers found on its own website, one cannot but base one’s understanding of the WEF’s intentions upon them.

The Great Reset and Stakeholder Capitalism: “You’ll own nothing.”

The Great Reset is a public agenda that was announced by the WEF in June 2020. Schwab wrote that in response to the COVID-19 pandemic, “the world must act jointly and swiftly to revamp all aspects of our societies and economies, from education to social contracts and working conditions. Every country, from the United States to China, must participate, and every industry, from oil and gas to tech, must be transformed. In short, we need a ‘Great Reset’ of capitalism.”

Schwab has worked towards this societal reset for many years, and he is not alone. For him and many of the WEF’s long list of partners, the pandemic provided a perfect opportunity to accelerate this global transformation and “build back better.”

What would this reset of capitalism consist of? Schwab says that he seeks to bring about “stakeholder capitalism,” which he describes as a middle ground between “shareholder capitalism” (the American economic model) and “state capitalism” (Schwab’s label for the Chinese Communist Party’s [CCP] economic model). As one WEF article explains, “capitalism and socialism will need to merge to create a productive and inclusive economic and social model. Wealth has become abundant, thanks to capitalism, but it now needs to be more broadly redistributed, as socialists have long called for.”

What will the endgame of such a system actually look like? According to the WEF’s “Global Future Councils,” we are heading into a future in which “you’ll own nothing. And you’ll be happy.”

Transhumanism and the Fourth Industrial Revolution

Another key focus of the WEF is the acceleration of what Schwab calls the “Fourth Industrial Revolution.” Schwab believes that the exponential development of artificial intelligence, genetic engineering and nanotechnology will lead to “a fusion of our physical, our digital, and our biological identities.” In an 11-minute documentary created by the WEF, we hear the following about the results of this Fourth Industrial Revolution: “The very idea of ‘human’ being some sort of natural concept is really gonna change. Our bodies will be so high tech, we won’t really be able to distinguish between what’s natural and what’s artificial.”

This philosophy – that technological progress will soon lead to the merger of man and machine – is often referred to as “transhumanism” (including by material found on the WEF website). Transhumanism views the human being as a manipulable, bio-chemical data-processing system, which is soon to merge with a more complex, digital data-processing system – namely, artificial intelligence.

Frequent WEF speaker Yuval Noah Harari wrote about this worldview, which he calls “Dataism,” in the final chapter of his book Homo Deus: “You may not agree with the idea that organisms are algorithms, and that giraffes, tomatoes and human beings are just different methods for processing data. But you should know that this is current scientific dogma, and it is changing our world beyond recognition.”

It is this “scientific dogma” that Schwab and many at the WEF have wholeheartedly embraced.

While the WEF does not explicitly call for the abolishment of nation states, it does advocate for what it calls “global governance,” defined as “a means to manage issues that cut across national borders – whether it is a pandemic, a financial crisis, climate change, or a geo-economic dispute. Though traditionally centred on diplomacy and international organizations, a wide variety of public and private actors now engage in cross-border governance.”

The WEF also states on its website that “the widespread resurgence of nationalist and populist politics has raised serious questions about the future viability of global governance,” pointing to “President Donald Trump’s 2016 election campaign” as one example of the “successful populist movements” that have taken place across the world. Despite these developments, the WEF has remained firm in its commitment to global governance, saying that “nationalist backlash has made effective global governance more difficult, and more necessary.”

While Trump did speak before international organizations such as the United Nations and the WEF during his presidency, he nevertheless made clear his opposition to globalism. In a 2018 speech at the UN, Trump stated the following: “America will always choose independence and cooperation over global governance, control and domination.” A year later, Trump repeated this message before the UN: “The future does not belong to globalists. The future belongs to patriots. The future belongs to sovereign and independent nations who protect their citizens, respect their neighbors, and honor the differences that make each country special and unique.”

It isn’t hard to see, then, why the WEF and other globalist organizations view the pro-life, pro-family, pro-constitution, and pro-America movement which supported Donald Trump’s presidency in 2016 and 2020 as a threat to their power.

Is the WEF the group you want building your future?

What is detailed above is just a primer on the WEF, and only begins to address its many dangerous views — such as its climate change alarmism, its push for central bank digital currencies, its advocacy of digital IDs, its embrace of leftist ESG metrics, its support of abortion, its promotion of LGBTQ lifestyles amongst children and adults alike, and its propagation of the racial discrimination of Critical Race Theory.

In light of these public agendas, we must ask ourselves:

Are these the people we want governing our lives?

Do we want a future in which capitalism merges with socialism, and in which private ownership becomes a thing of the past?

Do we want a transhumanist future – a future in which man merges with machine?

Do we want a future in which national sovereignty is overruled by international institutions?

If our answer to each of these questions is “no,” we can only conclude that the WEF and its partners are working contrary to our interests.

Objective truth, limited government, the free market, the sanctity of human life as made in the image of God, the traditional family, private property, and national sovereignty are all under attack – we must do what we can to preserve them. 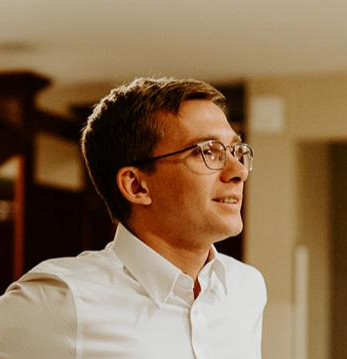