A second victim of last week’s terrorist attack at a Jerusalem bus stop has died from his wounds.

The two bombings – considered to have been a coordinated attack – are the first attacks of this nature since 2011 and were more common during the second intifada in the early 2000s.

The bombs were filled with nails and bolts so as to cause as much damage as possible.

A statement from Shaare Zedek Medical Center in Jerusalem, where Tashume was being treated, said trauma and ICU teams “fought for his life but unfortunately his injuries were too serious.”

“We offer our deepest condolences to the family,” the hospital added. 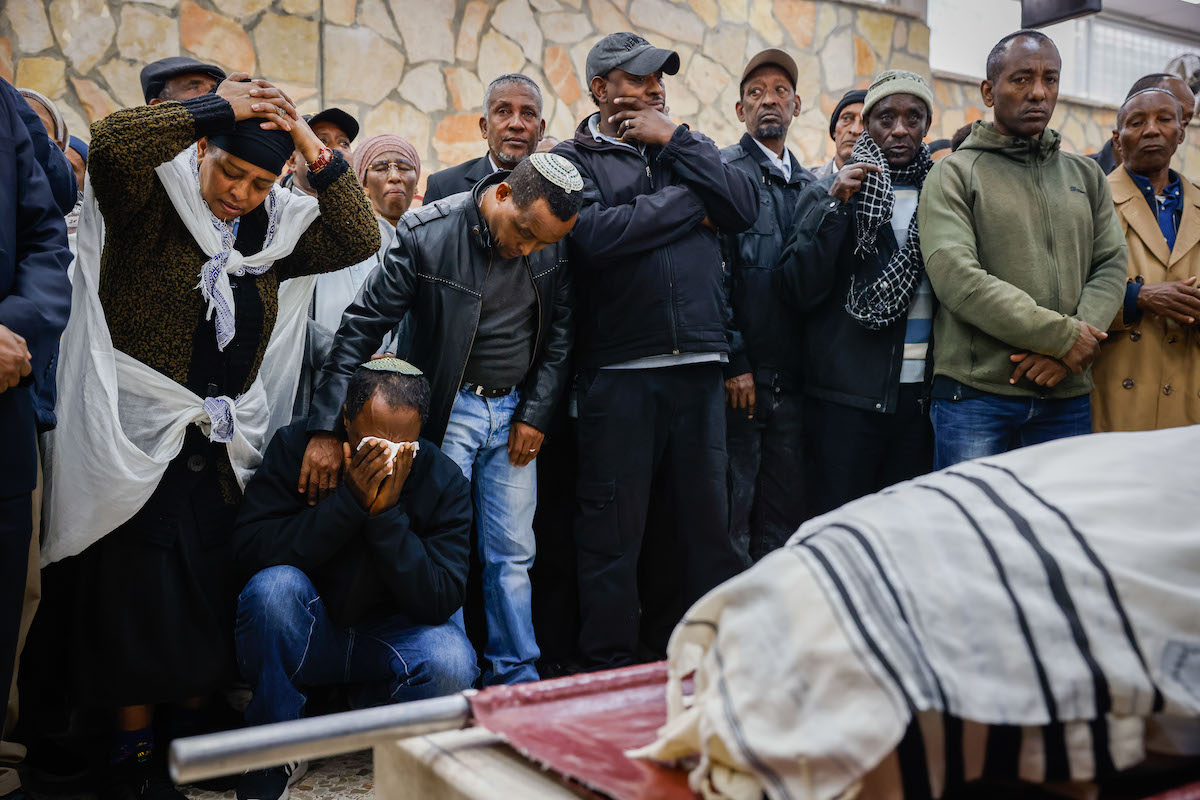 Family and friends attend the funeral of Tadese Tashume Ben Ma’ada, who died of his wounds suffered in a bomb attack at the entrance to Jerusalem last week, at Har HaMenuchot Cemetery in Jerusalem, Nov. 27, 2022. (Photo: Olivier Fitoussi/Flash90)

Ben Ma’ada immigrated to Israel from Ethiopia 21 years ago. Israeli President Isaac Herzog said that his wife Michal recently met Tashume “where he worked as a senior jeweler in the wonderful project for olim (immigrants) from Ethiopia known as Magemeria.”

“In the last week, we prayed for a miracle after he was critically injured in a terror attack in Jerusalem,” he continued. “We were very sad when we saw his framed photo this evening and the difficult message of his death. Our condolences to his dear family and loved ones.”

Magemeria is a jewelry-making school started by the owners of Yvel jewelry company. All the students are Ethiopian immigrants to Israel.

Prime Minister-designate Benjamin Netanyahu sent condolences to the family and praised the medical team that fought for his life.

“Last week, I visited his dedicated family, who wrapped him with love, and the doctors who bravely fought for his life. I embrace the family at this difficult hour. May he rest in peace,” Netanyahu said on social media.

“I am heartbroken over the death of Tadasa Tashume. The medical teams fought for his life until the last moment. In the name of the Israeli government and the citizens of Israel, I send my deepest condolences to his family and friends,” he said.

Aryeh Schechopek, 16, was the first victim of the attack on Wednesday and was laid to rest last week.

Israeli security forces remain on high alert. On Saturday, security forces briefly closed a main road in Jerusalem suspecting a pipe bomb. The incident turned out to be a false alarm.