In the type of terror attack reminiscent of the second intifada, a 16-year-old boy was killed and several injured this morning in a bombing at a Jerusalem bus stop at the entrance to the city.

According to reports, an explosive device inside a backpack was set off in two separate locations, killing one and injuring those standing nearby.

Aryeh Shtsupak, a Jerusalem yeshiva student who also has Canadian citizenship according to Kan broadcaster, was declared dead at a nearby hospital after the attack.

The victim of this morning’s attack: 16 year old Aryeh Shchoupik from Jerusalem.

May his memory be a blessing. pic.twitter.com/XtsEr3Gw7u

Kan radio reported that someone on an electric bike rode by, dropped off the backpack with an explosive device and left the scene. Later, a second bomb also went off in Ramot, a Jerusalem suburb.

Police are treating the two bombings as a coordinated attack.

Itamar Ben Gvir, who wants the portfolio of public security minister in the next government, called for Israel to restart “targeted assassinations” shortly after he arrived at the scene of one of the bombings.

"We are experiencing a chain of events that did not start this morning," he said at the scene and listed several recent terror attacks and clashes that occurred in the last few months. "We need to break this chain, we need them to pay a price for terrorism. This means returning to the targeted threats, it means stopping the abuses in the prisons. To exact a price for terrorism means that everything has to be closed in the mornings at the security prisons."

Ben Gvir and other politicians in the anticipated coalition called on Prime Minister-designate Benjamin Netanyahu to form a right-wing government as soon as possible. 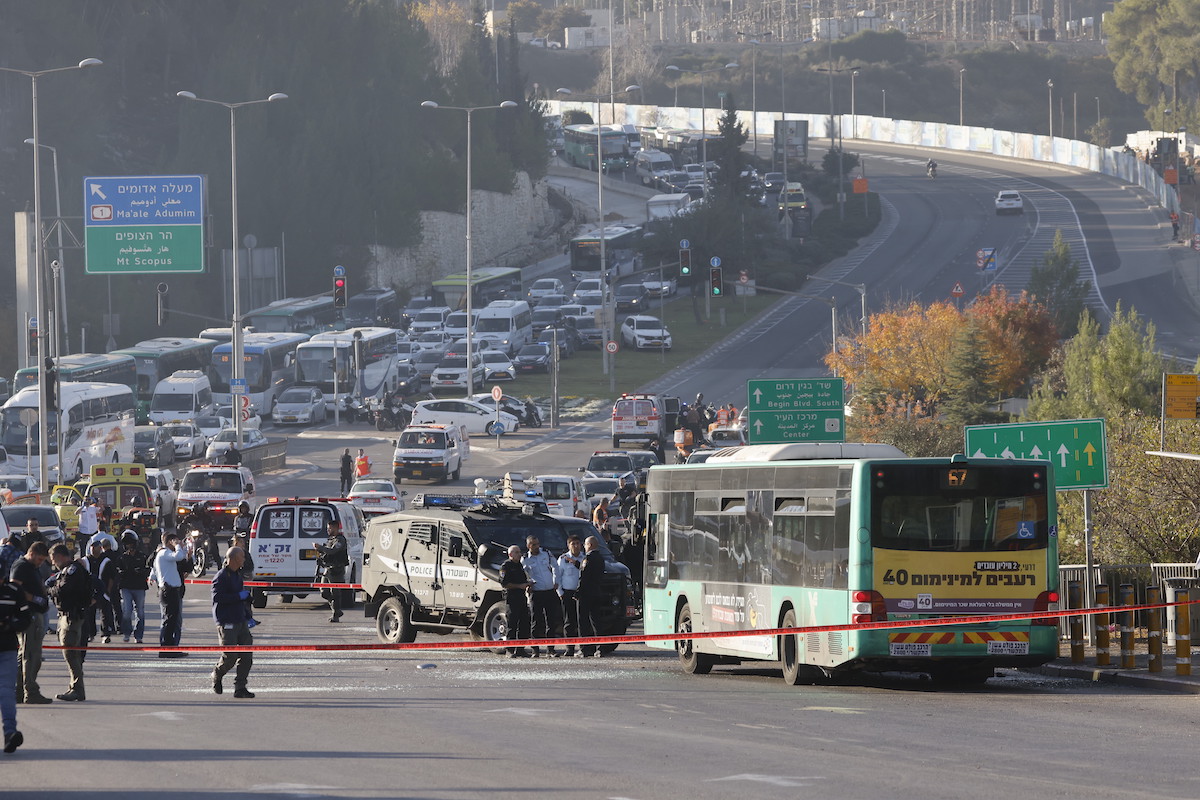 Police and security personnel at the scene of a suspected terror attack in Ramot, Jerusalem, November 23, 2022. (Photo: Olivier Fitoussil/Flash90)

No group has claimed credit for the attack. According to an initial investigation by Israeli authorities, defense officials believe that a terror cell comprised of several members familiar with the area had been planning the attack for some time, Ynet reported.

The bombs were remotely detonated, according to the report.

This morning's attack was reminiscent of the second intifada – Palestinian uprising from 2000 to 2005 – when suicide bombings on buses and crowded venues were the norm in Israeli cities and towns. Since then, terrorism has been characterized by lone-wolf attacks – stabbings, shootings and car rammings.

A wave of terror this spring saw some of those lone-wolf attacks take place in Israel leaving 19 people dead. Terrorism also surged this past year in the West Bank where a relatively new terror group, Lion's Den, has emerged.

Bombs have not been used in these recent waves, however, until today.