Less than one year ago, tensions between Israelis and Palestinians boiled over in an 11-day war between Israel and terror groups in Gaza that launched 4,300 rockets at the Jewish state while Israel responded with heavy aerial attacks on the coastal enclave.

The war led to casualties and destruction on both sides more so in Gaza where more than 200 Palestinians died and Gazans are still rebuilding.

Are the same events which led to that conflagration in the works now?

Since Friday, riots have been ongoing in the East Jerusalem neighborhood of Sheikh Jarrah after Palestinian suspects threw a Molotov cocktail at a Jewish home that resulted in a fire, severe damage – but miraculously no injuries as the family was not home.

The situation was further inflamed on Sunday when far-right-wing Knesset Member Itamar Ben Gvir set up a makeshift office in the neighborhood in order to – in his words – protect the Jewish residents of the area. The firebrand politician blamed police for failing to defend Jewish residents from attacks. 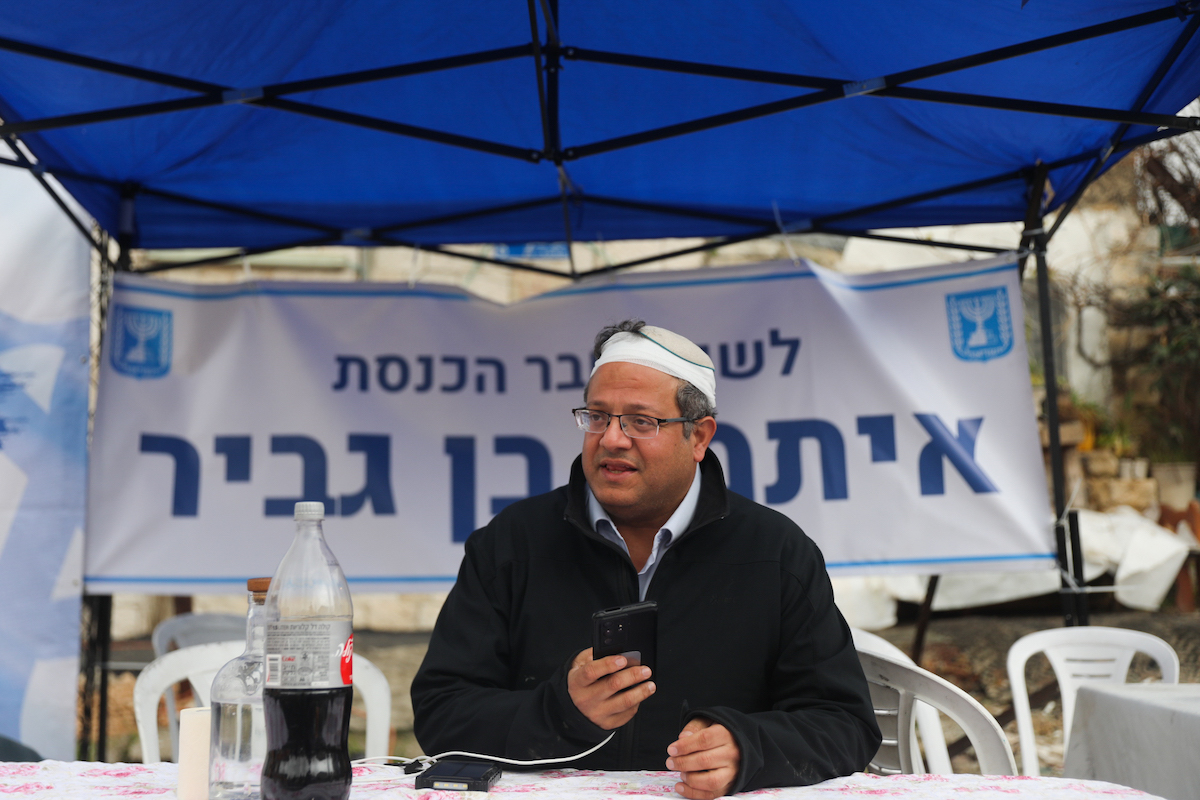 MK Itamar Ben Gvir arrives to his makeshift office after he was injured last night during clashes between Jews and Palestinians, in the East Jerusalem neighborhood of Sheikh Jarrah, Feb. 14, 2022. (Photo: Flash90)

Yesterday, police tried to dismantle the office, which currently consists of a tent and a table, but that set off violent clashes between Jews and Israeli police. Ben Gvir – who planned to stay through the night – fainted during the fighting and was rushed to a hospital for treatment.

“The police have crossed every possible line tonight,” Ben Gvir tweeted on Sunday night before he fainted. “While our representatives sat down with the district commander to bring about permanent police security, dozens of police officers come, use severe violence against right-wing activists and me, and try to destroy the parliamentary office. We didn’t plan on it, but we’re going to stay and sleep here tonight.”

Clashes between Jewish and Palestinian residents of Sheikh Jarrah, as far-right MK Itamar Ben Gvir arrives to set up his "parliamentary office" in the flashpoint East Jerusalem neighborhood. pic.twitter.com/rNy1ciuNKJ

He said he plans to return today.

But Ben Gvir’s polarizing presence has attracted the attention of both the Palestinian Authority and Hamas.

“What is happening in Sheikh Jarrah neighborhood is an official Israeli consolidation of 'Israelization' and Judaization of the Holy City that threatens to change its existing historical, legal and demographic status to serve the narratives of the occupation and its colonial interests,” said the Palestinian Ministry of Foreign Affairs and Expatriates in a statement.

The ministry said it holds the Israeli government fully and directly responsible for this escalation “and for any resulting consequences on the Palestinian-Israeli conflict.”

Hamas had even stronger words.

“The settlers’ attacks on Sheikh Jarrah, led by Itamar Ben Gvir, are a game of fire that could ignite all of Palestine,” warned Muhammad Hamada, a spokesman for Hamas Jerusalem. “The ramification of such attacks are explosive and could backfire.”

He called on Palestinians to “mobilize for the residents of Sheikh Jarrah.”

Another terrorist organization based in Gaza, Islamic Jihad, also called on Palestinians to protect Sheikh Jarrah residents and said that Israel would be held responsible for any further violence.

Sheikh Jarrah has long been a hotspot of contentious relations between Jewish and Arab residents due to a long-time property dispute between the Jewish Israeli owners and the Palestinian tenants of the building. Both sides claim ownership of the building and the issue is currently caught up in a contentious court case.

Though tensions are always swirling in the East Jerusalem neighborhood, the situation flares up from time to time in violent clashes as it has this week – and as it did before the May war.

In the weeks prior to the Gaza-Israel war, ongoing protests in Sheikh Jarrah were followed by violence between Israeli police and Muslims outside Jerusalem’s Old City during Ramadan and then clashes at al-Aqsa Mosque, sparking the first rocket fired at Jerusalem.