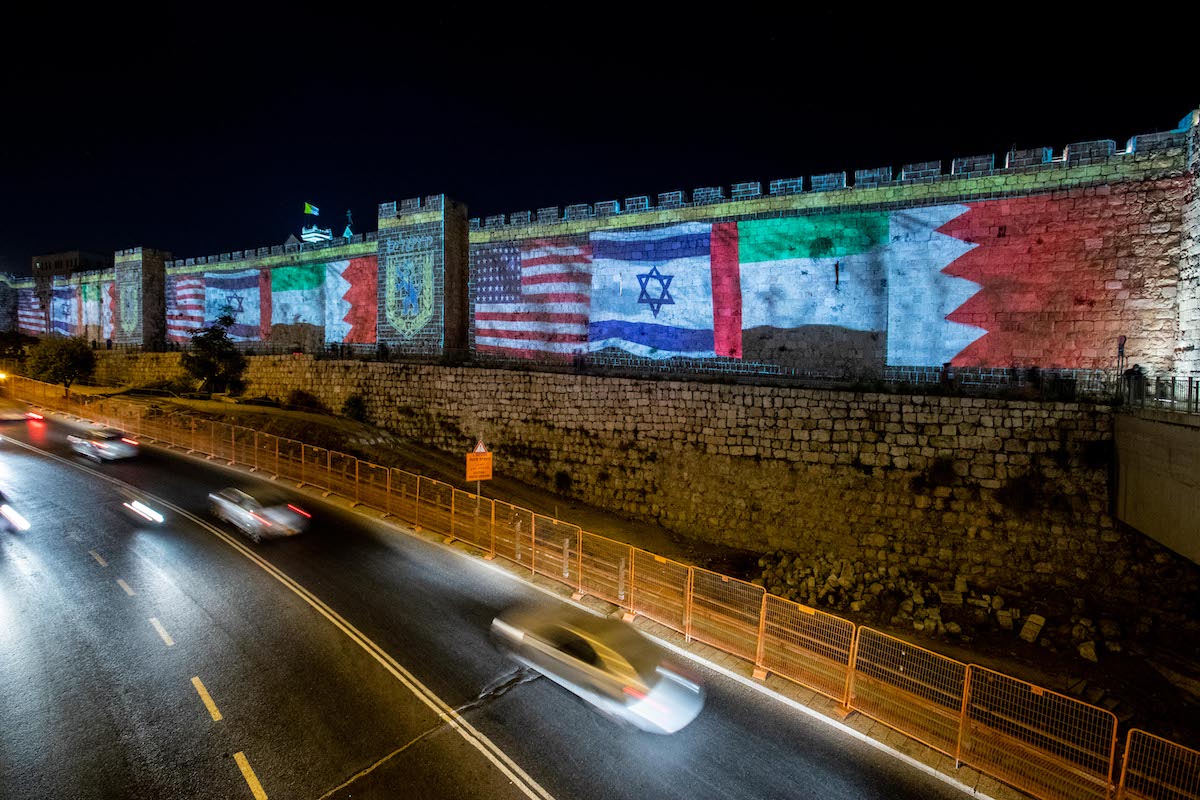 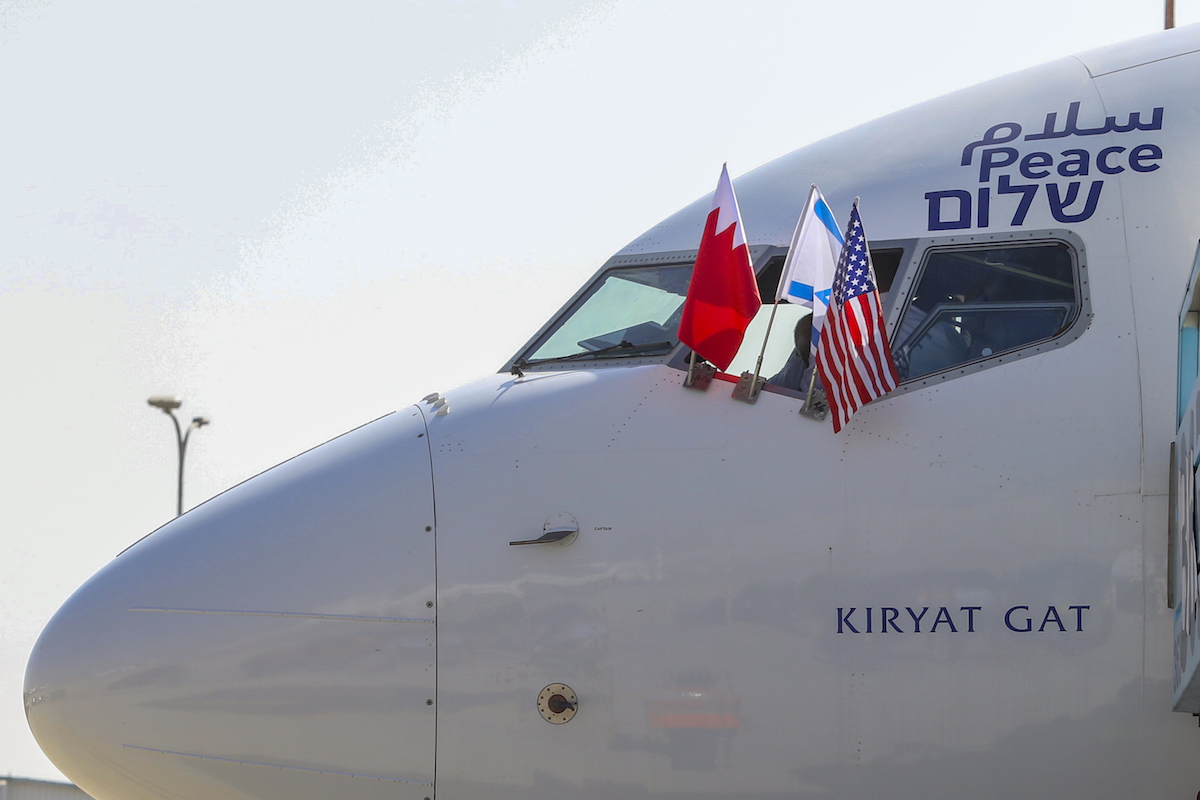 The national flags of Bahrain, Israel and America are seen on an El Al plane to Bahrain flying a delegation to sign a series of bilateral agreements between Jerusalem and Manama, at Ben-Gurion Airport, Oct. 18, 2020. (Photo: Marc Israel Sellem/POOL)
UAE delegates wave to El Al plane at the end of Israel-UAE normalization talks in Abu Dhabi, Sept. 1, 2020. (El Al Spokesperson's Office) (Photo: screenshot YouTube)
A delegation of young Bahrainis and Emiratis on visit to the Israeli Knesset organized by Sharaka (Photo: Amit Deri/Twitter)
Delegation members from the United Arab Emirates and Bahrain participate in the candle lighting ceremony for the 5th night of Hanukkah at the Western Wall Plaza, December 14, 2020. (Photo: The Western Wall Heritage Foundation)
FM Yair Lapid greeted by UAE Minister of State Ahmed Al Sayegh upon his arrival in Abu Dhabi, June 29, 2021 (Photo: Israel Ministry of Foreign Affairs/Twitter) 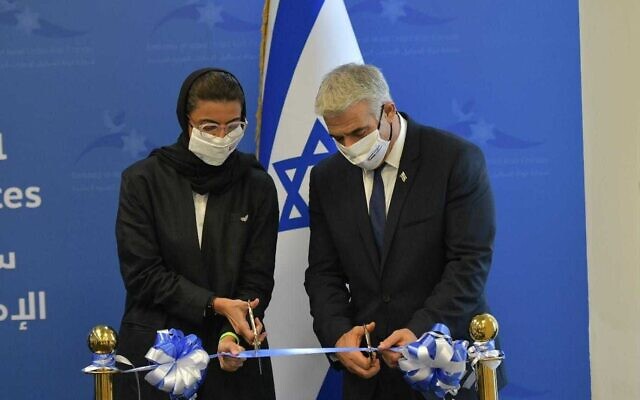