Archaeologists working at Tel Shiloh earlier this summer discovered piers that they believe formed a door into a gate complex at the northern edge of the biblical city.

The finding, said Scott Stripling, director of the Tel Shiloh excavations for the Associates for Biblical Research, was surprising but also made sense because the wall was only located about a kilometer from the Shiloh spring. It would be logical for residents to have entered and exited from that side of the city to access water.

“This was either the main gate or another gate,” he told ALL ISRAEL NEWS.

Stripling added that they also discovered a “glacis” – an earthen embankment that surrounds the fortification wall – which terminated at the proposed gate entrance. At that location, there was a symmetrical breach in the wall, which suggests there may have been a gate chamber – a complex through which people had to enter before coming into the city itself.

“This is important because the High Priest, Eli, died in the gate of Shiloh,” Stripling said. “We discovered what we think is the gate mentioned in 1 Samuel 4.”

“When he mentioned the ark of God, Eli fell backward off his chair by the side of the gate. His neck was broken and he died, for he was an old man, and he was heavy. He had led Israel 40 years” (1 Samuel 4:18).

Stripling carried out his excavations at Tel Shiloh under the auspices of the Civil Administration of Judea and Samaria during May and June, alongside 135 volunteers from 11 nations and 12 different universities. The Associates for Biblical Research has been working in the highlands of Israel for 43 years.

Stripling and his team have been working at Tel Shiloh since 2017, with a two-year hiatus during the COVID-19 pandemic, making this summer their fourth season of excavations.

Before Tel Shiloh, they dug at Khirbet el-Maqatir. Tel Shiloh is the fourth site they have excavated. 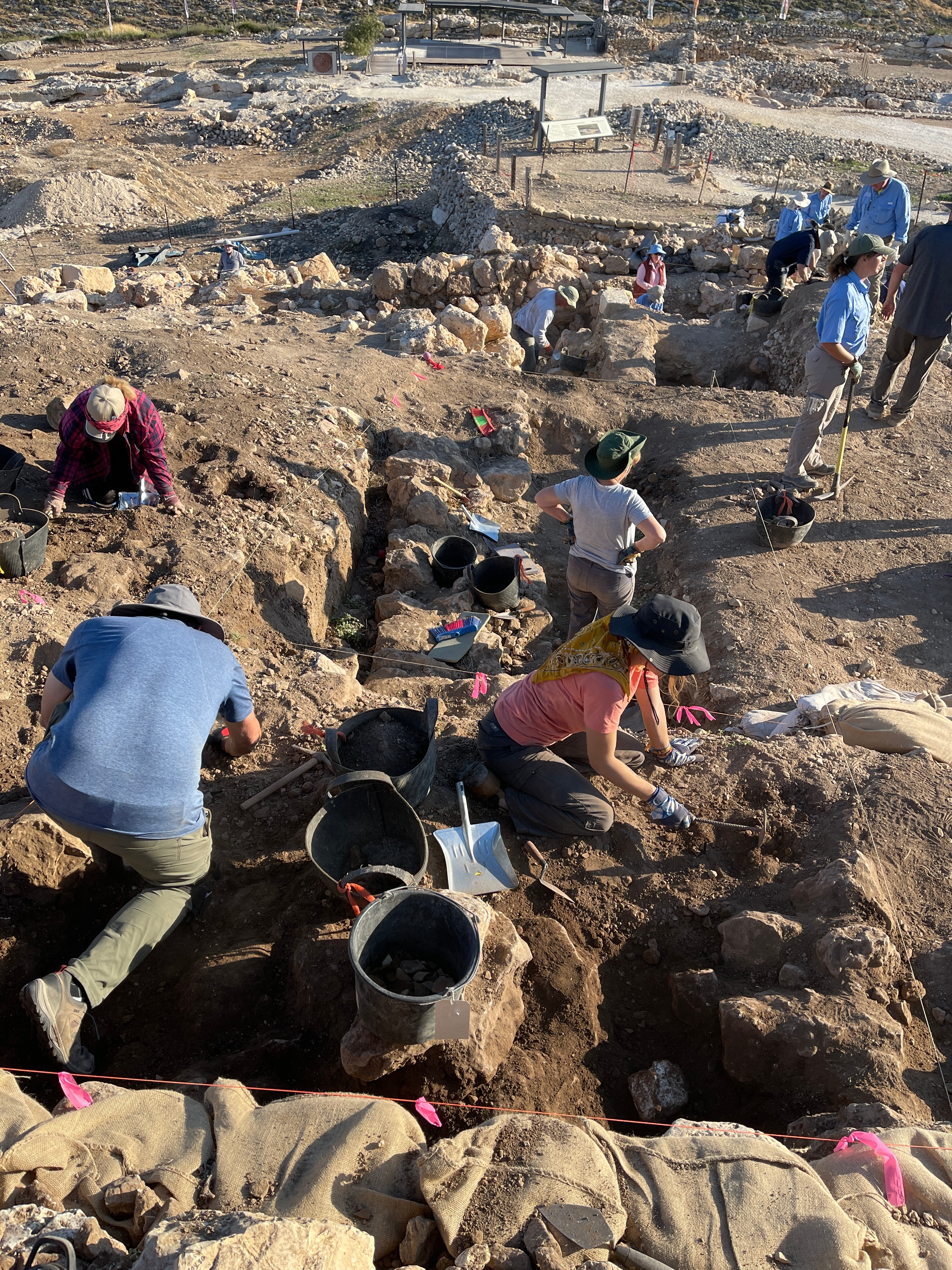 Stripling made headlines this year when he announced that a lead tablet measuring 2 square centimeters – taken from a site on Mount Ebal excavated by Prof. Adam Zertal more than 30 years ago – was believed to be a “curse tablet” dating back to at least the 13th century B.C.

Stripling’s team discovered the tablet in December 2019, but it took two years and new CT technology to be able to decipher the text inside because the amulet was folded in half and the metal was too brittle to unfold.

CT scans performed in Prague revealed an ancient proto-alphabetic Hebrew inscription consisting of 48 letters, including what is believed to be God’s name.

Stripling told ALL ISRAEL NEWS that he submitted an article on the discovery to the Archaeological and Anthropological Sciences peer-reviewed journal earlier this month and he hopes the paper will be published soon.

TEL SHILOH IN THE BIBLE

Tel Shiloh is one of the most biblically significant sites where Stripling has worked, he said. The site is first mentioned in the Bible when Joshua erects the tabernacle there in the Late Bronze Age. It is believed that the Ark of the Covenant was kept inside the tabernacle.

Findings date the site back to the Middle Bronze II period. It served as the capital of Israel for over 300 years before Jerusalem.

During their four seasons of excavations, Stripling and his team discovered a number of objects that they believe bring the Bible to life and help validate its narrative – although there are those who disagree.

These items include storage rooms that line the northern perimeter of the fortification walls, strategically positioned next to a monumental building which may have served as a platform for the tabernacle.

Stripling said the rooms are “unique in their construction” and inside them were found a number of collared-rim jars dating to the Iron Age I. Such jars could have been used by people who wanted to store tithes they were bringing. 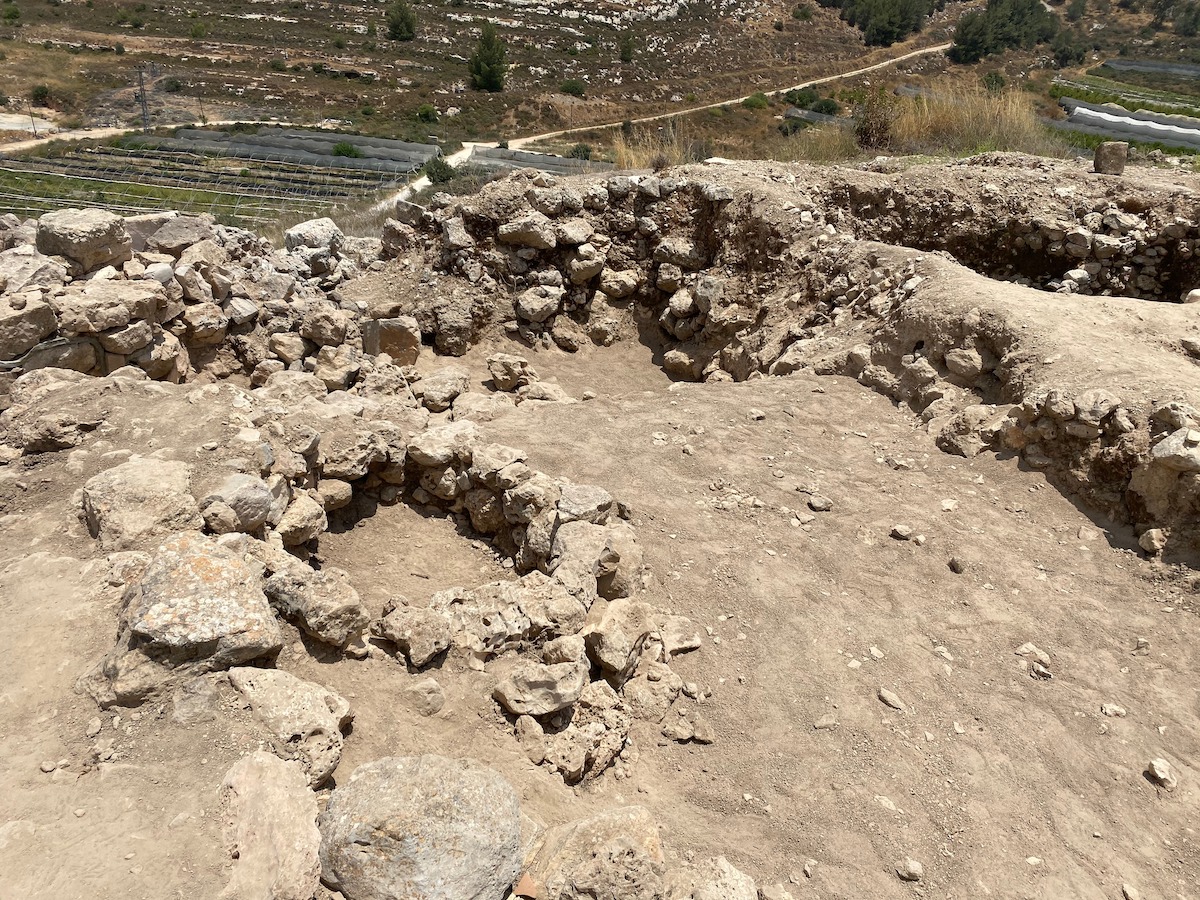 The platform’s dimensions align with those given in the Bible for the tabernacle. Moreover, a demolished four-horned altar was found nearby, as well as two ceramic pomegranates, typical of the ornaments described in the Bible as hanging from the priest’s robe.

“All of this together inductively suggests to us that we are seeing what is found in the Bible,” Stripling said. “There are many lines of evidence and from it an overarching picture emerges.”

He said the team excavated thousands of more bones this summer. They will now undergo carbon dating and zooarchaeological analysis in hopes of gaining further clarity.

Stripling said if some colleagues do not believe him, that the biblical narrative is accurate and if they have another explanation, “I would love to hear it.”

He added that the team found evidence the site continued to be occupied for many more generations, including during the Second Temple Period (when Jesus lived), and later during the Byzantine, Islamic, Late Roman and Persian periods, too.

However, he said his team is focusing primarily on the transition period between the Bronze and Iron ages.