JERUSALEM, ISRAEL — The nice way to put it: Naftali Bennett is in serious trouble.

Approaching one year in office, the pinnacle of his Knesset career, the 49-year-old Israeli prime minister is steadily losing political altitude. 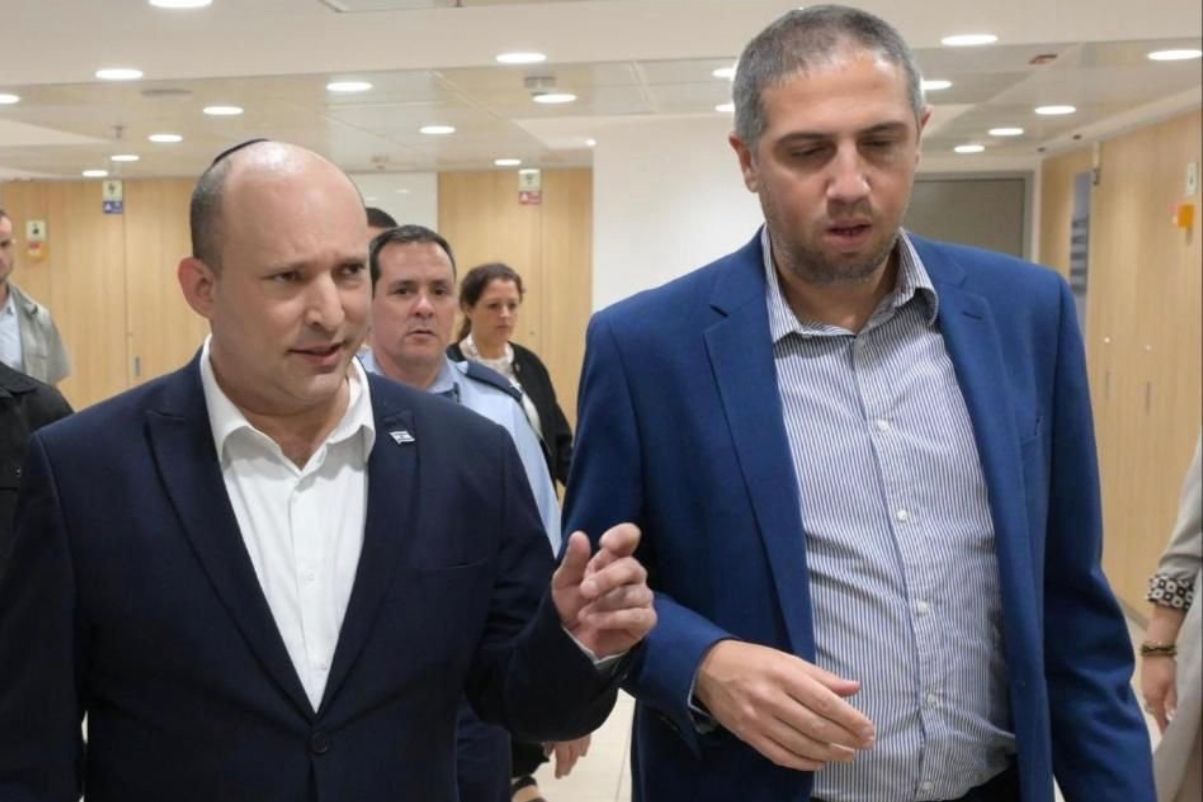 A NEW THREAT TO RESIGN

ONE LEADER AFTER ANOTHER IS LEAVING BENNETT’S SIDE

On April 5, the chairwoman of Bennett’s government coalition – Idit Silman, a key Knesset member of Bennett’s own right-wing party, Yamina – said she would no longer vote with the coalition.

“I will not abet the harming of the Jewish identity of the State of Israel and the people of Israel. I will continue to try to persuade my friends to return home and form a right-wing government,” she said in a statement. “I know I am not the only one who feels this way. Another government can be formed in this Knesset.”

Last June, the first Knesset member in Bennett’s party – Amichai Chikli – defected, voting against the formation of the very government that made Bennett prime minister.

Just last month, Yamina moved to formally declare Chikli a “defector,” saying he had voted against the government on no less than 670 parliamentary votes.

Chikli will now be barred from running for Knesset in the next elections with any other party, unless he can form his own party.

All this is trouble just with Bennett’s own team.

But that’s not all.

THE UNREST IS SPREADING

Last Thursday, Knesset Member Ghaida Rinawie Zoabi – a member of the left-wing Meretz member and part of the governing coalition – announced with great fanfare that she was no longer voting with the government.

When Bennett began to form his government last June, he thought he and his coalition had 62 seats, while the opposition – headed by Benjamin Netanyahu – had only 58 seats.

With the defection of Chikli, Bennett actually had only 61 seats and Netanyahu had 59.

With Silman’s defection, Bennett suddenly had only 60 seats, and Netanyahu had 60 with him.

With Zoabi bailing, Bennett was down to 59 last Thursday. However, over the weekend, Bennett and Foreign Minister Yair Lapid worked hard to persuade Zoabi to stay.

One of her main issues was wanting more economic aid for Israeli-Arab communities.

Today in his meeting with Zoabi, Lapid promised her the aid she wants, and she agreed to stay in the governing coalition.

"I come from Arab local government, where I grew up politically,” Zoabi told reporters. “Now I am in the Knesset in order to benefit the Arab community. After huge pressure brought to bear on me by heads of Arab local authorities, who understand the significance of my resignation from the coalition, I agreed to the meeting today, and I came with them to meet Minister Lapid. I want to say that I am aware and understand that the alternative to this government is that the next police minister will be [Itamar] Ben Gvir [a far right wing Israeli politician], and I want to prevent that alternative.”

"Therefore, since I am here to serve the local authorities and provide for the needs of the Arab community, I will support the coalition. But I want the government to be genuine, and attentive to the Arab community and its needs in health, education, housing, and infrastructure."

DISASTER AVERTED – BUT FOR HOW LONG?

Having dodged a political bullet that very well could have doomed the coalition and sent the country into a fifth round of elections in three years, Lapid commented, "I welcome MK Rinawie Zoabi back to the coalition. We conducted an open, candid, temperate discussion of the real needs of the Arab community, both with her and with the heads of the local authorities, whom I thank for coming and rallying round. We have put this dispute behind us, and we are getting back to work in the government.”

Still, neither Bennett nor Lapid – nor their unconventional coalition – is in the clear.

It is very possible the government could collapse at any moment.

The main problem is inside Bennett’s Yamina party.

But the trouble is by no means contained within Yamina.

And members of the opposition smell blood in the water.