Tensions in the West Bank are high after the Israel Defense Forces (IDF) arrested one Palestinian and another was killed in a shootout with soldiers. The IDF conducted operations over the weekend in Jenin after three Israelis were killed in a shooting by a Palestinian terrorist.

The army has been focused on Jenin after a second resident from the Palestinian city committed a terror attack in Israel. On Thursday night, Ra’ad Hazem opened fire on Tel Aviv’s busy Dizengoff Street, killing three before he escaped the scene. Hazem was on the loose for several hours before being found at a mosque in Jaffa and then killed in a shootout with Israeli security officers.

Hazem entered Israel without a permit, crossing through a gap in Israel’s security fence and from there took a bus to Tel Aviv to carry out the attack. Hazem’s father, a former officer in the PA security forces, praised the attack.

“Your eyes will see the victory soon. You will see the change. You will achieve your freedom… God, liberate the al-Aqsa Mosque from the desecration of the occupiers,” Fathi said.

Israel is hoping that the Biden administration will exert pressure on Palestinian Authority President Mahmoud Abbas to cut existing and future stipends from the PA to attacker's father.

It was the fourth attack in two weeks and the three victims brought the total to 14 killed in a new wave of terror. The three victims from Thursday were Tomer Morad, Eytam Magini and Barak Lufan who were laid to rest on Sunday.

Morad and Magini, both 27 were childhood friends.

Morad’s girlfriend, Ariel, said he was her "heart, my anchor, my world.”

“You’re everything to me. My body is shaking, it’s weak, and my heart can’t comprehend. We’re not really separating today, we will forever be there for you. We have the greatest, purest love – no one can ever take that,” she said at his funeral.

Lufan, 35, was a father of three and also coach on Israel’s Paralympic team, as well as head coach of the Israeli national kayak team. He was shot Thursday in the attack, but succumbed to his wounds the following day.

“Barak is my other half, my best friend. I can only wish for others the partnership I had with Barak,” his wife, Dana said. “We have three adorable children,” Dana said, “Yuval, who is 5 and a half, Amit, who is 3 and a half and Dor, who’s 5 months old. Barak was waiting so long for him and always said he would be a [kayak] rower, there wasn’t another option.” 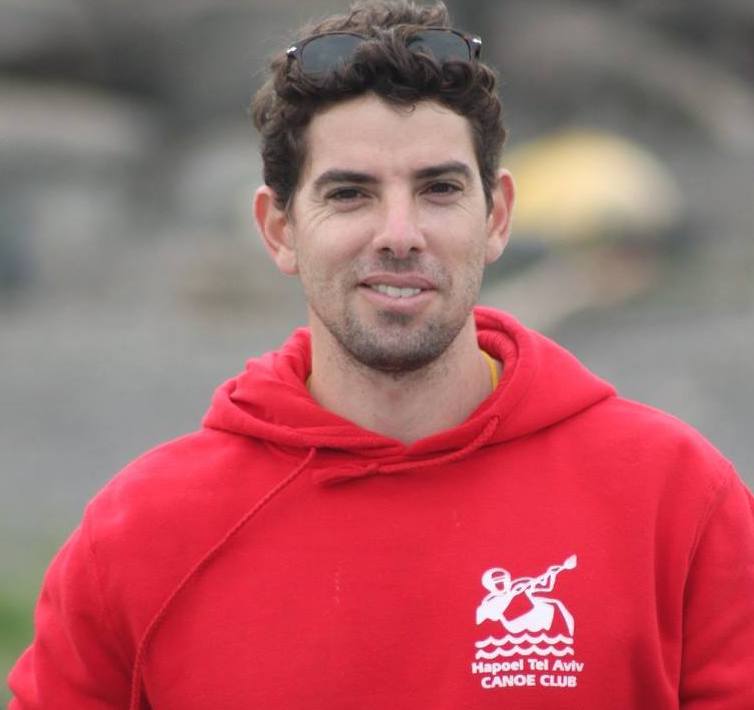 In another incident, Palestinians vandalized Joseph’s tomb, near the West Bank city of Nablus on Saturday night. The IDF said about 100 Palestinians broke into the tomb and set fire to it.

“During the night Palestinians destroyed Joseph’s Tomb. Dozens of Palestinian rioters in a campaign of destruction simply violated a holy place for us, the Jews,” Prime Minister Naftali Bennett said Sunday. “They broke the tombstone on the grave, set fire to rooms in the compound – I saw the pictures and was shocked. We will not abide such an assault on a place that is holy to us – on the eve of Passover – and we will get to the rioters.”

Defense Minister Benny Gantz called the desperation “grave” and “a serious violation of freedom of worship in one of the holiest places for every Jew.”

“It violates the feelings of the entire Jewish nation, especially when it occurs during the Muslim holy month,” he said in a statement.

“The State of Israel will take action to ensure that the site will be refurbished and quickly returned to its original condition. In addition, we will take all the measures necessary to prevent such incidents.” 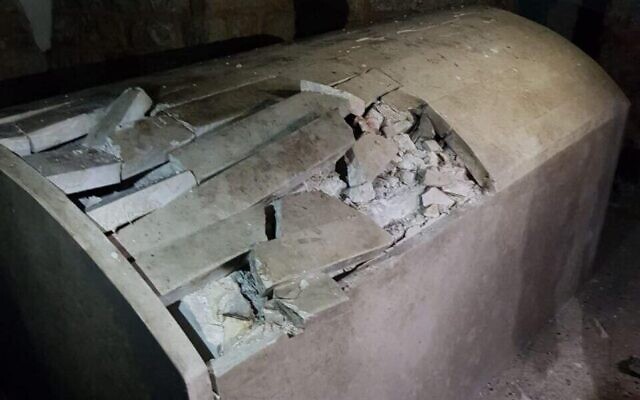 The IDF operation Saturday was part of the larger Break the Wave effort by the Israeli government to curb the current wave of terrorism, the worst in many years.

“IDF soldiers operated this morning to survey the residence of the terrorist that committed the terrorist attack in Tel Aviv on Thursday, in which three Israelis were killed and multiple injured, in order to examine the potential demolition of the house,” the IDF said in a statement. “In addition, IDF special forces and other security forces acted on precise intelligence to apprehend two people suspected of involvement in terrorist activity in the city of Jenin and the adjacent villages. During the counterterrorism activity, IDF soldiers were engaged in exchanges of fire with armed assailants who fired at them. One of the armed assailants that was neutralized is known as an operative in the Palestinian Islamic Jihad terror organization. In addition, IDF soldiers neutralized another armed assailant, also known as an operative in the Islamic Jihad terror organization. The assailant was apprehended and evacuated for medical attention. His weapon was confiscated.”

IDF Chief of Staff Aviv Kochavi said on Friday that the army would expand its operations in the West Bank due to the increase in terrorism.