Despite a rancorous campaign and coalition-building process, former opposition leader and now Foreign Minister Yair Lapid gave credit to former Prime Minister Benjamin Netanyahu calling him “the architect of the Abraham Accords and who worked tirelessly to bring them about.”

“This moment is his, no less than it is ours,” Lapid said during a ceremony to inaugurate the Israeli embassy in Abu Dhabi.

Lapid also thanked former U.S. President Donald Trump for his country's role in bringing about the historic normalization treaty between four Muslim nations – so far – with Israel, leading to this moment.

The United Arab Emirates was the first country to agree to the Abraham Accords followed by Bahrain, Morocco and Sudan. The first two countries signed the agreement with Israel in Washington D.C. in September. 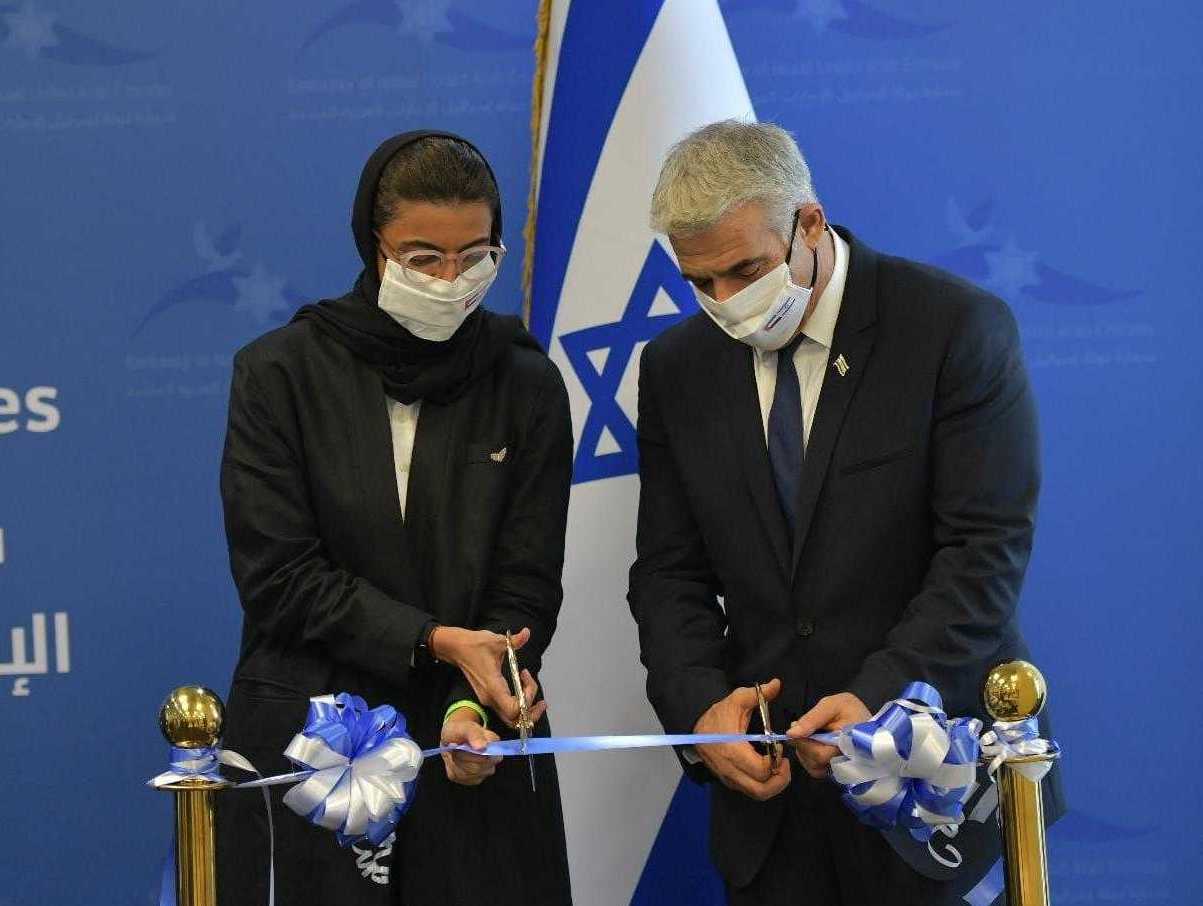 “In the wake of the Abraham Accords of last year … our two countries have witnessed incredible strides in the political, economic and cultural fields,” Kaabi said.

Israel’s embassy in Abu Dhabi is expected to be one of its largest diplomatic missions abroad and will include Israeli police and representatives of several ministries.

“This is an historic moment. And it is a reminder that history is created by people. People who understand history, but are willing to change it. People who prefer the future to the past,” Lapid said. “Israel wants peace with its neighbors. With all its neighbors. We aren't going anywhere. The Middle East is our home. We're here to stay. We call on all the countries of the region to recognize that. And to come talk to us.”

He reiterated his call for regional peace in the guest book: “'And they shall beat their swords into plowshares, and their spears into pruning hooks: a nation shall not lift up sword against nation, neither shall they learn war anymore.' (Isaiah 2) Peace is a choice and we chose it together. Israel and the United Arab Emirates are on the path of peace for our peoples and for the entire region.” 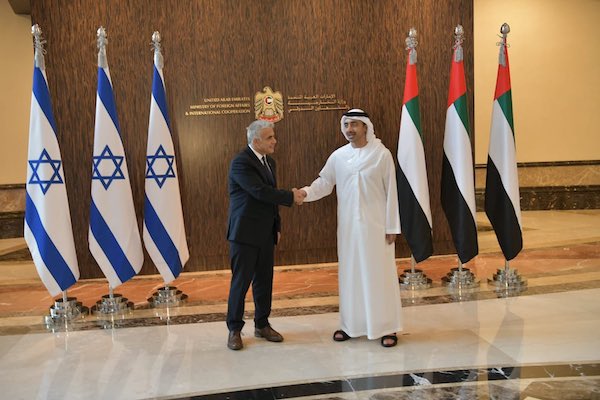 “Proud to represent the State of Israel on its first official visit to the United Arab Emirates. Thanks for the warm welcome,” Lapid tweeted after landing in the UAE on Tuesday morning.

U.S. Secretary of State Tony Blinken said the events of the day were “significant for Israel, the UAE, and the broader region.”

“The United States will continue to work with Israel and the UAE as we strengthen all aspects of our partnerships and work to create a more peaceful secure, and prosperous future for all the peoples of the Middle East,” Blinken said in a statement.