The 19-year-old winner of Afghanistan’s 57-kilometer national cycling championships, which were held on Sunday in Aigle, Switzerland, and her sister – the second-place winner – had fled their Taliban-ruled country just in time.

Since the Taliban took power in Afghanistan last year, the Islamic fundamentalist group has forbidden the country’s women and girls from participating in sports and to serve in many government positions, and have forbidden them secondary-school education.

Only Afghan women living outside their home country can participate in international sports competitions; now living in Italy, Fariba Hashimi, 19, and Yulduz Hashimi, 22, signed contracts to join the Israel-Premier Tech Roland team, which is owned by Israeli-Canadian billionaire businessman and philanthropist, Sylvan Adams.

“We are making history here as these two brave women become the first from their country to reach this level of the sport,” Adams said. “It is part of our commitment to helping young cyclists from all over the world – from developing nations to war zones.”

Adams has taken up the cause to help rescue Afghans from the harsh realities of a Taliban-controlled Afghanistan. 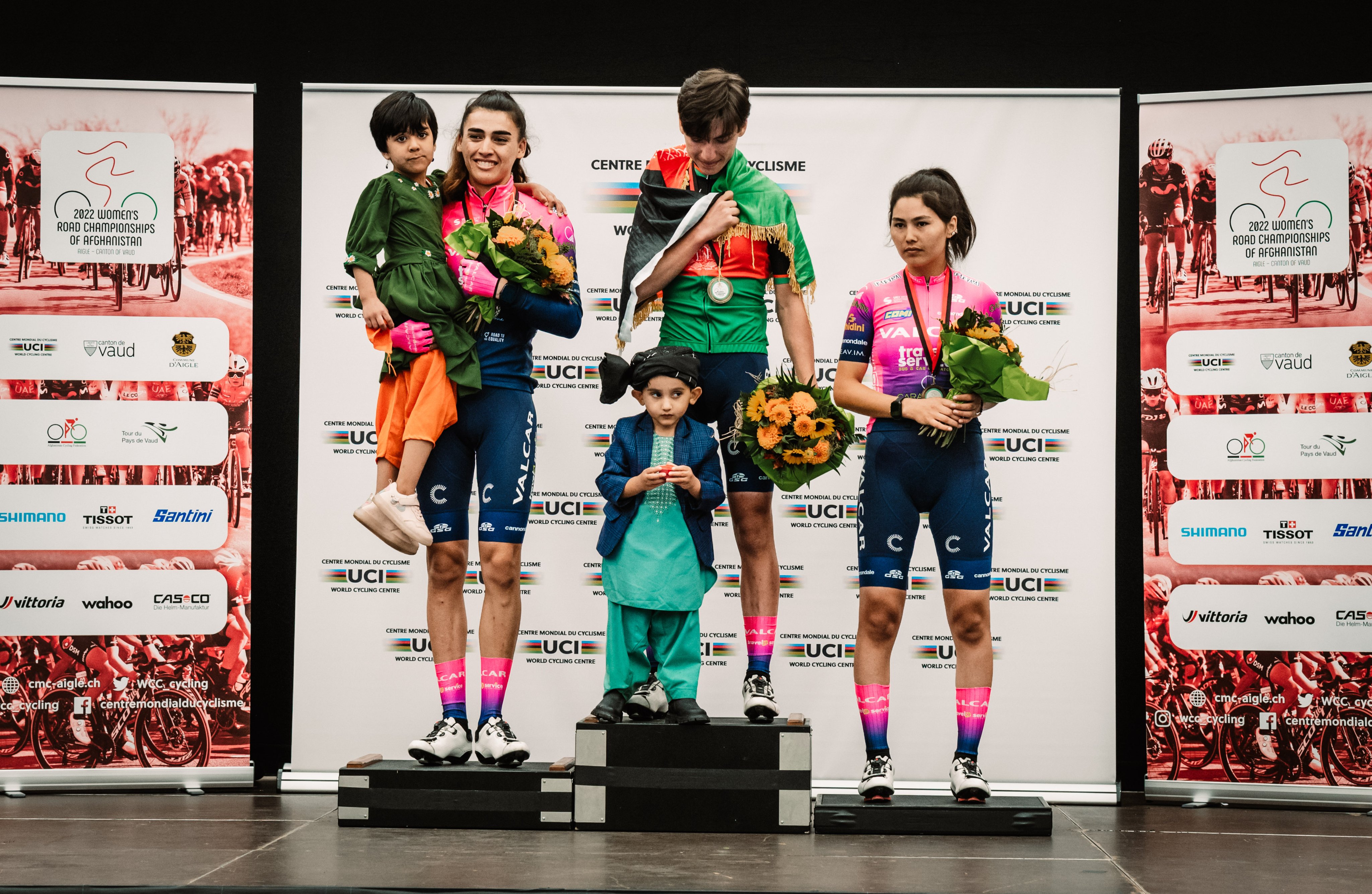 “I can’t lie; it’s so exciting but it’s pressure, too,” said the younger Hashimi, after signing the contract. “Honestly, I didn’t think I would get this opportunity to ride for a [UCI] World Tour team and a chance to race in the Tour de France.”

“I will take the challenge head-on and race for all the women in Afghanistan,” the future winner said. “My country today is dangerous for many of the women living there. Women are not free to live and thrive as they wish, but if they see me riding in the [Tour de France] with the Afghan colors they will see that everything is possible.”

Following the chaotic withdrawal of the U.S. military from the country, the Taliban-led government has since installed “draconian policies,” according to Amnesty International.

In September 2021, the Taliban's spokesman for International Media Suhail Shaheen told Russian media outlet Sputnik International that the radical Islamists are willing to establish relations with all countries in the world, including the United States, except one: the Jewish state of Israel.

“Of course, we won’t have any relation with Israel. We want to have relations with other countries, Israel is not among these countries,” Shaheen said.

However, a small faction within the Taliban may be willing to develop unofficial ties with Israel, according to a recent i24NEWS report.

Afghanistan and Israel have never had diplomatic relations.