The Jewish state and its Arab allies are reportedly working on establishing a regional air defense pact to counter the growing threat of Iranian missiles and drones across the Middle East.

The emerging Arab-Israeli alliance could become a reality in the near future, Israeli media reported after receiving an off-record briefing by Israel Air Force officials. The Israel Air Force, which plays a central role in the growing Middle East version of NATO, is widely considered to be among the most powerful and advanced air forces in the world.

The fresh report of the emerging NATO-inspired defense pact against Iran comes on the heels of the historic Negev Summit this week in Israel, where the foreign ministers of Israel, the U.S., Egypt, Morocco, the United Arab Emirates (UAE) and Bahrain convened to discuss regional peace and security.

Israel views this military coordination with friendly Arab states as a new “strategic asset” against aerial threats like drones and missiles. The growing Arab-Israeli military cooperation is mutually beneficial. The Arab states will get access to advanced Israeli military technologies, while Israel will be able to rely on the Persian Gulf’s proximity to Iran in order to identify Iranian threats quicker.

The UAE and Bahrain are particularly vulnerable to Iranian drones due to their geographic proximity to Iran. In January, the UAE and its U.S. ally intercepted an Iranian-backed Houthi militia missile attack against the Emirati capital Abu Dhabi. Last week, the Houthis launched a drone attack against oil facilities in the Saudi city of Jeddah. Iran and its terrorist proxies, Hezbollah and the Houthis, have also tried to launch drone attacks against the Jewish state and against ships across the Middle East’s naval lanes.

The emerging Arab-Israeli military alliance is growing amid continued close military ties between Washington and Jerusalem. The U.S. Fifth Navy and the Israeli Navy announced that it would hold a joint naval exercise this week in the Mediterranean Ocean and the Red Sea. Dubbed “Intrinsic Defender,” the American-Israeli drill covers diverse challenges such as naval combat vessel protection, naval firing, sabotage and neutralization of naval mines. Some 300 soldiers and commanders from each navy are taking part in the bilateral drill. 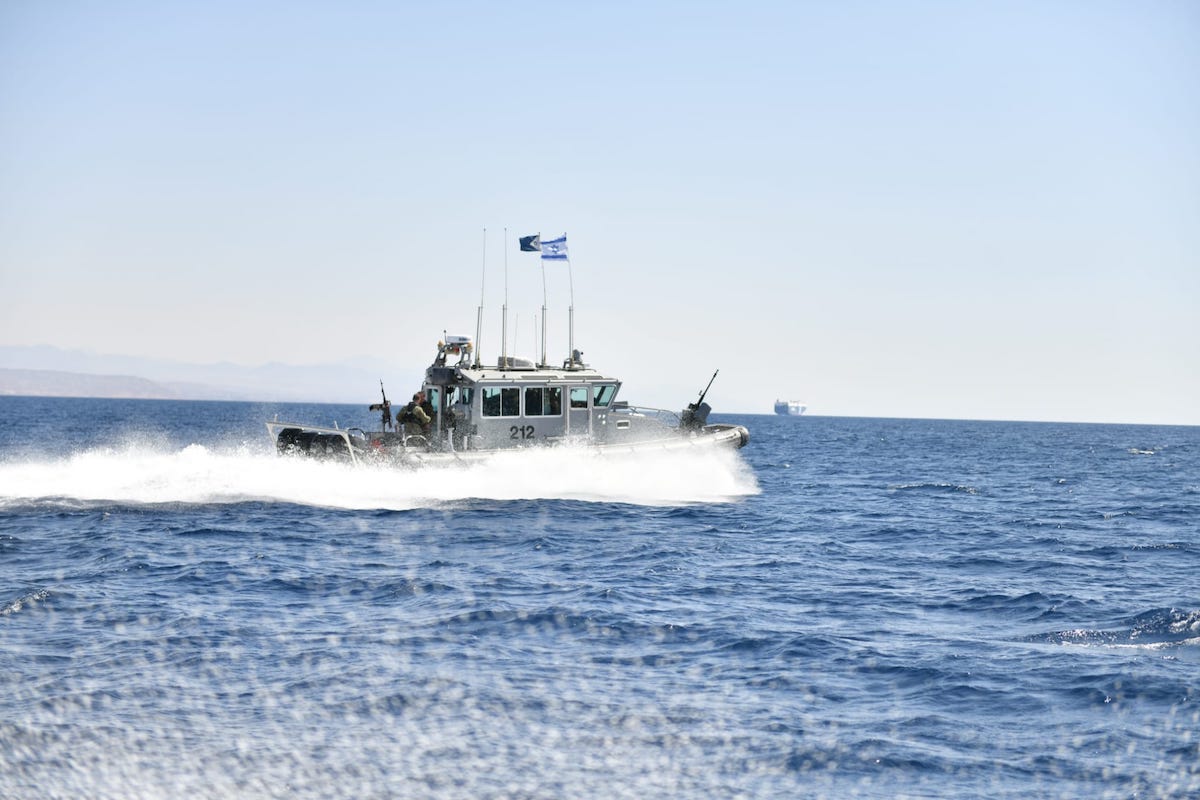 “The exercise aims to expand the Israeli Navy’s operational abilities and deepen the shared learning process,” the Israel Defense Forces said in a statement.

In a show of force in November, the U.S., Israeli, Emirati and Bahraini navies held their first joint drill.

“It is exciting to see U.S. forces training with regional partners to enhance our collective maritime security capabilities. Maritime collaboration helps safeguard freedom of navigation and the free flow of trade, which are essential to regional security and stability,” Cooper said.

In December 2021, Major General Tomer Bar, the incoming commander of the Israel Air Force, warned that the Jewish state could be forced to strike Iran’s nuclear program anytime.

The Israel Air Force commander is confident that Israel has the military capability to destroy Iranian nuclear facilities in such a scenario.

“There is no way that we will operate there, one thousand kilometers from here, and I will return home without being able to say, ‘I completed the mission.’”