Congress approved funding to replenish Israel's Iron Dome missile-defense system by an overwhelming 420-9 majority on Thursday after the $1 billion in funding was removed from another bill under pressure from anti-Israel Democrats earlier this week.

The decisive vote revealed that bipartisan support for Israel in Washington is still alive and well despite challenges this week from a group of progressive Democrats.

Thursday's separate vote on the funding was taken after congressional Democrats such as Alexandria Ocasio-Cortez (AOC), Rashida Tlaib, Ilhan Omar and others known as “the Squad” pressured the party's leadership to strip the funding from the U.S. budget during a vote on Tuesday.

Israeli Prime Minister Naftali Bennett thanked members of the U.S. House of Representatives, "Democrats and Republicans alike, for the overwhelming support for Israel and for the commitment to its security."

"Whoever tries to challenge this support received an unequivocal answer today," he said. "The people of Israel thank the American people and their representatives for their steadfast friendship." 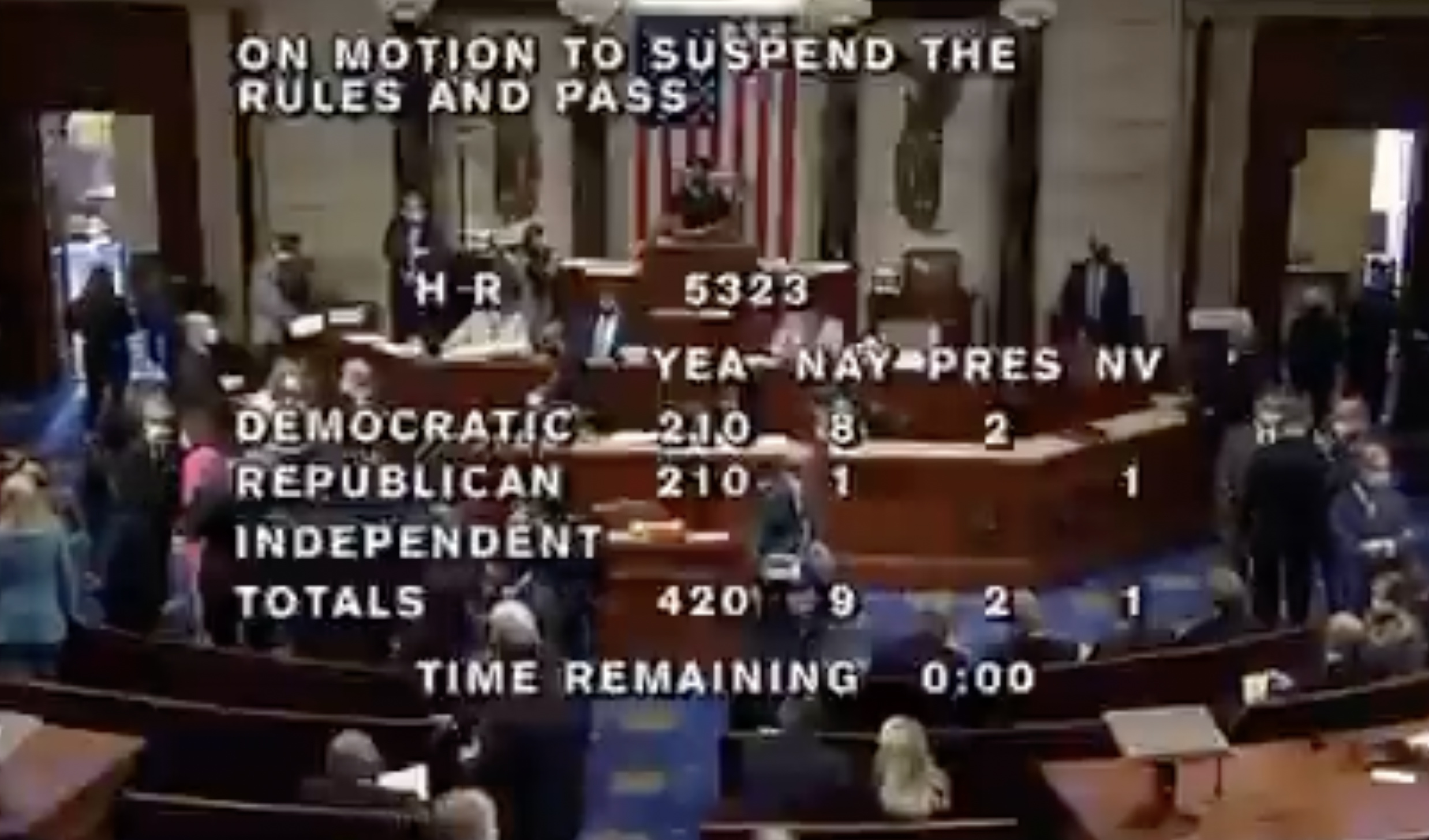 House Majority Leader Steny Hoyer allowed the separate bill to come to a vote, bypassing the normal rules. Now it goes onto the Senate for a vote.

Those who voted against the bill include representatives Tlaib and Omar, both Democrats and the first two Muslim women to serve in Congress.

"We must stop enabling Israel's human rights abuses and apartheid government," Tlaib said ahead of the vote. On the House floor she referred to Israel as an "apartheid regime" and called the bill "absurd and unjustifiable."

"I firmly believe our country must oppose selling weapons to anyone, anywhere without human rights law compliance," Tlaib said.

Omar tweeted: "Given the human rights violations in Gaza, Sheikh Jarrah, and ever-growing settlement expansion, we should not be ramming through a last-minute $1 billion increase in military funding for Israel without any accountability."

Clearly, they were not in the majority.

"I cannot allow one of my colleagues to stand on the floor of the House of Representatives and label the Jewish democratic State of Israel an apartheid state. I reject it," Deutch said. "If you believe in saving lives, Israeli lives and Palestinian lives, I say to my colleague who just besmirched our ally, then you will support this legislation."

Kathy Manning, a Democrat from North Carolina, brought the stand alone bill to a vote.

“We will pass this bill with the support of the majority of my colleagues and reiterate our ironclad support for our ally, Israel,” she said. “The Iron Dome is a critically important defense system used by Israel, one of our closest allies, to save civilian lives from terrorist attacks. Earlier this year, Hamas fired over 4,000 rockets at Israel and Iron Dome intercepted 90% of them, saving Israeli and Palestinian lives. Following those attacks, funding is required to replenish Iron Dome to ensure that the defense system is prepared to intercept future rocket attacks.”