JERUSALEM—When the decision was made to transfer an ancient mosaic from the Jerusalem neighborhood of Musrara to the Armenian Quarter in the Old City, curators stumbled upon a stunning discovery: Beneath the mosaic – a memorial to unidentified soldiers – were the bones of some 300 bodies.

The finding added intrigue to the already enigmatic mosaic which dates back to the 6th century, artist unknown, but was only discovered in the late 1800s.

Decidedly Armenian in its language and art, it is also unambiguously Christian in its symbolism of the tree of life, which underscores the unwavering decision of Armenia to become the first country to make Christianity its national religion in 301 A.D.

It is also evidence of an Armenian presence in the Holy Land that pre-dates and has outlasted many regimes and conquerors that have come and gone in the region.

After the mosaic was discovered by the Muslim homeowners in 1894, and it was determined to be Armenian, the Armenian patriarch purchased not just the mosaic, but – as the parable goes – the land it was on as well.

Here is what we do know: The mosaic is a dedication to Christian soldiers who, rather than deny Jesus, chose to be martyred. The writing in Armenian says: “For memory and salvation of all the Armenians whose names the Lord knows.”

The symbols in the mosaic are biblical and represent the life and blood of Jesus. In a ceremony before the official opening of the museum, priests buried the bones in their new resting place under the mosaic.

The mosaic is now the center of the museum, recently renovated and reopened in the Armenian convent of Jerusalem's Old City. Visitors can walk around the expansive mosaic and get a guided tour of the entire facility.

The museum itself is a history buff’s dream and covers a past of Jerusalem that most have never heard – that of the ancient Armenian presence in the region.

At one point, the Kingdom of Armenia stretched from the location of the modern-day nation to Akko in the first century B.C. As King Tigran retreated, he took several Jews with him – the influence of whom primed the Armenian people to be able to transform from a pagan nation to a monotheistic religion when they accepted Christianity a few centuries later, according to Arik Kahkedjian, a museum tour guide. 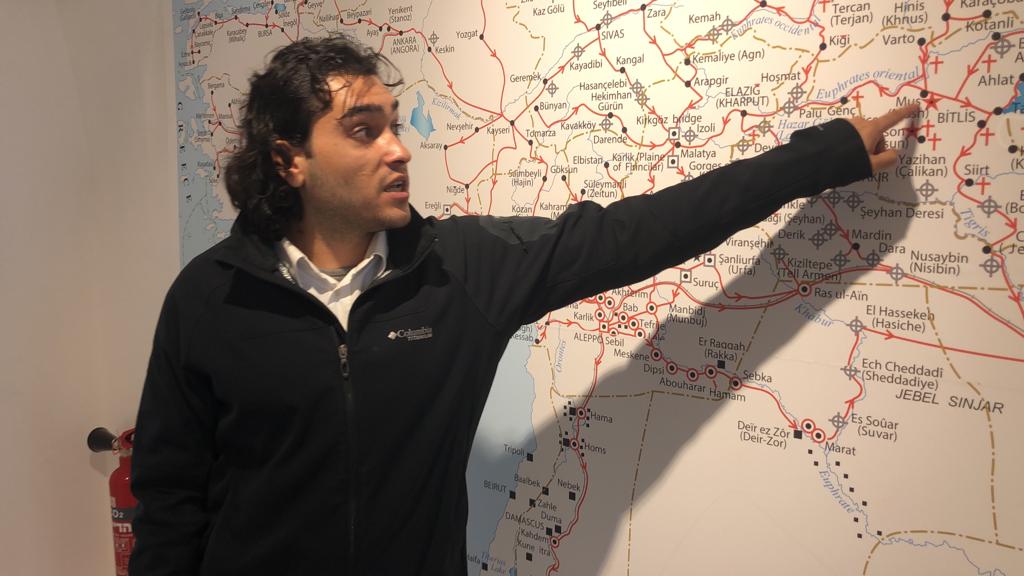 Arik Kahkedjian, a tour guide at the museum, points to a map of the Armenian Genocide on display at the museum. (Photo: ALL ISRAEL NEWS)

Since the Armenian community planted its post-Christianity roots in Jerusalem after 301 A.D., it has received the protection of whichever powers-that-be was in place at the time.

All of this is revealed in the museum along with the history of the iconic Armenian ceramics, unique to Jerusalem and the Holy Land’s first printing press, which was also Armenian.

SHADOWS OF GENOCIDE, REFUGEES AND ORPHANS

But the history takes a dark turn on the upper floor. The museum is housed in what was once an orphanage for refugees from the Armenian Genocide – 816 children who somehow made it from Turkey to Jerusalem without their parents.

Many Armenian families in Israel today have relatives who fled the genocide or arrived after one of Turkey’s infamous death marches – part of what contributed to the deaths of 1.5 million Armenians in the Ottoman Empire – in addition to other atrocities that took place between 1914 to 1918. 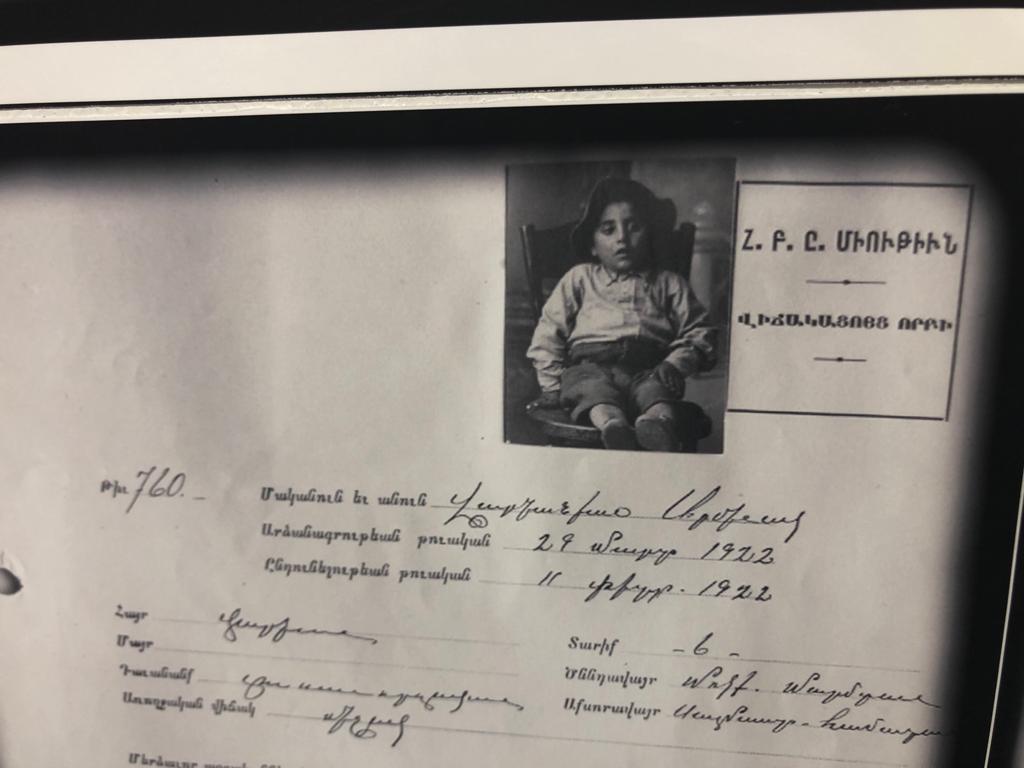 A file of an Armenian orphan whom escaped the genocide and found refuge in Jerusalem. (Photo: ALL ISRAEL NEWS)

In one hall, eerily reminiscent of Yad Vashem – the Israeli memorial to Holocaust victims – the names of the children are read aloud in a continuous loop.

Even Tzoghig Karakashian, who manages the museum, said she cannot walk through that room without becoming upset.

The museum opened in November after a massive renovations and painstaking historical research. The Mardigian family, from the United States, funded the project. The aim is to preserve and highlight the history of the Armenian presence in the region amid ever-changing geopolitical complexities.

“The Armenians are here and they have a big role,” Karakashian said. “People didn’t know the Armenians existed before Christ, but they had a big role here.”

A group of Israeli tour guides with Tzoghig Karakashian (center), the museum manager, at the Museum of the Armenian Patriarchate of Jerusalem. (Photo: ALL ISRAEL NEWS)

Though the museum is small, the information is voluminous and a guest can expect to take up to two hours on site to read the written material and watch the films about the history of Armenia or the genocide.

Last week, more than 100 Israeli tour guides were introduced to the museum on a special tour meant to encourage them to bring their groups as well.

“It was absolutely amazing – 120 tourism guides came out feeling that they have seen and heard the history of people that they would now want to share with future local tourists and foreign tourists,” said Yisca Harani – a well respected Israeli scholar and lecturer on Christianity. “I think that in itself is very powerful.”

The Edward and Helen Mardigian Museum of the Armenian Patriarchate of Jerusalem is open to visitors Tuesday through Saturday, 10 a.m. to 4 p.m. for 25 shekels per person with discounts for students and groups. Tours are available in English, Hebrew, Russian, Arabic and, of course, Armenian.