In an impassioned speech before the Knesset, parliamentarian Naftali Bennett railed against the government for its failure to help thousands of Israelis suffering economic ruin from COVID-19 related shutdowns.

Bennett's rant - which was widely aired on Israeli news - underscores the turmoil that Prime Minister Benjamin Netanyahu has found himself in over the past few months as protests against his leadership continue to grow. Unemployment stands at around 22 percent with almost a million people out of work.

'People are dying, and what are you doing? Have you gone mad? Get a hold of yourselves," said Bennett, who is Orthodox and heads the right-wing Yamima party. "Understand that our people are dying and there is no one else to blame. Get to work. Otherwise we will not have a people or a state."

Before his speech, Bennett visited business owners in Jerusalem, .

Tourism has been shut down for months, causing a slow bleed for many who run souvenir shops. 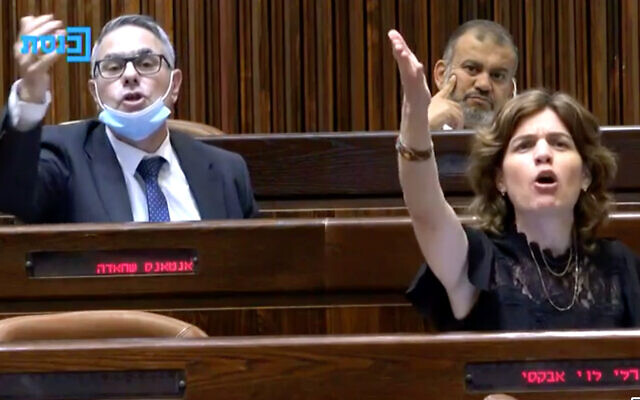 Bennett was not alone. Opposition lawmakers took turns in a fiery session  initiated to deal with “the shocking failure of Netanyahu and the government in dealing with the coronavirus crises.” The opposition gathering the needed 40 votes to summon the prime minister to the meeting.

Yair Lapid, head of Yesh Atid, told Netanyahu the ongoing protests were a message that his time as an effective leader is over.

“We paid for the chair you’re sitting on now. It’s not yours. It’s the Israeli citizens’. You’re not the landlord here. You’re a wage worker,” Lapid said, as reported in Times of Israel. “You know why the protesters are coming to Balfour [the Prime Minister’s Residence]? Because they’re the landlords. This isn’t your house, it’s their house. They came to tell you the lease is over.”

Meretz party head blasted Netanyahu, who is facing trial on corruption charges, for “abandoning the State of Israel to the coronavirus, corruption and persecution of the law enforcement system, and incitement, division and an effort to suppress legitimate protests.”

Netanyahu called the claims 'baseless" and said the protests against him are being funded by the leftwing to bring him down.