Few will ever forget what they were doing on Sept. 11, 2001, when they first heard the news that the United States was under attack by radical Islamist jihadists using jet planes on kamikaze missions.

I certainly never will.

On that beautiful, sunny, crystal-clear Tuesday morning, I was putting the finishing touches on my first novel, a political thriller called "The Last Jihad." The book opens with radical Islamic terrorists hijacking a jet plane and flying a kamikaze attack mission into an American city. The story then leads to an American president launching attacks against terrorist cells in the Middle East, and deciding to remove Saddam Hussein from power in Iraq.

What’s more, I was doing so in a townhouse barely 15 minutes away from Washington Dulles Airport, where at that very moment American Airlines Flight 77 was being seized and flown right over our home towards the Pentagon.

At the time, I had no idea anything unusual was underway. I had begun writing "Jihad" in January 2001. A literary agent in Manhattan had read the first three chapters that spring. He was convinced that he could get it published, and urged me to finish it as quickly as possible. I took the advice seriously, working feverishly to get the book done before my savings account ran dry.

As had become my morning ritual, I had breakfast that fateful day with my wife, Lynn, and our kids, threw on jeans and a t-shirt and settled down to work on the novel’s second to last chapter. I didn’t have radio or television on. I was simply typing away on my laptop when, about an hour later, Lynn burst into the house and said, “You will not believe what’s going on.”

She quickly explained that after dropping off two of our kids at school she had turned on the radio and heard that the World Trade Center had been hit by two planes.

We immediately turned the television on and saw the horror begin to unfold for ourselves. We saw the smoke pouring out of the North Tower. We saw the constant replays of United Airlines Flight 175 plowing into the South Tower and erupting into a massive ball of fire.

Then, before we could process it all, we saw the World Trade Center towers begin to collapse. 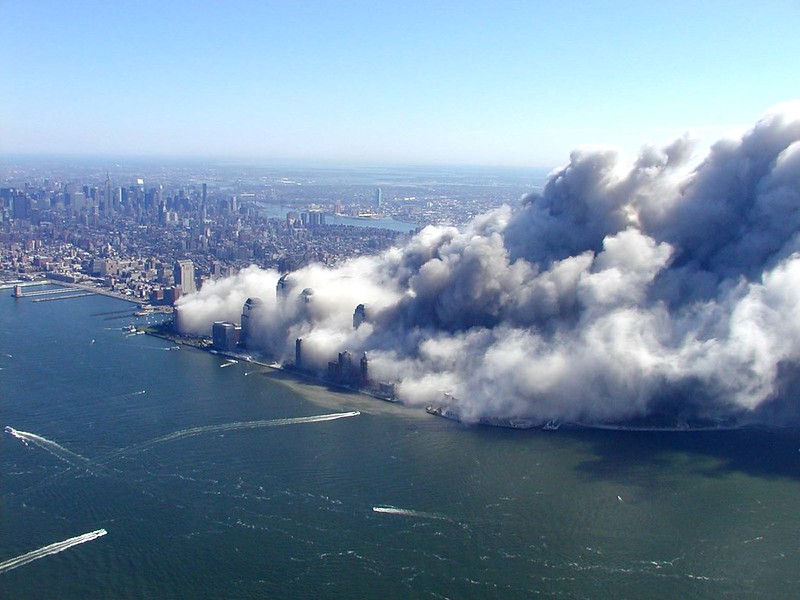 Wherever I speak around the world, people ask me what my first reaction was, but I don’t recall thinking that my novel was coming true. I simply remember the feeling of shock. I remember calling friends at the White House and on Capitol Hill, and my agent in New York, hoping for word that they were safe but unable to get through with so many phone lines jammed.

I remember Lynn and I getting our boys back from school and the friends who came over to spend the day with us. We tracked events on television, emailed other family and friends around the country and around the world with updates from Washington, and prayed for those directly affected by the crisis and for our president to have the wisdom to know what to do next.

It was not until some time in late November or early December when events began to settle down enough for my thoughts to turn back to "The Last Jihad." What was I supposed to do with it? No one wanted to read a novel that opened with a kamikaze attack against an American city. It was no longer entertainment. It was too raw, too real. So I stuck it in a drawer and tried to forget about it.

Yet, then something curious happened. Lynn and I were watching the State of the Union address in January of 2002 when President Bush delivered his now-famous “axis of evil” line, warning all Americans that the next war we might have to face could be with Saddam Hussein over terrorism and weapons of mass destruction.

Lynn and I just looked at each other as if we were living in an episode of The Twilight Zone. After all, it was one thing to write a novel that opened with a kamikaze attack against America by radical Islamist terrorists. It was another thing to write a novel in which such an event triggers a global war on terror and then leads the president of the United States and his senior advisors into a showdown with Saddam Hussein over terrorism and weapons of mass destruction. But that’s exactly what happens in the novel.

My agent called me the next day.

“Sure, sure,” he replied. “That’s what you’d have to say if you did work for the CIA and just couldn’t tell me.”

He believed that the dynamic had just changed dramatically and that publishers would now be very interested in "The Last Jihad." The country had largely recovered from the initial shock of the 9/11 attacks. We were now on offense against the Taliban in Afghanistan.

People were reading everything they could get their hands on regarding the threat of radical Islam. And there were no other novels in print or on the horizon that could take readers inside the Oval Office and White House Situation Room as an American president and his war council wrestled over the morality of launching a preemptive war against the regime of Saddam Hussein.

A publisher quickly agreed to take a risk on this unknown author and give the book a chance to find an audience. "The Last Jihad" was rushed through the publishing process and released on Nov. 23, 2002, just as the international debate over Iraq, terrorism and WMDs reached a fevered pitch.

The novel caught fire immediately. "Jihad" sold out in many stores in less than 24 hours and prompted nine re-printings before Christmas. In less than 60 days, I was interviewed on more than 160 radio and TV talk shows, including Rush Limbaugh, Sean Hannity, Fox and MSNBC.

The questions were as much about the novel itself as about the story behind the novel. How could I possibly have written a book that seemed to foreshadow coming events so closely? Was it a fluke? Did I get lucky? Or was there something else going on? More importantly, what did I think was coming next?

There were a number of significant differences between my fictional scenario and what really happened. But people kept asking me about the striking parallels to real life. During such interviews, I tried to focus people on the bigger picture, summing up the theme of the novel with this line: “To misunderstand the nature and threat of evil is to risk being blindsided by it.”

The truth is, America was blindsided on 9/11 by an evil few saw coming. What’s more, those attacks were just the beginning of a long war against the forces of radical Islamism. 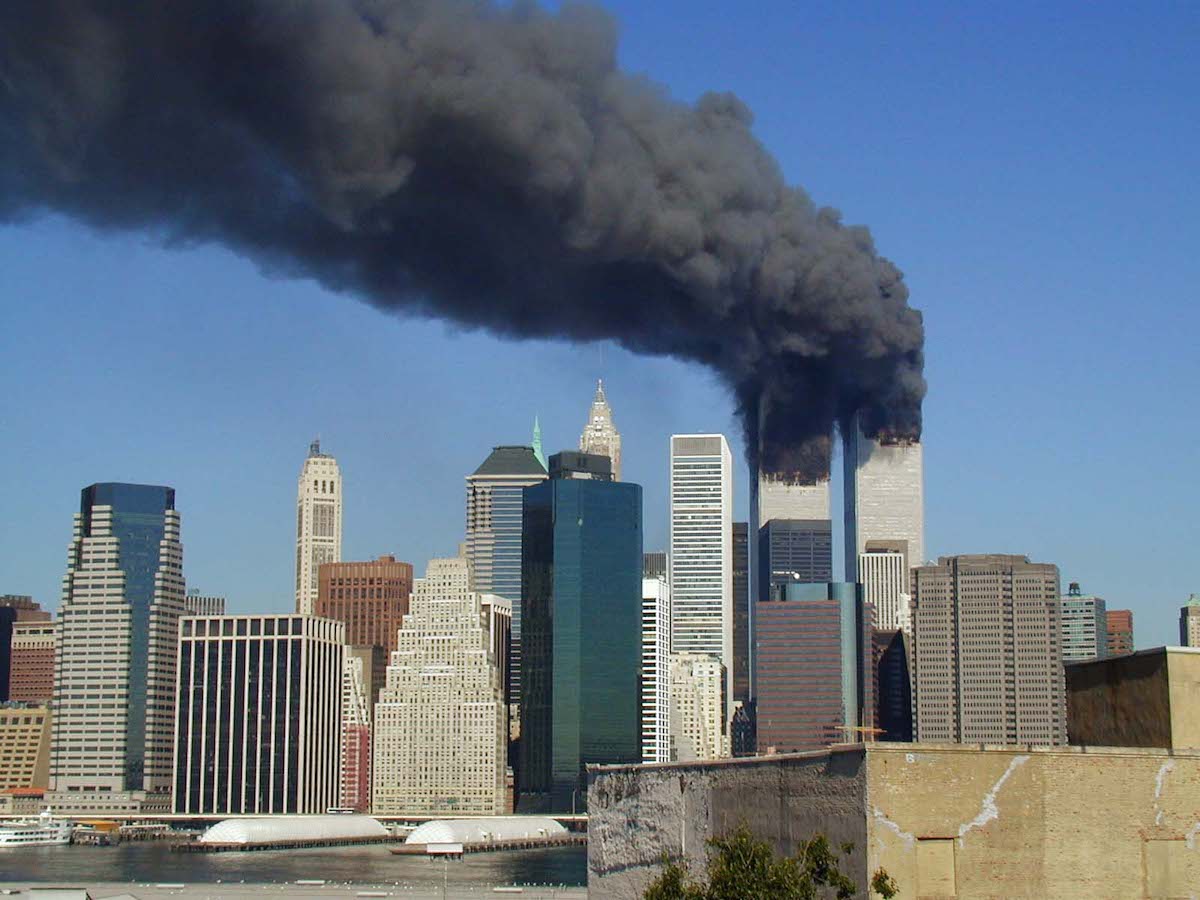 The most important question we must ask 20 years after 9/11 is this: have our leaders learned anything as a result of that terrible Tuesday?

Clearly, and inexcusably, President Joe Biden has not.

He just surrendered to the Taliban terrorists in Afghanistan, snatching defeat from the jaws of victory.

Biden is also trying to negotiate another insane nuclear deal with Iran, which just chose a president who is under U.S. sanctions for having murdered 30,000 of his own people.

What’s worse, Biden does not understand that the ultimate goal of the jihadists is not to terrorize us but to annihilate us.

Rather than appeasing America’s enemies, Biden should be listening to America’s allies. But he is not.

These are the men who have been courageously fighting radical Islamism on the frontlines every single day for years. And they see Iran’s Supreme Leader Ali Khamenei as the “new Hitler.”

Biden should be working to strengthen our alliance with Israel and our Sunni Arab partners to counter and neutralize the Iran threat. Instead, he is emboldening our enemies and unnerving our allies.

America was blindsided on 9/11 by a threat we never saw coming.

God forbid we are blindsided one day by a nuclear 9/11.