JERUSALEM – Tensions have been growing for weeks between Israeli Prime Minister Benjamin Netanyahu and U.S. President Joe Biden over how best to stop Iran’s accelerated efforts to enrich uranium and its increasingly aggressive actions in the Gulf region.

Now come reports that a massive explosion occurred at Iran’s Natanz nuclear site on Sunday that could potentially set back Iran’s ability to enrich uranium by nine months.

Iran is calling the explosion an “act of nuclear terrorism.”

Leaks to the New York Times and other foreign media outlets suggest that Israel – either through the Mossad or IDF special forces or both – was responsible for the explosion.

IDF Chief of Staff Aviv Kochavi also seemed to suggest in a speech on Sunday that Israel operations are currently in motion to significantly damage Iran’s offensive options.

“The Israel Defense Forces’ actions throughout the Middle East are not hidden from our enemies’ eyes,” Kochavi said at a Mount Herzl ceremony honoring fallen IDF soldiers. “They are watching us, seeing our capabilities and carefully considering their next steps.” 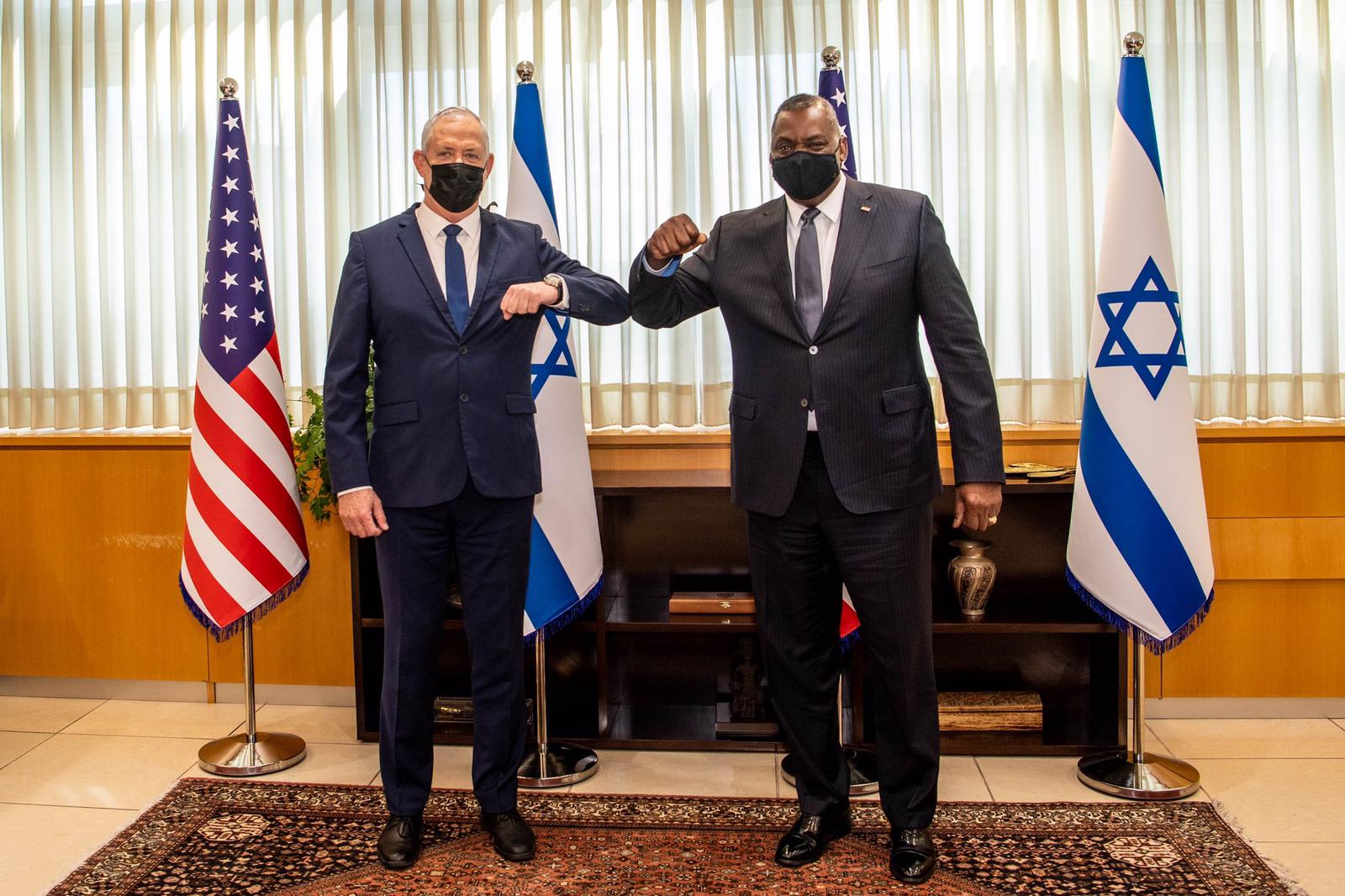 On the record, Lloyd tweeted, “I have arrived in Israel where I’m looking forward to a series of robust discussions with our Israeli friends on regional security issues. I’m grateful to call Israel a major strategic partner.”

Off the record, U.S. defense and intelligence officials say they were caught off guard by the explosion in Iran and were not responsible for it.

President Joe Biden is also signaling he is ready to remove economic sanctions from the Iranian regime, and has already removed a key Iranian terror proxy group – the Houthi rebels in Yemen – from the U.S. foreign terrorist organization list.

Israeli officials fear Biden is preparing to cave in to Iranian demands right at the point that the “maximum pressure” campaign against Iran is working so well.

A new report by the International Monetary Fund estimates that the U.S.-led sanctions have had a stunning impact – Iran’s foreign exchange reserves have dropped from $123 billion in 2018 to an estimated $4 billion today.

Senior Israeli officials tell ALL ISRAEL NEWS that the Iranian regime is increasingly desperate to have sanctions removed, which means the Biden administration should hold the line and make big demands of Tehran, not give up so much so soon.

What’s more, Israel believes that it is vital to keep taking direct, if deniable, actions to slow down and complicate Iran’s pathway to The Bomb.

U.S. Ambassador Dennis Ross, a former senior Mideast advisor to Republican and Democratic presidents, told ALL ISRAEL NEWS in January that he believed Iran’s nuclear program had recently crossed Netanyahu’s “red line” and could be inviting military action by the IDF.

Is that what we are now seeing?

“A power failure that appeared to have been caused by a deliberately planned explosion struck Iran’s Natanz uranium enrichment site on Sunday, in what Iranian officials called an act of sabotage that they suggested had been carried out by Israel,” the New York Times reported on its website on Sunday, the first media outlet to break the story.

“The blackout injected new uncertainty into diplomatic efforts that began last week to salvage the 2015 nuclear deal repudiated by the Trump administration,” Times correspondents Ronen Bergman, Rick Gladstone and Farnaz Fassihi noted. “Iran did not say precisely what had caused the blackout at the heavily fortified site, which has been a target of previous sabotage, and Israel publicly declined to confirm or deny any responsibility. But American and Israeli intelligence officials said there had been an Israeli role.”

“Two intelligence officials briefed on the damage said it had been caused by a large explosion that completely destroyed the independent – and heavily protected – internal power system that supplies the underground centrifuges that enrich uranium.”

“The officials, who spoke on the condition of anonymity to describe a classified Israeli operation, said that the explosion had dealt a severe blow to Iran’s ability to enrich uranium and that it could take at least nine months to restore Natanz’s production.”

Some media reports are suggesting the explosion was the result of a sophisticated cyberattack.

Other experts, however, are saying that explosives had to have been used.

The question of how explosives could have been smuggled into the Natanz facility is worthy of a spy novel.

The Jerusalem Post reported that former Mossad chief Danny Yatom expressed concerns that Israeli involvement was leaked because, “once Israeli officials are quoted, it forces the Iranians to take revenge.”

“If indeed this thing is the result of an operation involving Israel, this leak is very serious,” said Yatom. “It is detrimental to the Israeli interest and the fight against Iranian attempts to acquire nuclear weapons.”

“There are actions that must remain in the dark,” he said.

Last week, Netanyahu warned that a new U.S.-negotiated nuclear deal with Iran would not necessarily obligate Israel to refrain from taking self-defensive actions.

“Unlike in the past, today there is no one in the world that will deprive us of the right and the might to defend ourselves from an existential threat,” Netanyahu said. “The nuclear deal with Iran is once again on the table. Such deals with extreme regimes are worthless.”

“I say to our closest friends too: ‘A deal with Iran that threatens us with annihilation will not obligate us.’ Only one thing will obligate us: to prevent those who wish to destroy us from carrying out their plans.” 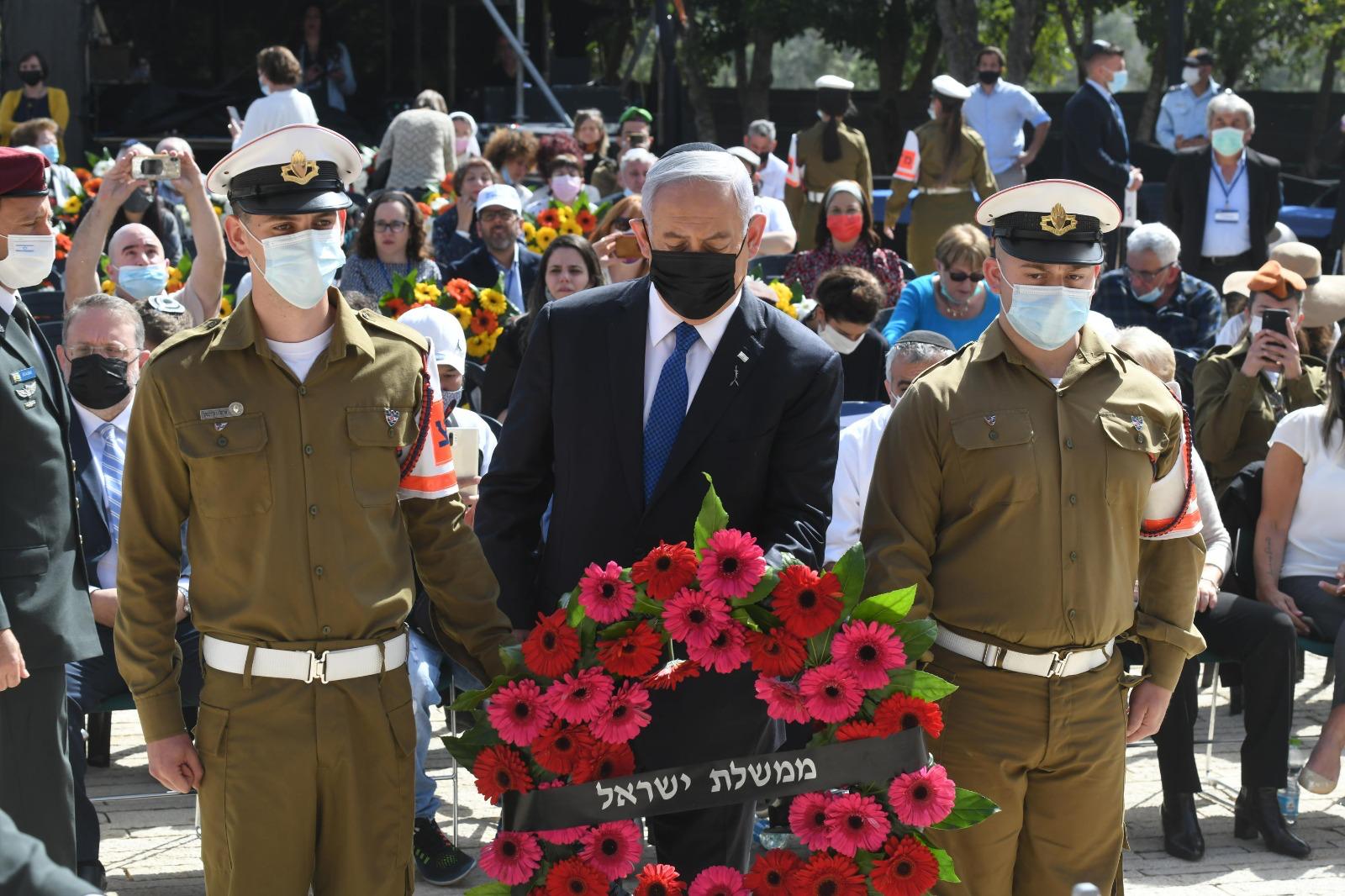