During a congressional visit to Israel on Wednesday, U.S. Speaker of the House of Representatives Nancy Pelosi emphasized the two nations’ “fight against terrorism posed by Iran, both in the region and also its nuclear development.”

“The nuclear threat by Iran is a global one. It is a threat to the world,” Pelosi said. “Israel’s proximity to Iran is a concern to all of us and a responsibility for all of us.”

In a welcoming ceremony at the parliament Wednesday morning, the speaker of the Israeli Knesset said the U.S. and Israel must stand together against this common enemy.

“Iran is a terror state whose actions are aimed at wreaking havoc and destruction in every corner of the world,” Speaker of the Knesset Mickey Levy said. “We remember the firm support of the United States for Israel’s security throughout history. We are all here in the Knesset of Israel with a uniform message that Iran must not be allowed to develop nuclear capabilities.”

Pelosi, a Democrat, is a staunch supporter of Israel and led a congressional effort last year to approve funding for Israel to replenish missiles for its Iron Dome defense system. The Iron Dome was responsible for shooting down thousands of rockets aimed at the Jewish state in May during an 11-day war between Gaza terror groups and Israel.

Levy welcomed Pelosi to the Israeli parliament on Wednesday – along with 100 children from Israeli communities bordering the Gaza Strip waving Israeli and American flags. 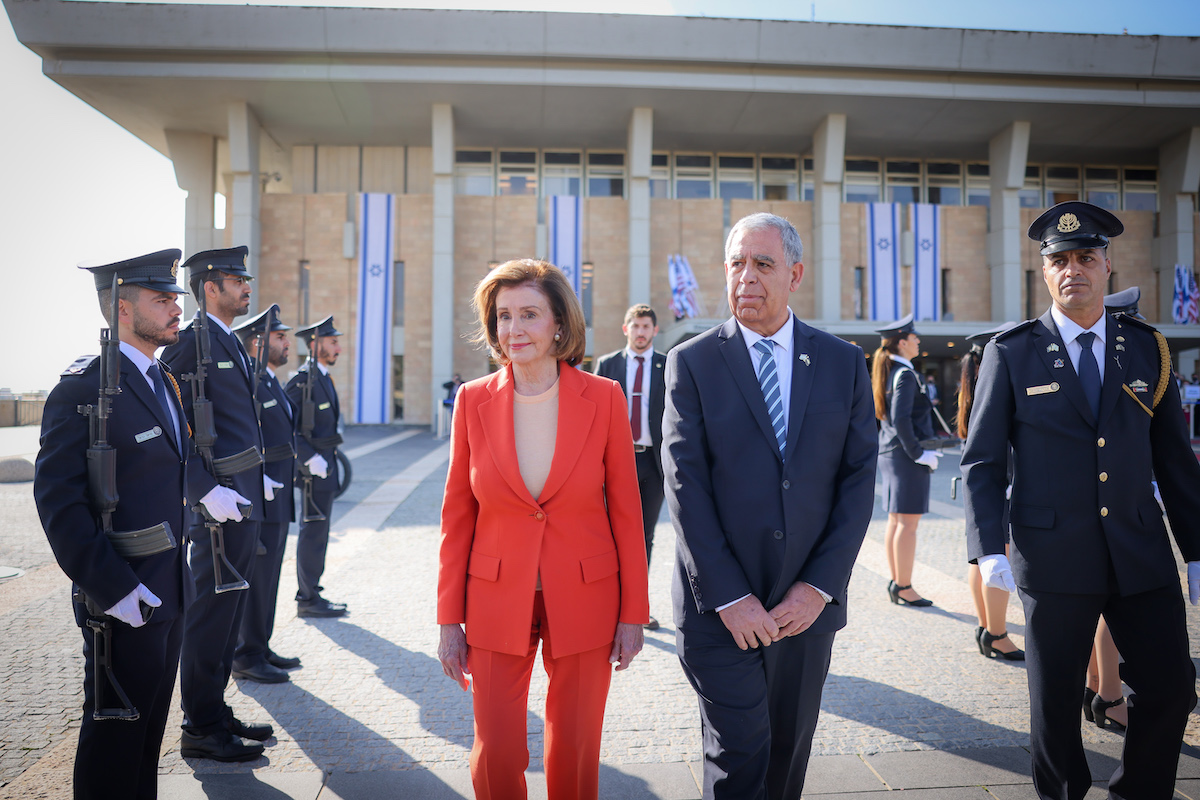 “With us are children from southern Israel who are here thanks to the Iron Dome Anti-Missile Defense System,” Levy noted. “You have chosen to support Israel’s right to defend its citizens, you have chosen to stand by the only democracy in the Middle East and you have chosen to assist Israel to save lives including the lives of every boy and girl who are with us in the plenum today.”

Levy said the American funding of Iron Dome is “one of the greatest displays of support by the American people and by the United States House of Representatives in the State of Israel.”

In the Knesset visitors’ book, Pelosi wrote: “The security bond between the United States and Israel is ironclad. Our friendship is eternal.”

“We discussed security challenges, especially Iranian aggression, and the need to maintain Israel’s regional security superiority – because only when Israel is strong, can peace and stability be expanded in the region,” Gantz said in a statement after the meeting.

But the defense minister also stressed the importance of expanding and deepening the Abraham Accords, the historic normalization treaties signed in 2020 between Israel and four Muslim nations – the United Arab Emirates, Bahrain, Sudan and Morocco.

Gantz – who hosted Palestinian President Mahmoud Abbas at his home in December – also told the delegation he is committed to working with the Palestinian Authority. The congressional Democrats will also travel to Ramallah to meet with Abbas.

Pelosi echoed the Biden administration’s stance on the Israeli-Palestinian conflict, saying that the U.S. government continues to support “a just and enduring two-state solution.”

Some of the conversation turned to domestic issues. Pelosi credited Israel with being a global leader in its response to the COVID pandemic and added that the climate crisis – which she called a security threat – should be met head on by both nations. 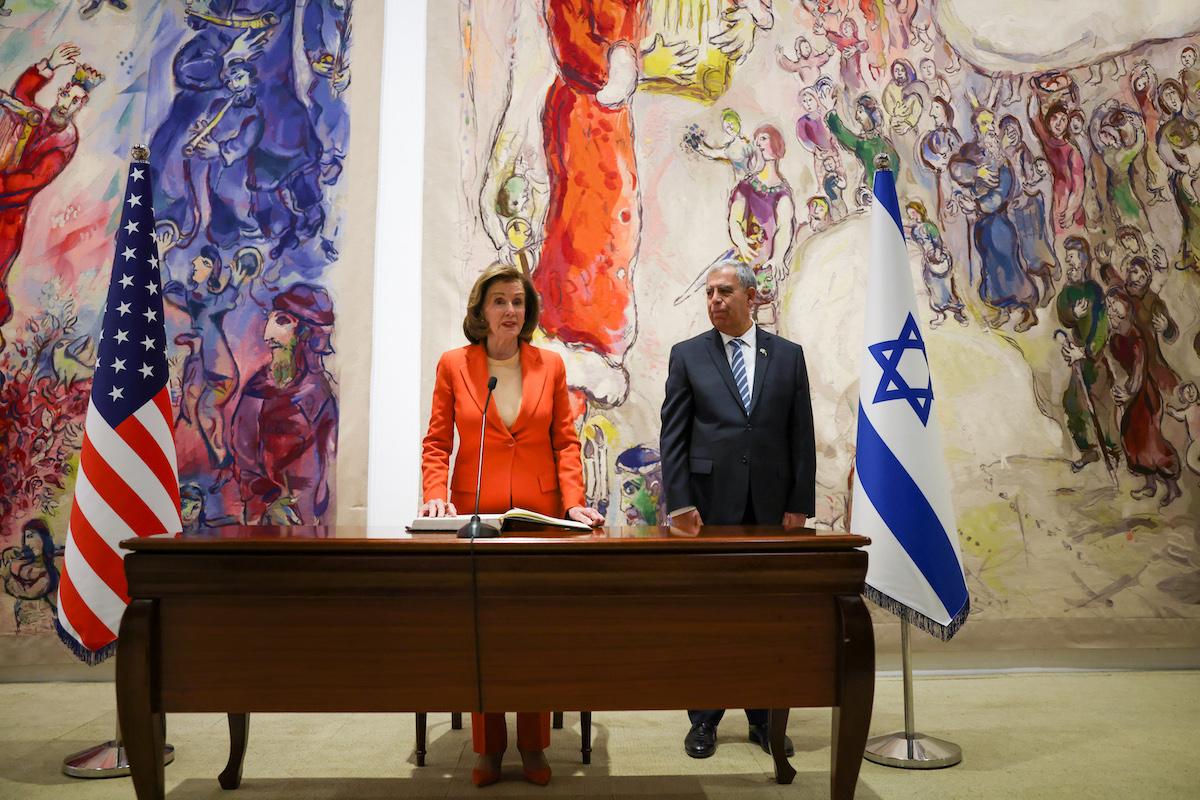 During the Knesset ceremony, Levy also addressed the infamous Jan. 6, 2021 storming of the U.S. Capitol.

“As the truth becomes one of many alternatives, we are left with brainwashed thugs trying to storm state institutions, confident to the depths of their souls that they are saving the nation,” Levy said. “It is a red light for all the liberal democracies in the world of the real danger of spreading fake news and conspiracy theories. Because if it happened in the United States, it can happen anywhere.”

The group also met with President Isaac Herzog and First Lady Michal Herzog and will meet with Prime Minister Naftali Bennett, Foreign Minister Yair Lapid and other senior Israeli leaders during the visit.