The sixth Christian Media Summit is taking place in Jerusalem on Sunday and Monday (Dec. 11-14), with an aim to educate Christian journalists about Israel in the context of the latest news from the Holy Land. Some 150 top-tier Christian news executives and opinion leaders from around the world, including founders and CEOs of world-renowned Christian media outlets, will gather for dialogue on key topics relevant to Israel and the Christian world.

Representatives from 28 different nations are expected to attend the summit this year, which will be the first in-person gathering in two years since the COVID-19 pandemic. Among the speakers are incoming Israeli Prime Minister Benjamin Netanyahu, Bishop Robert Stearns of Eagles’ Wings, deputy head of Mashav Aviv Ezra and social media influencer Hananya Naftali. In addition to seminars, Israel’s Government Press Office will take journalists on a tour of key sites in Israel.

The United Nations General Assembly is expected to vote this week on a resolution that could send Israel to the International Court of Justice in the Hague. The vote will determine whether the ICJ will be asked to issue an opinion on the “legal significance of the ongoing Israeli occupation” – referring to the presence of the Israeli Defense Forces in Judea and Samaria, eastern Jerusalem and the Golan Heights.

“This decision is the result of an orchestrated effort to discriminate against Israel, to call into question our legitimate security concerns and to deny the legitimacy of our very existence,” wrote Israel’s current Prime Minister Yair Lapid in a letter sent to 50 world leaders.

The resolution, which Nicaragua submitted at the request of the Palestinian Authority, calls to investigate Israel’s activities beyond the pre-1967 lines which, it claims, are “aimed at altering the demographic composition, character and status of the Holy City of Jerusalem.”

A high-level delegation from Jerusalem is set to travel to Warsaw this week to meet with senior Ukrainian officials to discuss Israel’s role in the reconstruction of Ukraine. Israeli state broadcaster Kan 11 reported last week that the meeting will include Ukraine’s Defense Minister Oleksii Reznikov. The talks are expected to focus on the knowledge, technology, experience and assistance that Israel can deliver to the war-torn country.

While Israel has faced criticism for not providing Ukraine’s military with ammunition, the Jewish state reportedly has contributed “strategic materials” worth millions of dollars to Ukraine. Israel will transfer 20 generators to Kyiv following Russia’s bombardment of Ukraine’s energy infrastructure, in addition to the body armor and helmets for first responders, the humanitarian supplies and the field hospital that it already supplied.

Netanyahu had asked Herzog to extend his mandate to form a ruling coalition by another 14 days. While Netanyahu is still working to piece together his next government, his supporting coalition has agreed to appoint a new, temporary speaker to the Knesset – the Israeli parliament. This move should help him advance legislation in line with his right-wing bloc’s agendas.

Knesset Speaker Mickey Levy, of Yair Lapid’s Yesh Atid party, has announced that the vote to replace him will take place on Monday, when the Knesset’s plenary session convenes. Once in place, the new speaker is expected to promote a vote that will pave the way for ultra-Orthodox Shas leader Aryeh Deri to become a government minister and Israel’s deputy prime minister, despite previous tax fraud convictions. This is the only remaining appointment that is stalling Netanyahu’s government. Here is how things are shaping up.

One more week to go! The 2022 FIFA World Cup champion will be determined by the end of the week, with the final match set to take place next Sunday, Dec. 18. The first semifinal will be played on Tuesday, Dec. 13, and the second, on Wednesday.

Morocco keeps serving the biggest surprises in the history of the tournament, initially becoming the first-ever Arab nation to qualify for the quarterfinals, and then making it to the semifinals, after a shocking 1-0 win over Portugal. Tuesday’s game puts Croatia up against Argentina, while Morocco will play against France on Wednesday.

A special edition of Benjamin Netanyahu’s autobiography “Bibi: My Story” is being released this week. The Shibolet Library, published by Sella Meir and its partner Tikvah Fund Israel, is launching a limited and numbered series of only 1,000 copies, each stamped with a unique serial number. The book will arrive in a souvenir case.

“Just as the legacy and writings of Herzl and Ben Gurion are discussed today, the generations and centuries to come will study the legacy and writings of Benjamin Netanyahu. By publishing the 1,000 editions, we are creating a souvenir that respects its significance and its place on the bookshelf, and which will be preserved and read for generations to come," said publisher Rotem Sella. 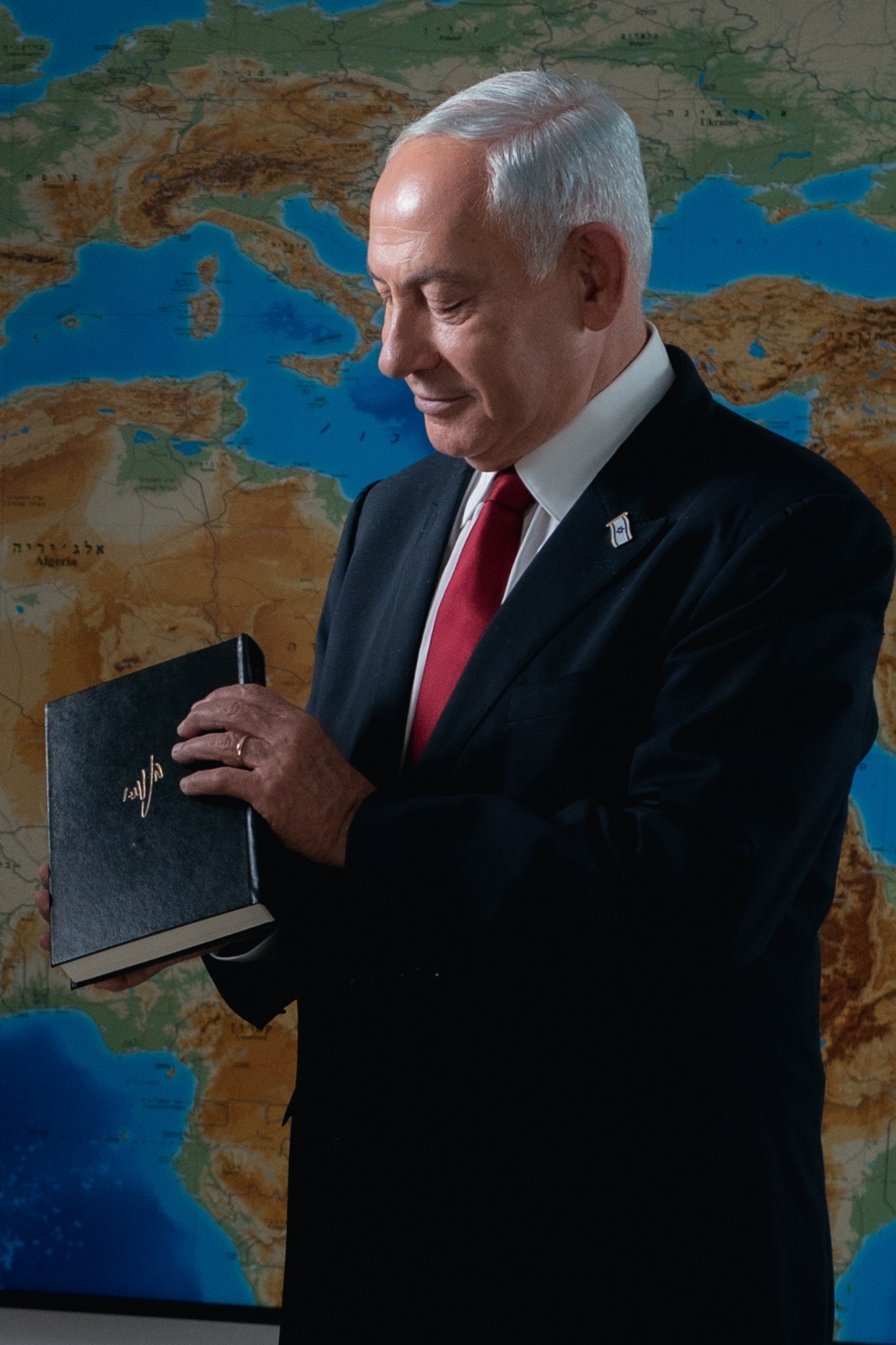 The University of Haifa will confer honorary doctorates on former U.S. President Bill Clinton and New York University President Emeritus John Sexton on Dec. 12 at New York University. Haifa University is honoring Clinton for his commitment to the State of Israel over the years, from his promotion of coexistence in the Middle East to his close friendship with the late Israeli Prime Minister Yitzhak Rabin, and for the Clinton Global Initiative's worldwide activity in social and economic sustainability. Sexton will receive highest honors for his pioneering vision for higher education and for transforming NYU into the world’s first global network university.

Israeli soldiers actively serving in the Israeli Defense Forces will be able to take free rides on public transportation – with or without wearing their uniform – starting Thursday. The new guideline is valid for buses and trains across Israel. One wonders why this didn’t happen a long time ago.

This week, we are also keeping an eye on these developing stories: