The historically fraught relationship between Christians and Jews has undergone dramatic change in the past century. The low point for our two religions was undoubtedly reached in 1945 when the chimneys of Auschwitz were exposed and the world learned of the horrendous crimes carried out by Germany in the heartland of Christian Europe.

The 6 million Jews murdered in the Holocaust were the nadir of almost 2,000 years of animosity between Christians and Jews. The anti-Semitic atrocities committed by many church fathers, the Crusades, the Inquisition, the countless pogroms across Europe, all paved the way for the greatest crime in human history – the Nazi genocide against the Jews, which was perpetrated by my home country.

Fast-forwarding 70 years, I well remember the late President of Israel, Shimon Peres, addressing a New Year’s reception for local Christian leaders in Jerusalem by stating: “Jewish-Christian relations have reached an historic high. They have never been better than today.”

And former Israeli Ambassador to the U.S., Ron Dermer, just recently upset many in the Jewish world by suggesting that Evangelical support for Israel today is more important than that of the Jewish community abroad. Whether this is true or not, we do need to consider the mystery of why so many Christians suddenly care so deeply about Israel and the Jewish people after so many centuries of anti-Semitism.

First of all, it is important to understand that Evangelical zeal for Israel did not just start with the Trump administration in Washington – as some media would have you believe. The founding of the International Christian Embassy Jerusalem occurred in 1980 as an expression of the global groundswell of Christian Zionism rising already in those days. Even before that, Israel’s founding leader David Ben-Gurion engaged with friendly Evangelical leaders like Oral Roberts, Billy Graham and W. A. Criswell. Yet it dates back even further than Israel’s national rebirth in 1948, and can be traced to an unlikely figure – Martin Luther.

Yes, that’s right! The reformer Martin Luther, known for his notorious book “On the Jews and Their Lies,” later cited by Adolf Hitler and the Nazis to defend their crimes against the Jews. This same Martin Luther, despite the anti-Semitism of his later years, single-handedly set in motion the forces that birthed the modern-day Evangelical, pro-Israel movement.

First, he “democratized” Christian like no one before him by emphasizing the priesthood of the believer – that every person is responsible for his or her own faith walk. Second, his greatest accomplishment was his translation of the entire Bible into a common German language. Others had translated the Bible before, but his efforts were the first to succeed as they came in parallel with the advent of the information super-highway of the 16th century, the invention of the printing press by Johannes Gutenberg. His newly translated Bible became the very first bestseller in Europe, making it into every German home that could afford it, defying all efforts to ban the book by the Catholic Church.

You see, for centuries most Christians in Europe could not read, and those who could were not encouraged to read the Scriptures, which were in Latin. Only the learned could understand it and they said only priests and theologians should expound on it. Martin Luther’s German Bible would change that forever. Soon, new Bible translations emerged across Europe, giving everyone broader access to God’s word in English, French or German. It not only reformed the Christian faith, as many doctrines held by the traditional churches were quickly exposed as unbiblical, but also it revolutionized how those new “Bible-reading Christians” saw Israel and the Jews.

Already in the late 16th century, Puritan theologians in Great Britain found that the Bible was not against the Jews – as the Church had always taught. They also discovered that almost all the Hebrew prophets foresaw a future restoration for the Jews in their ancestral homeland – a theme that was echoed by Jesus himself (Matthew 19:28; Luke 21:24) and by Paul, the most influential of the early apostles (Romans 11).

John Wesley, possibly the greatest Christian revivalist of recent centuries, stated in his commentaries: “If there is one thing promised in the Bible, it is the restoration of the Jews!” And the so-called prince of preachers, Charles Spurgeon, repeatedly predicted in his Sunday sermons that one day “the Jews would return back to their land, and they will have a king and rebuild the ancient cities.” Similar teachings existed among the German pietists, whose traces can still be seen in Jerusalem’s German Colony. The famous Balfour Declaration of 1917 was made because Lord Balfour believed in the biblical promise of a restored people of Israel, as did Orde Wingate, who trained the early Jewish underground forces that later became the IDF.

It is upon these believers and church movements that modern Christian Zionism was built. While these streams of Christianity always existed, they historically represented only a minority of Christians. But this has changed dramatically over recent decades. Prof. Philip Jenkins was one of the first to document the historic growth of Evangelical Christianity in our times. From several tens of millions of adherents in the 1970s, their numbers have grown in recent decades to around 700 million worldwide. And the face of Evangelicalism is ever changing. While in the past the average Evangelical Christian lived in London, Dallas or Geneva, today they can be found in large numbers in Beijing, Manila, Lagos or Sao Paulo. Yet they all have one thing in common: The Bible is their source of inspiration and guidance, and with it usually comes a love and concern for the People of the Book – the Jews.

I will never forget meeting several years ago a group of church leaders from the growing Evangelical community in China. In the city of Wenzhou, I was enthusiastically welcomed as the first person to teach them coming from Jerusalem. I gave a message on the ABCs of Christian support for Israel. Yet I marveled to see that what I shared was nothing new to them. “Who taught you?” I asked them. I will never forget the puzzled face of the main Chinese leader: “Why do you ask? It’s all in the Bible,” he replied.

The good news for Israel, therefore, is that there indeed is a rapidly growing Evangelical movement around the world which stands firmly at Israel’s side. We see them every year at our Feast of Tabernacles celebration in Jerusalem, as thousands of Christian pilgrims join us from China, the Philippines, Brazil, Bolivia, Nigeria and Ivory Coast – among so many other nations.

Now what is most noteworthy, their support is not tied to any political party or agenda in Israel but in their belief in God’s faithfulness to His people no matter who is prime minister in Israel. When this was called into question this week, I personally reached out to a number of prominent Evangelical leaders and they all confirmed their unconditional support for Israel.

This included spiritual giants like Nigerian pastor Enoch Adeboye, who oversees the fastest growing church movement in Africa with tens of millions of active members. “Our support for Israel is based on the bedrock of God’s word and not on daily changes in politics,” he told me.

This also includes Apostle Rene Terra Nova from Brazil, who oversees a church network of more than 3 million Evangelical faithful across Latin America. He has committed his movement not only to always pray for Israel’s elected government, but they cannot wait to visit Israel after coronavirus recedes, no matter who is sitting in the prime minister’s seat.

The same is true for the huge Word of Life movement, which has thousands of churches across the former Soviet republics.

Troy A. Miller, currently CEO of the National Religious Broadcasters association in America, has confirmed the same thing on behalf of his group’s millions of listeners, viewers and readers. This week he wrote us: “Throughout NRB’s 77-year history its membership and Board of Directors have always supported Israel. NRB recognizes that Israel’s history, including the creation and continued existence of the modern state of Israel, reveals the providential hand of God and His commitment to fulfilling His promises in His Holy Word, the Bible.”

It does need to be said, however, that the steadfast Christian support for Israel in Western countries is being challenged among the younger generation as many can now be found in social justice movements and other liberal causes. But the fact that Israeli lawmakers are inviting for the first time an Arab party to join a governing coalition can potentially win over even some of these younger critics.

In conclusion, I can attest that Evangelical support for Israel is not going to disappear. On the contrary, from our unique vantage point here in Jerusalem we see the movement growing faster than ever all around the world. This unique bridge of engagement between Jews and Bible-believing Christians has a great future. And one final point: These Evangelicals have no intention of meddling in Israeli politics.

This is the Christian Embassy’s proven track record for the past four decades and it will not change. 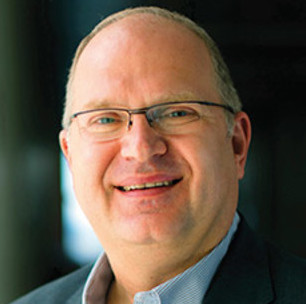 Dr. Jürgen Bühler is the president of the International Christian Embassy Jerusalem (ICEJ) and also serves as a founding member of the ALL ISRAEL NEWS Advisory Board.