Israel’s military saluted one of its own soldiers with a special shout out for World Down Syndrome Day, the official global awareness day observed every March 21.

Tal, who has Down syndrome, serves in the Israel Defense Forces (IDF) Central Command unit.

“To all people with disabilities – don't be afraid to volunteer for the army and go through a meaningful experience,” the Facebook post began.

“Meet Tal, a soldier who proudly serves Israel in the IDF Central Command. Tal has Down syndrome, but this didn't stop him from enlisting to serve his country. Outside the army, Tal tours the world as a drummer in his band, Shalva, and has performed with many famous artists in Israel. He is also a waiter at Cafe Shalva in Jerusalem, a restaurant that provides employment opportunities for people with disabilities.

"On #WorldDownSyndromeDay, we salute you, Tal!”

World Down Syndrome Day, recognized by the United Nations in 2012, is observed on the 21st day of the third month (3/21), corresponding to the genetic sequencing that causes Down syndrome: the triplication (trisomy) of the 21st chromosome. Most humans have 46 chromosomes, but people with Down syndrome – otherwise known as Trysomy 21 – have 47.

Israel’s Ministry of Health estimates the frequency of Down syndrome is one out of 1,000 live births per year. With approximately 150,000 live births annually in Israel, this translates to roughly 150 newborns with the syndrome. There are several programs in Israel established specifically to meet the social and dignity needs of those with disabilities and their families.

Located in Jerusalem, Shalva, Israel’s Association for the Care and Inclusion of Persons with Disabilities, provides a range of services for thousands of Israelis with disabilities from infancy through adulthood and their families. It operates a center in Jerusalem for children with special needs and was able to operate most of its programs over the last two years, despite the lockdowns and closures caused by the coronavirus pandemic.

Shalva is working with the United Arab Emirates on best practices for people with disabilities – or as they are referred to in the UAE – people of determination. This unique partnership was one of the amazing outcomes of the Abraham Accords.

Tal performs in Israel’s nationally-celebrated Shalva Band, comprised of eight talented musicians with disabilities. The band members are employed  and perform at cultural venues and dignitary events, often with celebrity artists, inspiring crowds domestically and internationally throughout the year. 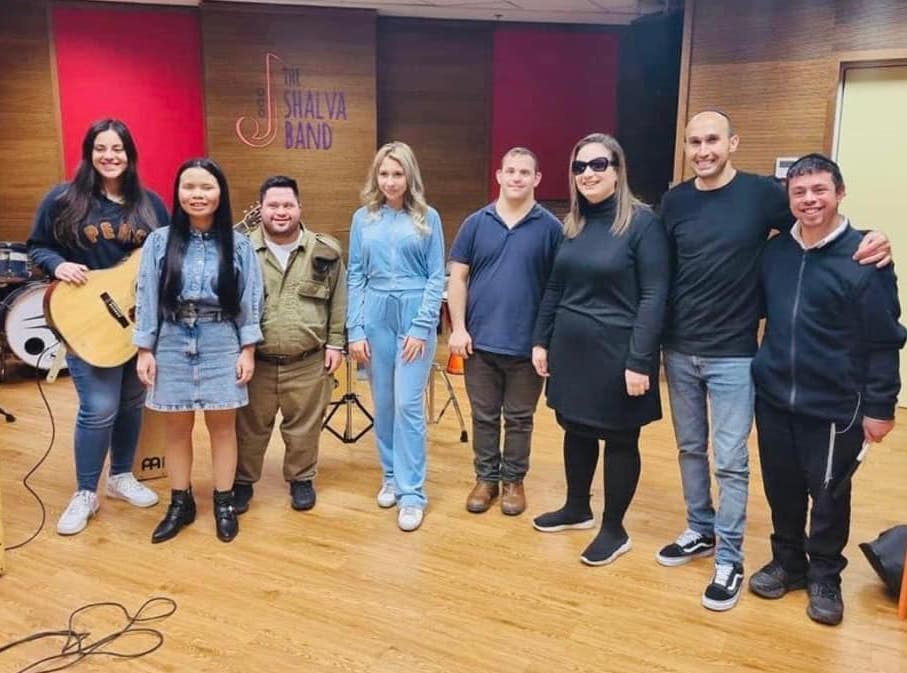 Shalva also runs a restaurant, Cafe Shalva, a boutique cafe with an inclusive staff who work as managers, waiters and hosts. It’s interior design is artistically crafted to inspire newfound understandings of inclusion and acceptance.

Shutaf Inclusion Programs in Jerusalem offers year-round activities for children, teens and young adults with and without disabilities. The program uses a reverse-inclusion model, where 75% of the participants are with diverse developmental, physical, and learning disabilities, while the other 25% of participants without disabilities work alongside them, providing a uniquely accepting environment regardless of ability, labels, financial limitations, or cultural and religious differences.