Tears welled up in Pastor Jake Taylor’s eyes as he stood at the Western Wall this week, his hand rubbing its smooth stone. He said he could feel God’s presence.

“I am a logical person,” he told ALL ISRAEL NEWS on Monday night after a long day of touring the Holy City, including a visit to the ancient City of David and a meeting with Deputy Mayor of Jerusalem Fleur Hassan-Nahoum. But he said the highlight was standing at the Western Wall.

“I wrote my prayers down about wanting my kids to be marked by God and then I walked up to the Wall,” Taylor described. “Something happened when I put my note into the Wall and began to pray. I was glad I was wearing sunglasses because I just started weeping. I don’t understand this, but I could feel the presence of God.”

Taylor is one of around 30 young adult pastors, mostly from the U.S., who was in Israel for 10 days this month exploring the Jewish state on a mission organized by Bishop Robert Stearns and his Eagles Wings Ministries. Stearns is a globally recognized Bible teacher, musician and thought leader.

But he is also known for taking thousands of young Christian leaders to Israel over the years to learn about their roots and the modern State of Israel so that they can defend Israel and the Jewish people in the face of growing anti-Zionism and anti-Semitism.

“It is clear to me that the most direct and successful way to make friends with the State of Israel is to bring young Evangelical leaders here,” Stearns said. “If they are not given the opportunity when they are young, they usually won’t come until their 60s or 70s and then we miss 30 years of their preaching in their pulpit and the opportunity for them to bring their own groups from their churches.

“The land of Israel is the best PR,” Stearns added. “Letting people walk here, meet people and see the facts on the ground – this is the most powerful tool for building support for Israel.”

Stearns said that he brings people to the country out of a “debt of gratitude” to the Jewish people, who brought ethical monotheism to the world, “making it a better place.” He also said he feels the need to repent for the “unspeakable horrors that have been done to the Jewish people under the banner of the cross.”

But equally important today, the world faces existential threats from radicalized Islam and militant secularism, and “we have to stand together. I believe that to fight for Israel is to fight for the future of planet Earth,” he said.

The challenges Israel faces are the challenges the world faces, Stearns said, such as how to balance religious pluralism and the rights of minorities and still hold deep traditional values.

“France is committing cultural suicide,” Stearns said. “The birthrate in France is not sustainable alongside the immigration of the Muslim community. You are going to have in the very near future an Islamic France. So how do you maintain the character of the state and at the same time ensure freedom of religion and press?”

“This is the fight for democracy happening in our world now.”

Stearns expressed concern about the letter sent last week by 57 progressive Democrats in the U.S. House of Representatives to Secretary of State Antony Blinken and FBI Director Chris Christopher Wray, calling on their organizations to launch an investigation into the shooting of Al Jazeera journalist Shireen Abu Akleh earlier this month.

Akleh was shot in the head by gunfire during violent clashes between Israeli troops and Palestinian terrorists in Jenin earlier this month. Israel has said that if an Israeli soldier fired the shot that killed Akleh, it did not appear that the soldier was guilty of criminal misconduct.

“I think those congresspeople are very misinformed,” Stearns told ALL ISRAEL NEWS. “Any nation is always going to have isolated, extremist acts of limited fringe members of society. But there is no question that within Israel, the Christian community is protected and valued, and our holy places are valued.

“For congresspeople to be so easily duped is scary,” Stearns continued. “I also condemn in the strongest terms the legislation calling for the recognition of Nakba Day. It is a tragedy that this has been allowed within Congress.”

“The assassination of Shireen Abu Akleh last week made all too clear, the violence and war crimes are an ongoing and ever-present assault on the existence and humanity of the Palestinian people,” Tlaib said in a statement presenting the legislation. “The Israeli apartheid government’s ongoing ethnic cleansing seeks to degrade Palestinian humanity and break the will of the people to be free.” 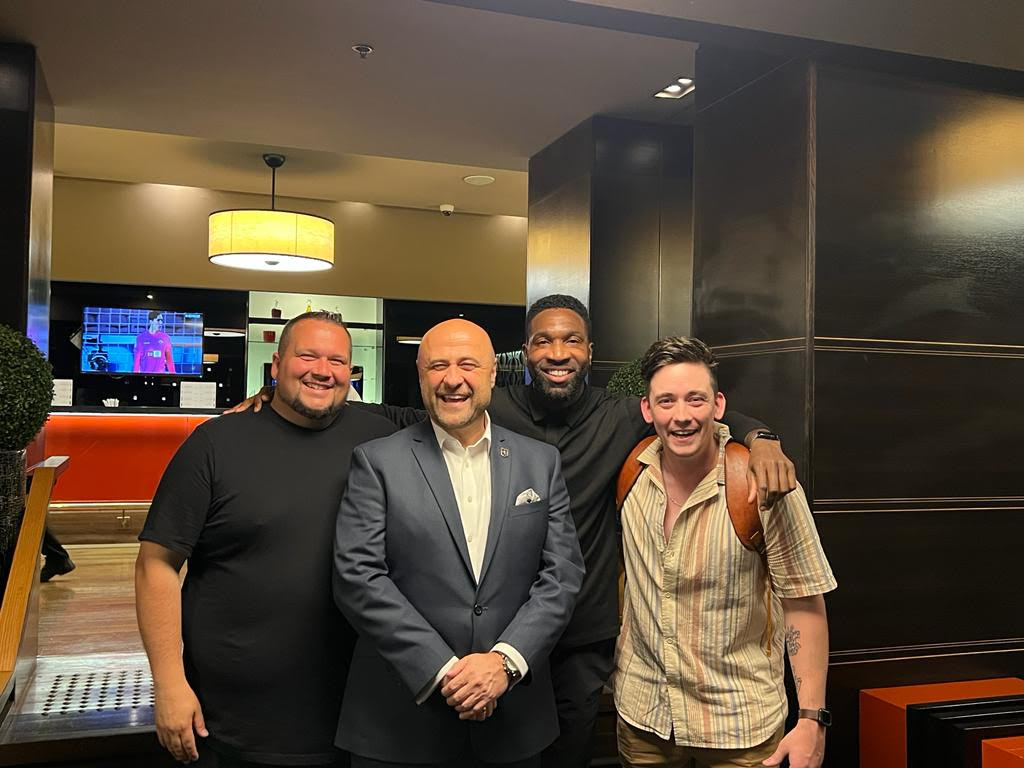 Stearns said he is concerned about support by the younger generation of Evangelicals, who face these kinds of messages on their college campuses and in the media. For example, a study published by Tel Aviv University in June last year showed that the rate of support for Israel among Evangelicals between the ages of 18 and 29 had declined by more than half between 2018 and 2021 – from 69% to 33.6%.

“I think education and mobilization of the next generation of Evangelicals is critical,” Stearns said.

He explained that Eagles Wings Ministries fully funds these missions for young pastors. In exchange, they ask the travelers to post about their trip every day on social media, which “they joyfully do. This way, it is not just 30 people here, but 30,000 who are coming along for the trip. You are carrying your whole community with you day-by-day.”

Seeing the Bible in action.

Taylor said that the trip has awakened him as Stearns described.

“We are people who preach the Bible for a living. We believe in the Bible, trust in the Bible and it seems irresponsible not to go to the place where it was written,” he explained. “Today, we stood where King David stood. To see it in action, to look at the Kidron Valley that we have talked about for years – now there is context.”

But he said that his favorite part of the mission was celebrating Shabbat dinner at an Orthodox Jewish home, where he witnessed the parents bless their children.

“I pray and bless my children, but am I being super intentional?” he asked himself. “Just seeing the Jewish culture and how people are committed to their faith, and generous and hospitable – it has been quite eye-opening for me.”

Another trip participant, Pastor Lawrence Adjah from Dallas, said he expected to experience God in Israel, but going to the Western Wall was more moving than he anticipated.

“Something happens when people from all over the world are acknowledging God together,” Adjah said. “For me, the Western Wall was a revelation picture.”

Taylor said that he now realizes that people are “ignorant” to what is really happening in Israel and that he plans to educate his church.

“I get to be someone who goes back as an ambassador to counter mainstream media,” Taylor said, something which he believes he can do even through one-on-one conversations.

Adjah said that his ministry operates in 35 cities around the world and he plans to bring groups to Israel from each of those hubs, to take them to Shabbat dinner and give them the same experience that he has had.