JERUSALEM—Former U.S. Ambassador to Israel David Friedman, an Orthodox Jew, presided over the gala opening of his new center which will focus on strengthening ties between Israel and the Arab world and opening the gates of Jerusalem to “meaningful numbers” of Muslim tourists.

Friedman was a key member of the Trump administration’s inner circle that worked on establishing the historic Abraham Accords signed between Israel, the United Arab Emirates, Bahrain and the United States in September 2020. His non-profit organization, The Friedman Center for Peace through Strength, will operate in the newly opened Museum of Tolerance Jerusalem.

“The Friedman Center will open its doors to heads of state, lawmakers, government leaders, business leaders and young people from around the world and in particular with an emphasis on the Arab world,” the former ambassador said on Monday night. “We will help to present Jerusalem to the Muslim world and help to encourage ... tourism to the Al Aqsa Mosque, the third holiest site in Islam.” 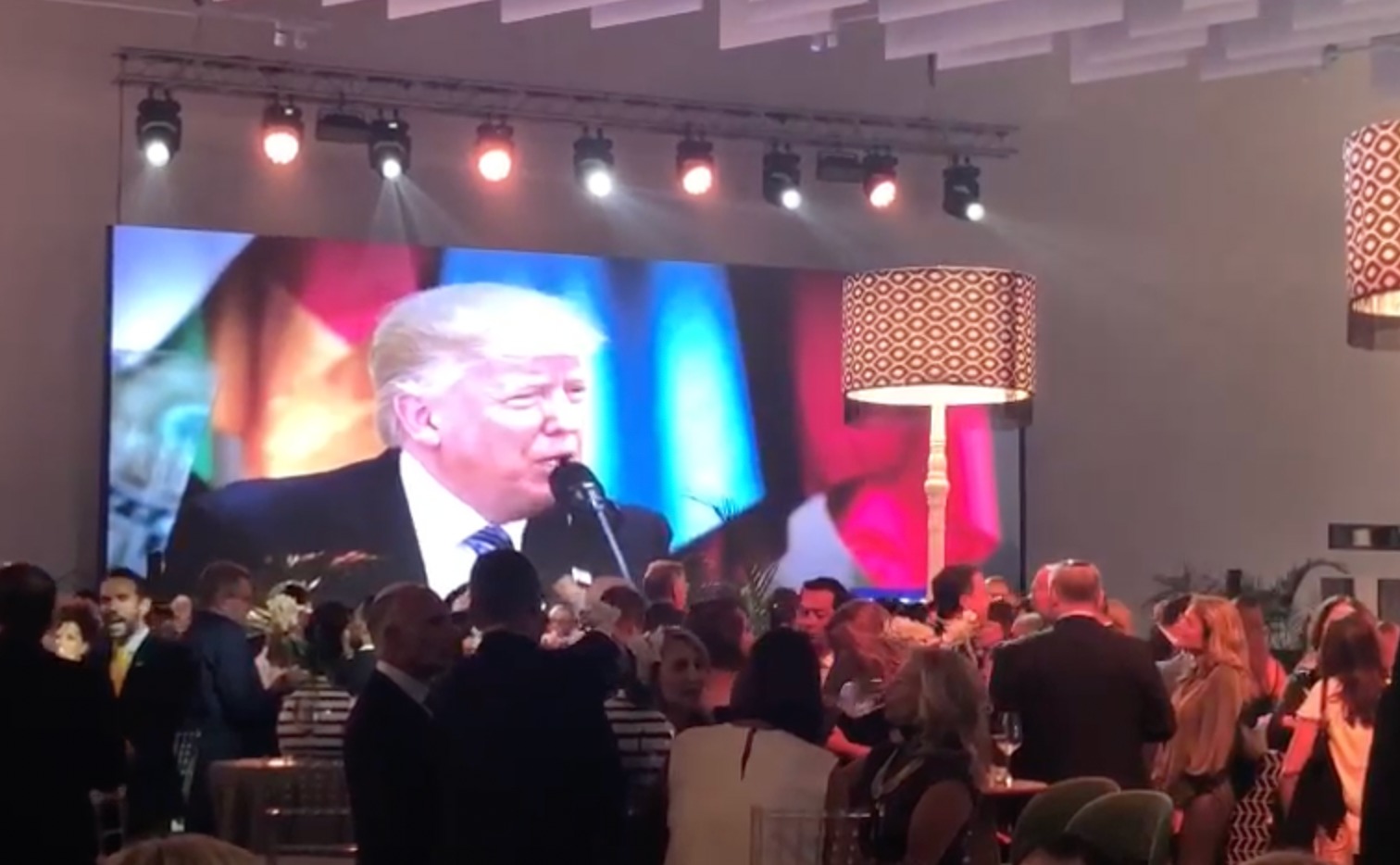 Gala opening of The Friedman Center for Peace through Strength, Oct. 11, 2021. (Photo: ALL ISRAEL NEWS)

This will “change the calculus and the perception of Israel” and hopefully encourage more countries to join the Abraham Accords, he added.

Despite a vast world population of 2 billion Muslims, very few have ever visited Israel. With a lack of diplomatic ties between Israel and many of these nations, visas are difficult to obtain and Israel has generally been viewed as an enemy state.

Now Emiratis and Bahrainis will be able travel visa-free to Israel and many have already done so through organized tours in the past few months.

“Through the Abraham Accords, hopefully to be joined in the future by many more partners, we will work to bring Muslims to Jerusalem, to see for themselves, to see the extraordinary care – certainly not perfect, but extraordinary nonetheless – that Israel takes to safeguard the holy sites including Al Aqsa and other sites holy to Islam.”

Friedman honored former U.S. Secretary of State Mike Pompeo, who is a Christian, with the inaugural “Peace through Strength” award.

“No secretary of state has more resolutely stood with Israel or further advanced the U.S.-Israel relationship than Mike Pompeo,” Friedman said.

These peace accords were established, Pompeo said, because Trump based his decisions on certain unpopular truths including calling Jerusalem the capital of Israel, recognizing Israeli sovereignty over the Golan Heights and refusing to use the words “occupied territories” regarding Palestinian territory.

“Peace is difficult to maintain if one is unwilling to acknowledge the truth,” Pompeo said.

The outcome of the Abraham Accords brought clarity and was able to “isolate the bad guys” in the region, Pompeo added saying that he hopes it leads to other countries coming into the fold “like the people who only want freedom in Iran, but have a tyrannical regime ruling over them.”

“One day they will have the opportunity to become a peace-loving nation as well,” he said. 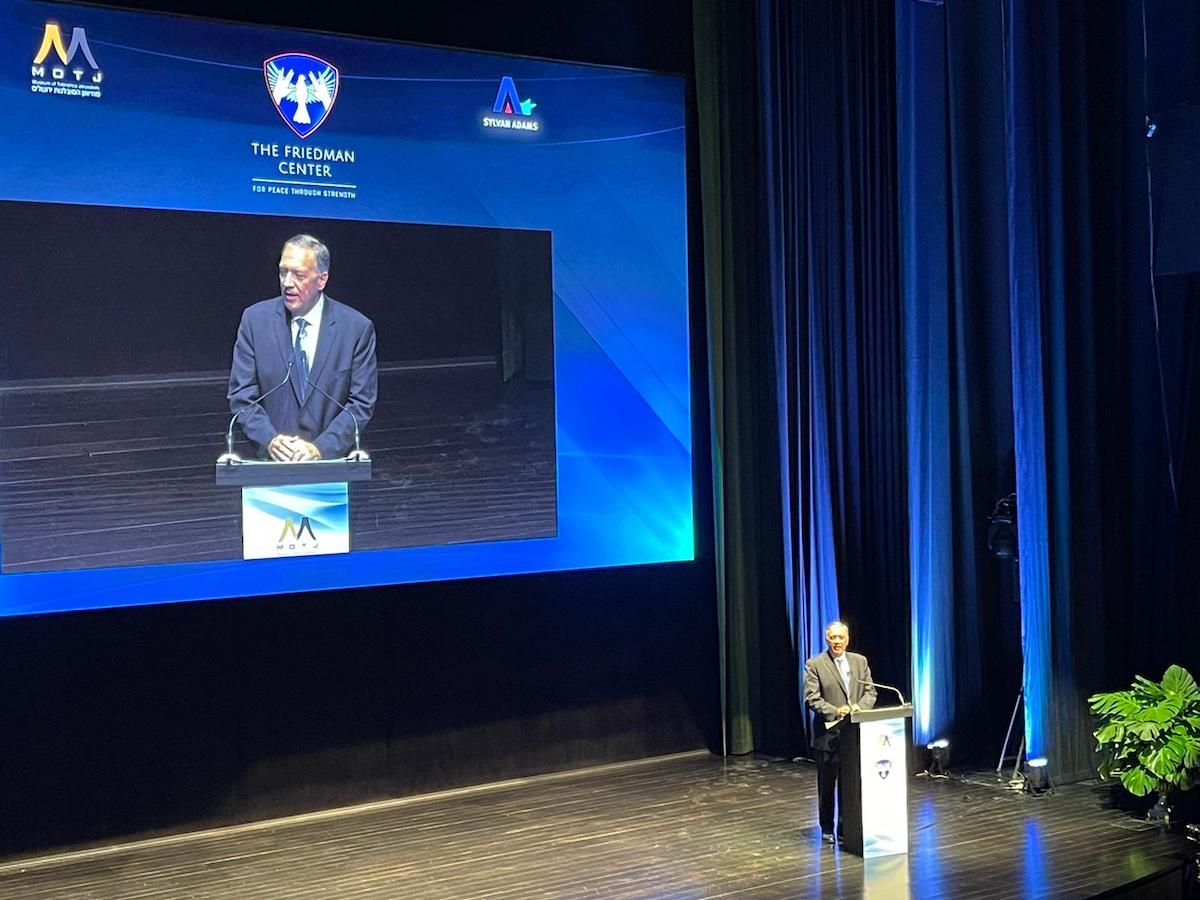 Friedman also premiered a five-part documentary, “The Abraham Accords,” that he co-produced with Trinity Broadcasting Network that will be aired later this year. (Watch the trailer here.)

“We are on the cusp of ending the Arab-Israeli conflict and changing the Middle East for the next 100 years – all based on a simple premise: Israel can and should be the solution, not the problem, in the region,” Friedman said.