After burning for nearly three straight days and destroying approximately 25,000 dunams (6,200 acres) of forest while endangering homes and hospitals, the Jerusalem-area wildfires were declared under control by the Israeli Fire Department.

The surrounding communities and Hadassah Ein Karem Hospital are no longer at risk and most Israelis who had to evacuate have returned home.

The largest wildfire in Israel in years continued to burn through the night and several more communities were evacuated this afternoon near Jerusalem as the flames approached Hadassah Ein Karem Hospital and Eitanim psychiatric hospital.

On Monday afternoon, residents of Sho’eva, Givat Ye’arim and Kibbutz Tzuba were evacuated while residents of Ein Rafa and Ein Nakuba have been told to get ready to do the same.

“The pace of the fire’s advance is extremely rapid,” according to a statement from the Fire and Rescue Services.

Late Sunday, when it appeared the fire was under control, an estimated 4,000 acres of forest had already reportedly been destroyed in the fire. One firefighter said that it "was a miracle that whole villages were not burned down."

Several surrounding towns were evacuated yesterday and three – Kesalon, Ramat Raziel and Givat Ye’arim – are still blocked from returning to their homes. The firefighters reported that the homes there are still in danger.

Last night, the fires were "contained," but still not under control. Prime Minister Bennett said that the fires should be completely under control by the end of the morning, though strong winds this morning caused the wildfire outside to spread again.

There were no reports of major injuries. Some people were treated for smoke inhalation but not hospitalized

Yesterday, massive smoke clouds could be seen from miles away. This morning, the smell of smoke and thick haze still covered the Jerusalem area. 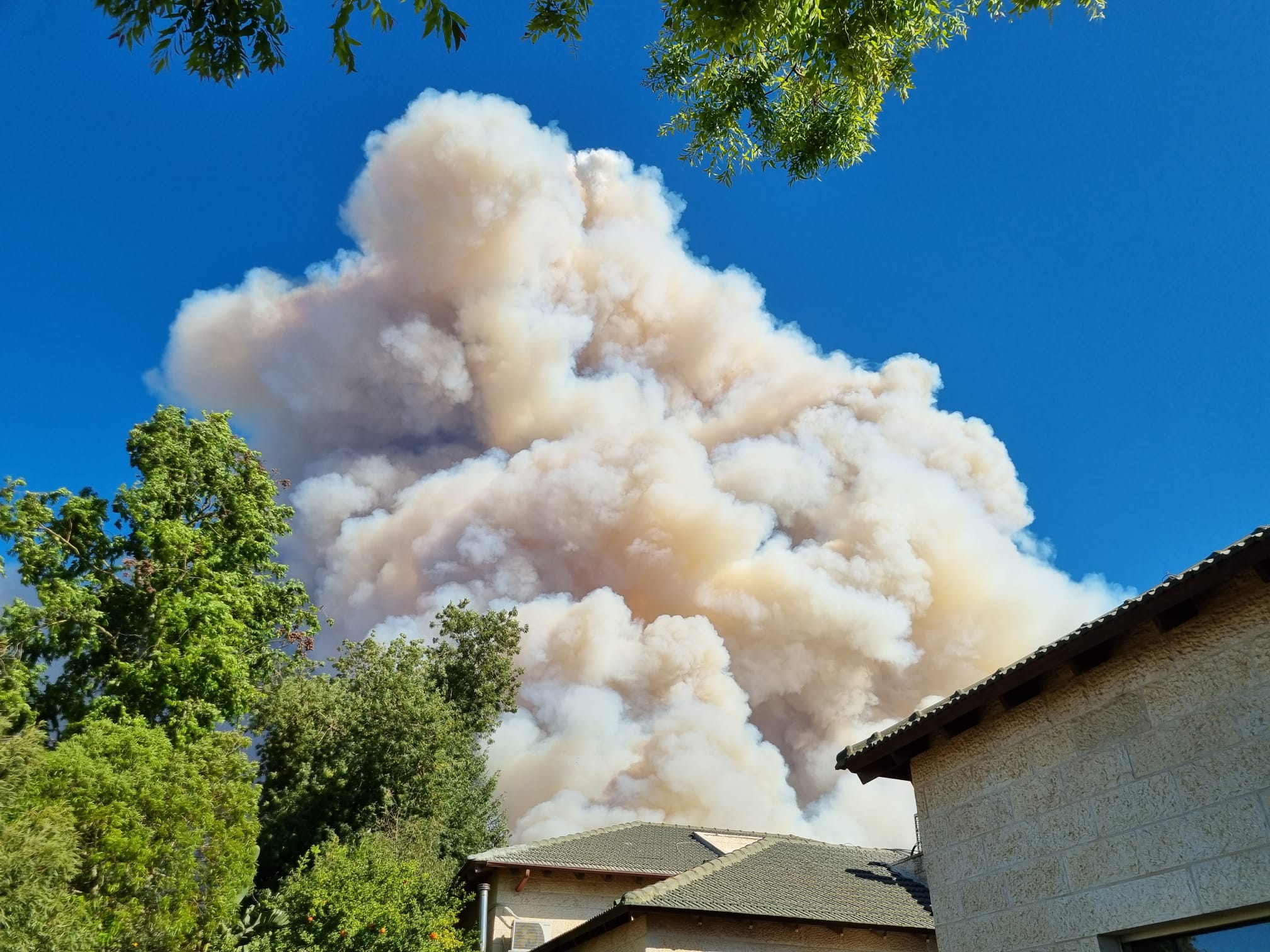 Smoke rising above a village near Jerusalem, Aug. 16, 2021 (Photo: All Israel News Staff) 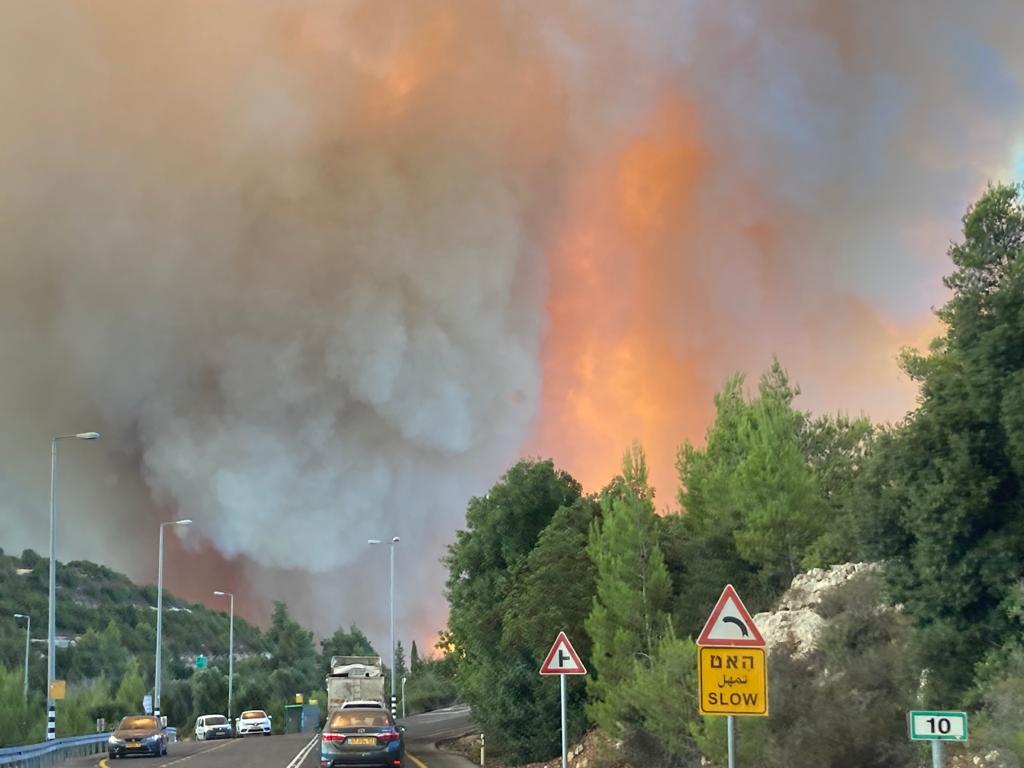