Jerusalemites awoke to a winter wonderland this morning – and with school canceled, children and adults alike took full advantage of the rare wintry conditions.

By Thursday afternoon the snow was already turning to slush as rain and hail – at times very heavy – continued. But pockets of accumulation are likely to stay for a few days.

The beautiful scenery was not without its downsides as many trees fell under the heavy, wet snow and power outages were reported throughout the country. The main Tel Aviv-Jerusalem highway was closed overnight when the snow started falling.

Nevertheless, it didn’t stop residents from getting out to enjoy the white powder – including President Isaac Herzog and his wife who were pictured having a snowball fight.

The storm system, named Elpis, arrived to the Holy Land after making its way through Greece and Turkey. With rare snow and strong winds, the storm managed to shut down the Istanbul airport and rendered Athens white with snow. Elpis started here on Wednesday morning with heavy rain in the North and coastal areas. More snow fell on Mount Hermon and the Golan Heights and finally reached Jerusalem as well around 8 p.m.

Elpis – which means “hope” in Greek – is the fifth named storm in the Eastern Mediterranean system, which includes Israel, Greece and Cyprus. Some Hebrew names are featured in the list for this season including Carmel – which petered out last week – and Irit, Joel, Lavi, Ora and Raphael.

Here are some images from the Jerusalem-area ALL ISRAEL NEWS staff who partook in the national celebration of snow.

From Joel Rosenberg's home in Jerusalem: 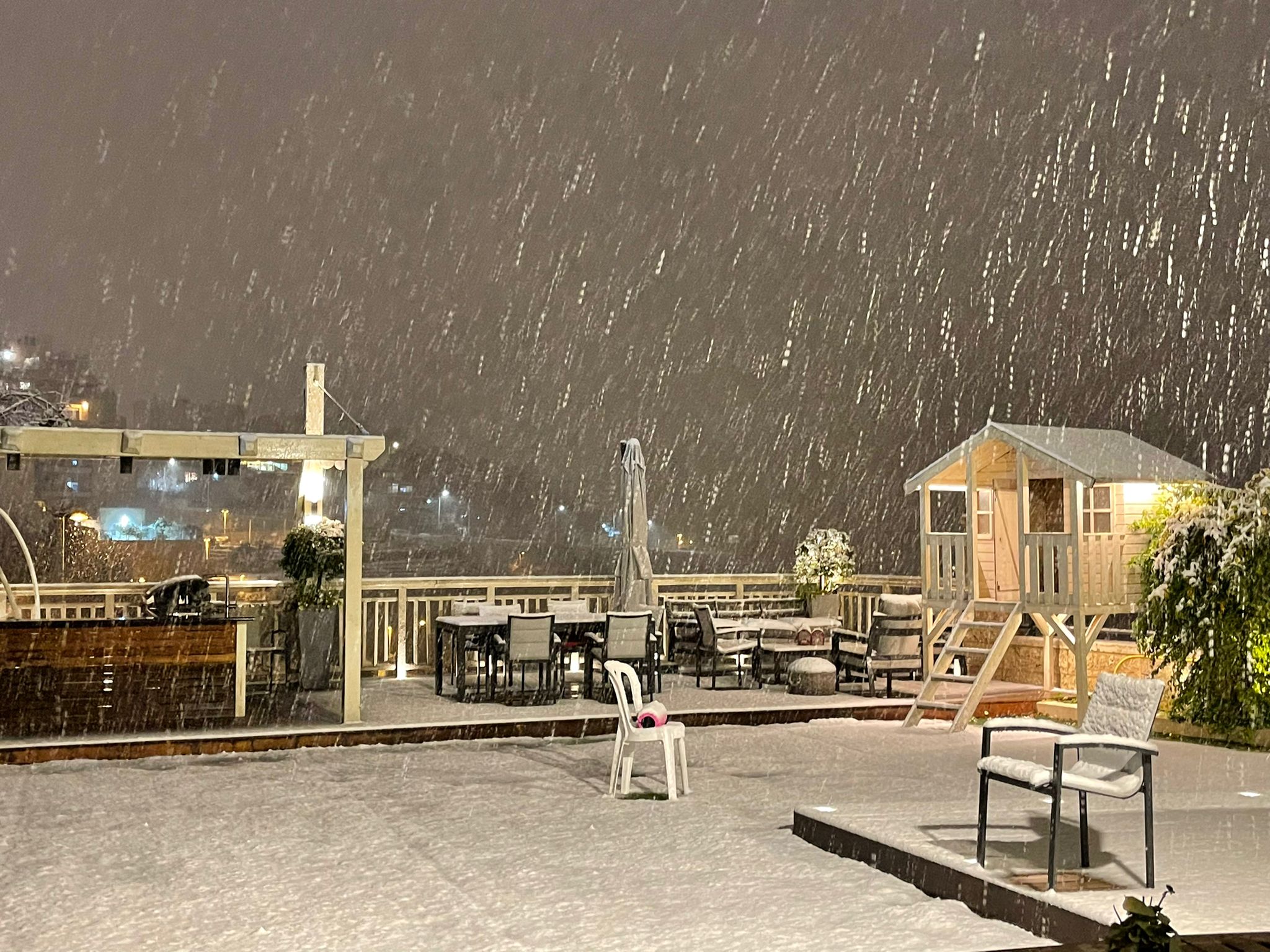 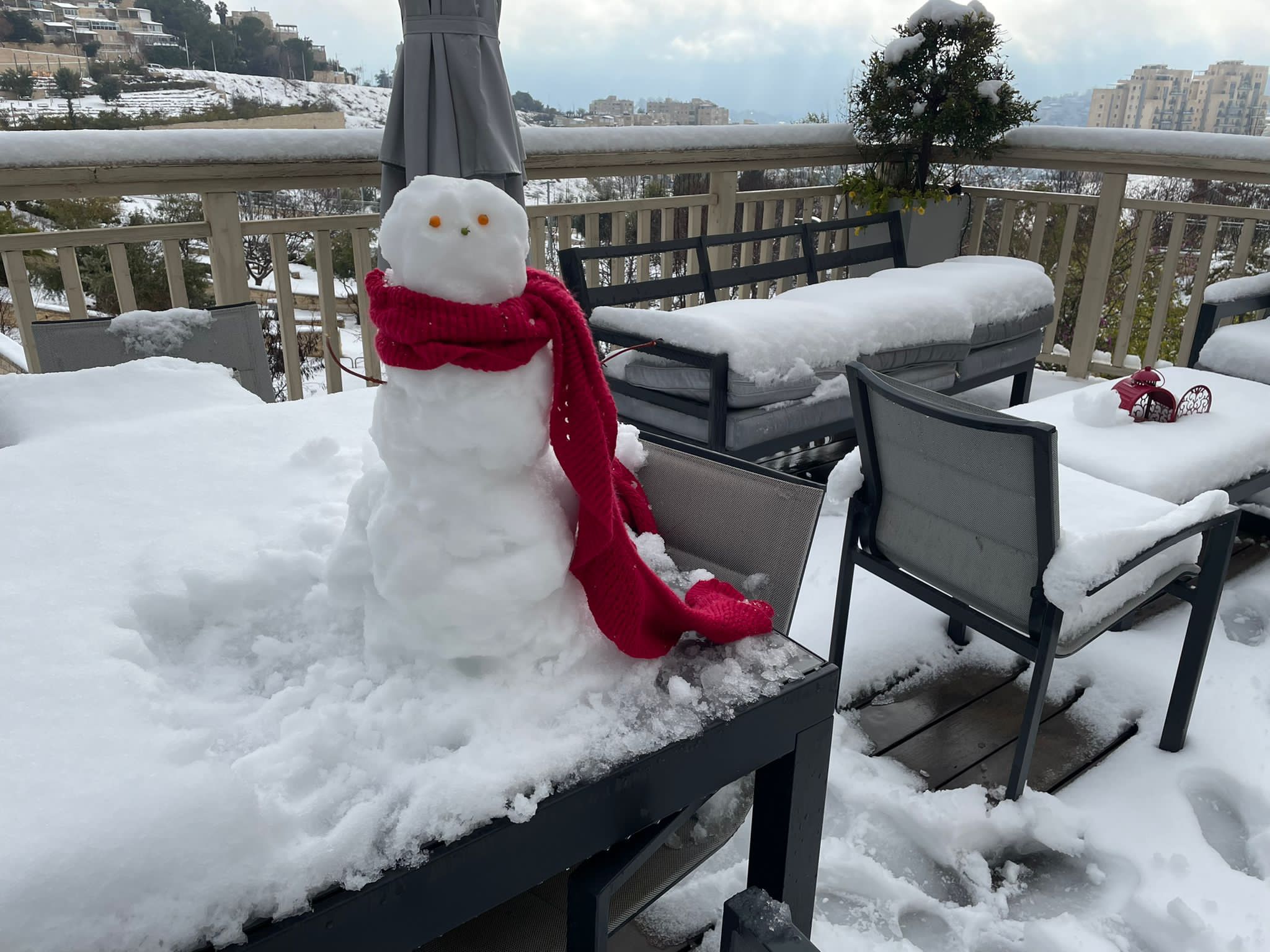 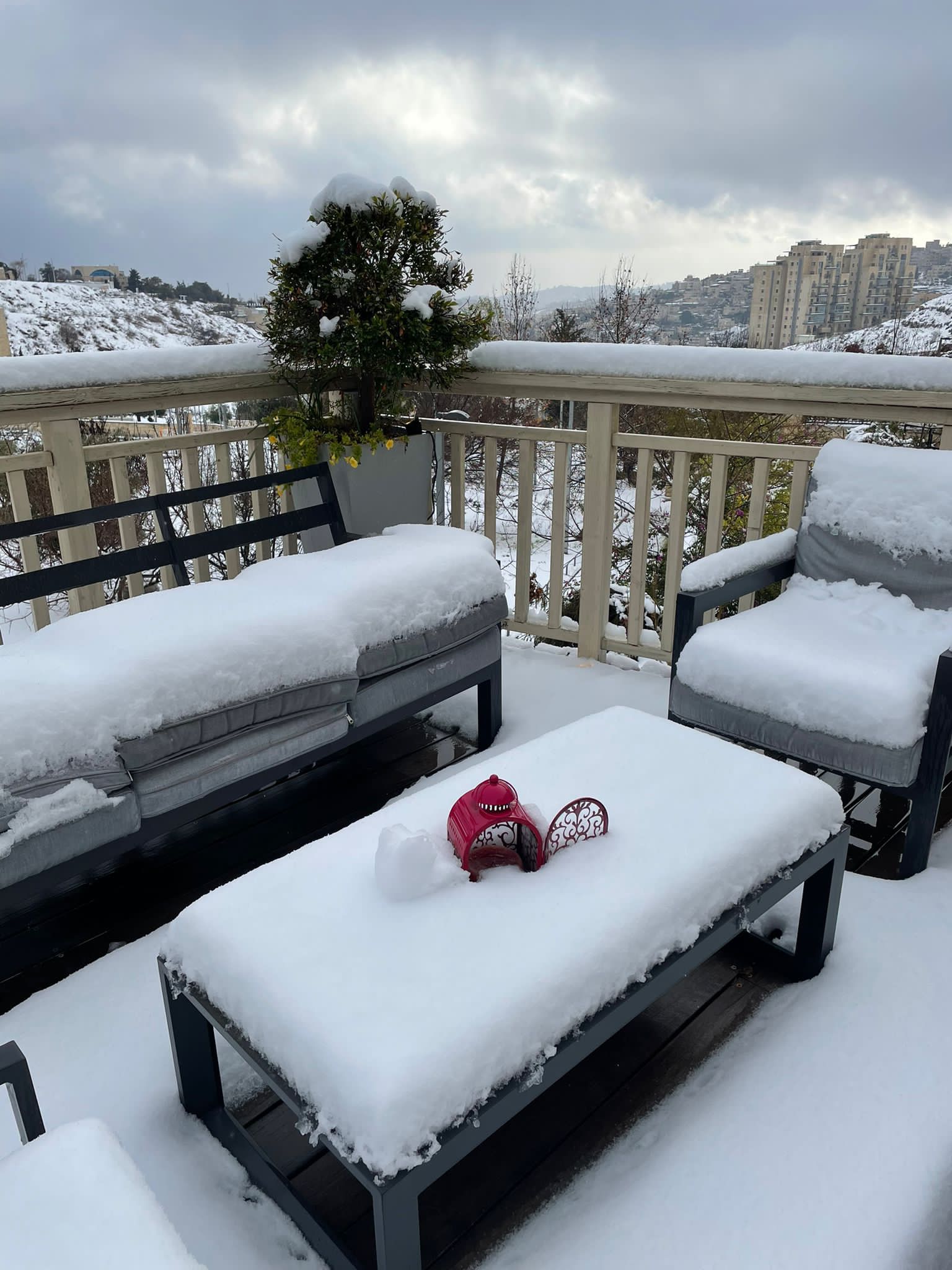 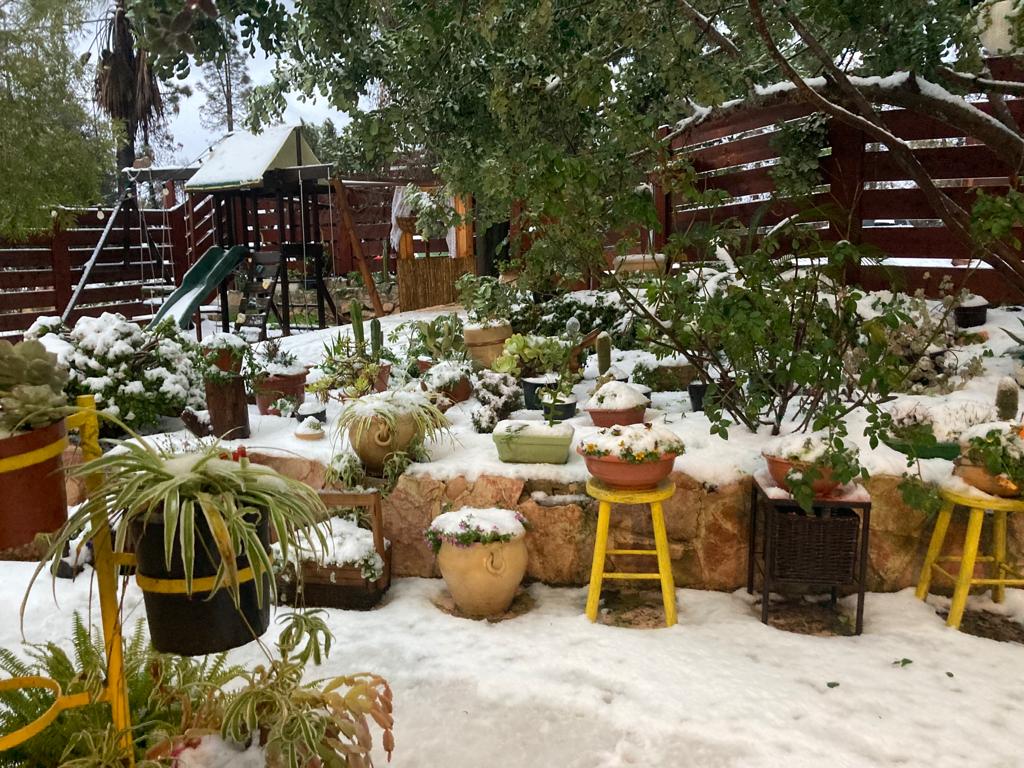