The drill included various fighter jets and refuelling aircraft needed for such a complex potential military operation far from the Jewish state’s borders. The massive aerial exercise constitutes a part of the Israel Defense Forces’ month-long drill, Chariots of Fire, which is the largest military exercise in the Jewish state’s history and involves most units of the Israeli army.

Israeli Channel 13 News reported earlier that the U.S. Air Force was expected to participate by refuelling planes in the massive Israeli aerial drill. However, the U.S. Central Command denied any American participation, stressing that “there is no direct US military involvement in that exercise.”

The unconfirmed reports of the alleged American participation were also denied by a Pentagon spokesperson, according to The War Zone online magazine.

“The IDF is constantly preparing for operations and various campaigns, in various theatres, and will inflict a severe blow on anyone who seeks to threaten the citizens of the State of Israel,” said Gantz.

In recent months, Israel has invested massive resources in upgrading its aerial strike capabilities to develop a credible military response should international diplomacy fail to stop Iran in its race toward acquiring nuclear weapons. In October 2021, Israel reportedly approved a massive $1.5 billion budget, earmarked for preparing a potential military strike on Iran’s nuclear weapons program. If an Israeli prime minister eventually orders a military strike against Iran, Israel’s new F-35 fighter jets are expected to play a prominent role in such a complex military operation.

To date, Israel is the only country in the world to have ever targeted and successfully neutralized nuclear reactors belonging to enemy states. The Jewish state successfully destroyed an Iraqi nuclear reactor in 1981 and a Syrian nuclear reactor in 2007. However, a potential strike on Iran is widely considered far more complex, mainly due to the vast distance to the targets and the fact that the Iranians have dispersed their nuclear assets, partly underground, across a vast territory.

In an exclusive interview with ALL ISRAEL NEWS, former Israeli Prime Minister Ehud Olmert, who ordered the Syria strike in 2007, told Editor-in-Chief Joel C. Rosenberg that he does not support a unilateral Israeli military strike against Iran’s nuclear facilities and prefers coordination with Washington.

Iran’s ayatollah regime has repeatedly threatened to wipe the Jewish state off the map. Israel, therefore, views Iranian nuclear bombs as an existential and unacceptable threat. 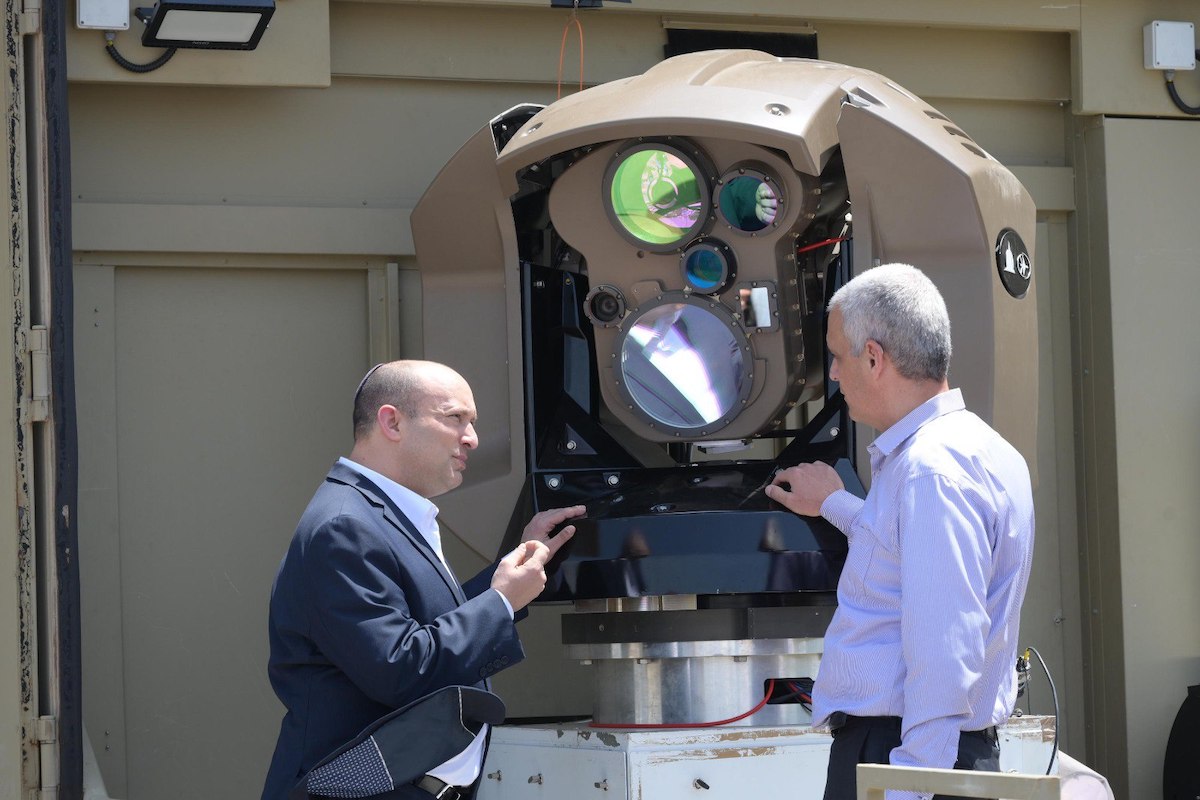 "Rafael's laser system is a strategic game changer for the State of Israel and the world as well, a system that already today knows how to shoot down mortar rounds, UAVs and rockets,” Bennett said.

The Israeli premier described the Iron Beam Laser System as a game-changing weapon.

“This is a game changer because we cannot only strike the enemy militarily but also weaken it economically. Until today it would cost us a lot of money to intercept every rocket," Bennett said. "Today they can invest tens of thousands of dollars in a rocket and we can invest $2 to cover the cost of the electricity in shooting down the rocket. We are galloping forward towards our enemies in order to ensure security for the State of Israel. We are now in a period of stable security but are strategically prepared – in every aspect – for any scenario."