Kushner reportedly played a leading role in the Moroccan-Israeli diplomatic breakthrough. In May 2019, Kushner met with Morocco’s King Mohammed VI in an effort to push Arab-Israeli peace. 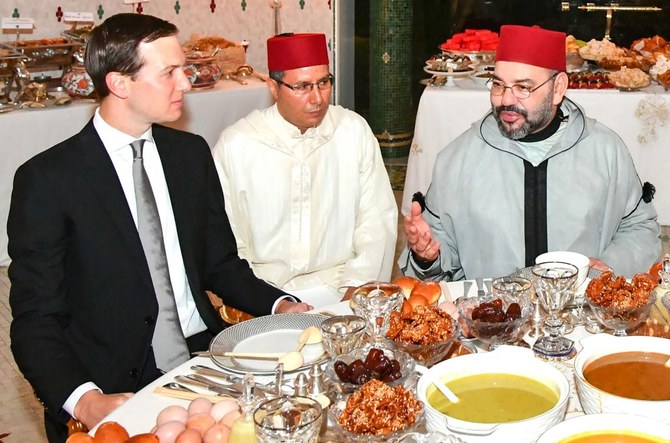 However, the path to a formalized Moroccan-Israeli peace agreement was filled with hurdles. As recently as August, Moroccan Prime Minister Saad-Eddine El Othmani said that Morocco “refuses” normalization with the Jewish state. But the deal was signed just four months later.

“I am so proud that our grandfathers and grandmothers can visit Morocco while still alive. This is peace,” she said.

The significance of Regev’s statement can hardly be exaggerated - a political hawk such as Regev speaking of peace indicated genuine peace that reaches beyond formal governmental agreements.

“We refuse any normalization with the Zionist entity because this emboldens it to go further in breaching the rights of the Palestinian people,” El Otmani reportedly told his Islamist PJD party. Fast-forward four months to December 2020 and the Moroccan normalization refusal has transformed into a Moroccan embrace of Israel and the strong Moroccan-Jewish heritage that unites the two countries.

It was the emergence of Joe Biden as the likely winner of the U.S. presidential elections, which perhaps made the greatest difference to Morocco’s willingness to normalize ties.

With an outgoing Trump administration considering investing $3 billion in Morocco and the U.S. recognizing disputed Western Sahara as Moroccan territory in exchange for normalization with Jerusalem, Morocco seized the window of opportunity, which might have closed with a new administration. Morocco also hopes that the normalization deal will lead to significant Israeli investments in the North African country.

The diplomatic elites in Washington and Europe have derided President Trump during most of his presidency. Critics have long accused Trump of pursuing a reckless foreign policy in the Middle East and beyond. However, Trump’s unconventional business-savvy approach challenged long-held misconceptions about the Middle East and eventually paved the path towards the historic normalization agreements between Israel and four Arab states, so far. Alongside U.S. Secretary of State Mike Pompeo and US ambassador to Israel, David Friedman, Jared Kushner has played a pivotal role in shaping the new era of peace and cooperation between Israel and a growing number of Sunni Arab states from Morocco in the West to Bahrain and the UAE in the East.

Kushner and his team are still actively pursuing diplomacy in the Arab and Muslim world, hoping to seal at least one additional normalization deal before the inauguration of President-elect Joe Biden on January 20.