JERUSALEM—Sounding a sober warning, leading intellectual and clinical psychologist Jordan Peterson told an Israeli audience that when individuals lack moral courage, evil has the opportunity to creep in.

“What do you think happened to Nazi Germany? Do you think individuals lived up to their responsibility?” Peterson asked. “Did they not speak when they should have spoken up? Or did they let the snakes under the carpet turn into terrible, paralyzing, genocidal monsters?”

Peterson quoted from Aleksandr Solzhenitsyn: “One man who stopped lying could bring down a tyranny.”

“When you are called upon to hold your tongue for ideological reasons now, don’t you think you are doing the same thing – and where do you think it will end?” Peterson said.

Peterson and Ben Shapiro, founder of The Daily Wire, spoke at a sold-out event of more than 3,000 people at the International Convention Center in Jerusalem on Thursday night. The event was sponsored by Tikvah Fund Israel, an Israeli conservative think tank.

“It is easy to talk about freedom, but it is not easy to live a life of freedom – especially in the American media,” Tikvah Fund CEO Amiad Cohen said, introducing Shapiro and Peterson.

The two media powerhouses, Shapiro and Peterson, addressed the dangerous bending of absolute truths in society today and, in their opening remarks, both referred to the Bible and the nation of Israel as the guiding standard to navigate moral quagmires.

Former U.S. Ambassador to Israel David Friedman, who moderated questions during the event, asked for advice for conservative Israelis who want to advance conservative principles from this “tiny postage stamp of a country here in the Middle East.”

Shapiro, who is Jewish, drew from the principles of the Torah and said all truth is based on three principles: God is one; human beings are to live by God’s standard of morality; and God chose a nation – the Jewish people – through which to exemplify his values. 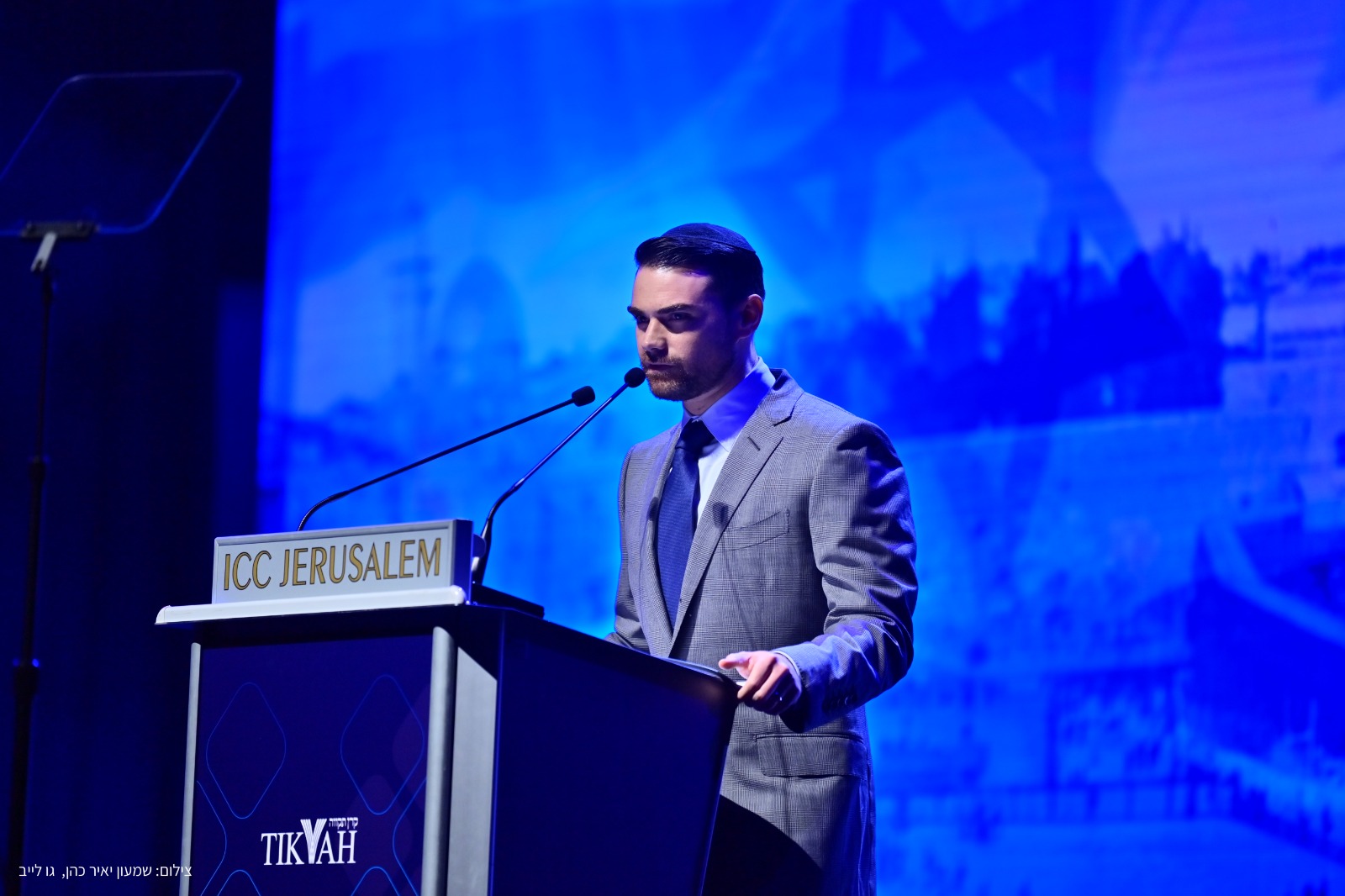 He noted that God later chose a parcel of land for that purpose – Israel – and it is “very important for Him to use that nation as a vehicle for the transmission of His message.”

But society has reverted to paganism and strayed far from this spiritual compass, he said.

“Is our society – a society that currently argues in the West that men can be women, that inequality of results automatically means discrimination, where evil terrorist groups and immoral armies are engaged in cycles of violence – a truly better or more moral society? The answer, of course, is no. We must return to Jerusalem. We must never forget Jerusalem first and foremost –  it must remain in our heart and then so will the God in whose image we were created.”

“God does not randomly change His standards,” Shapiro said.

During the question-and-answer session, one woman challenged Peterson and Shapiro – who were stringently opposed to governmental COVID mandates in their countries and globally – on Israel’s promotion of the Green Pass for proof of vaccination.

“Policy based on compulsion is self-destructive policy,” Peterson said. “If your solution to the problem means other people have to do what you’re telling them to do or else, then maybe you’re a tyrant – and not a proper leader.”

Shapiro noted he was barred from traveling to Israel due to these policies.

Citizens “must not allow their governments to lie to them again,” he said. Trust in many institutions was thoroughly destroyed during the pandemic, he added.

During his opening remarks, Peterson noted that the Jewish people have been a “community that extends across time, and you have to govern every action that you take in the present in relationship to” the future.

He stressed that responsibility and truth begin in our individual lives and family units. To make peace, he said, one first has to confront the serpent in his or her garden – a parallel to Adam and Eve. 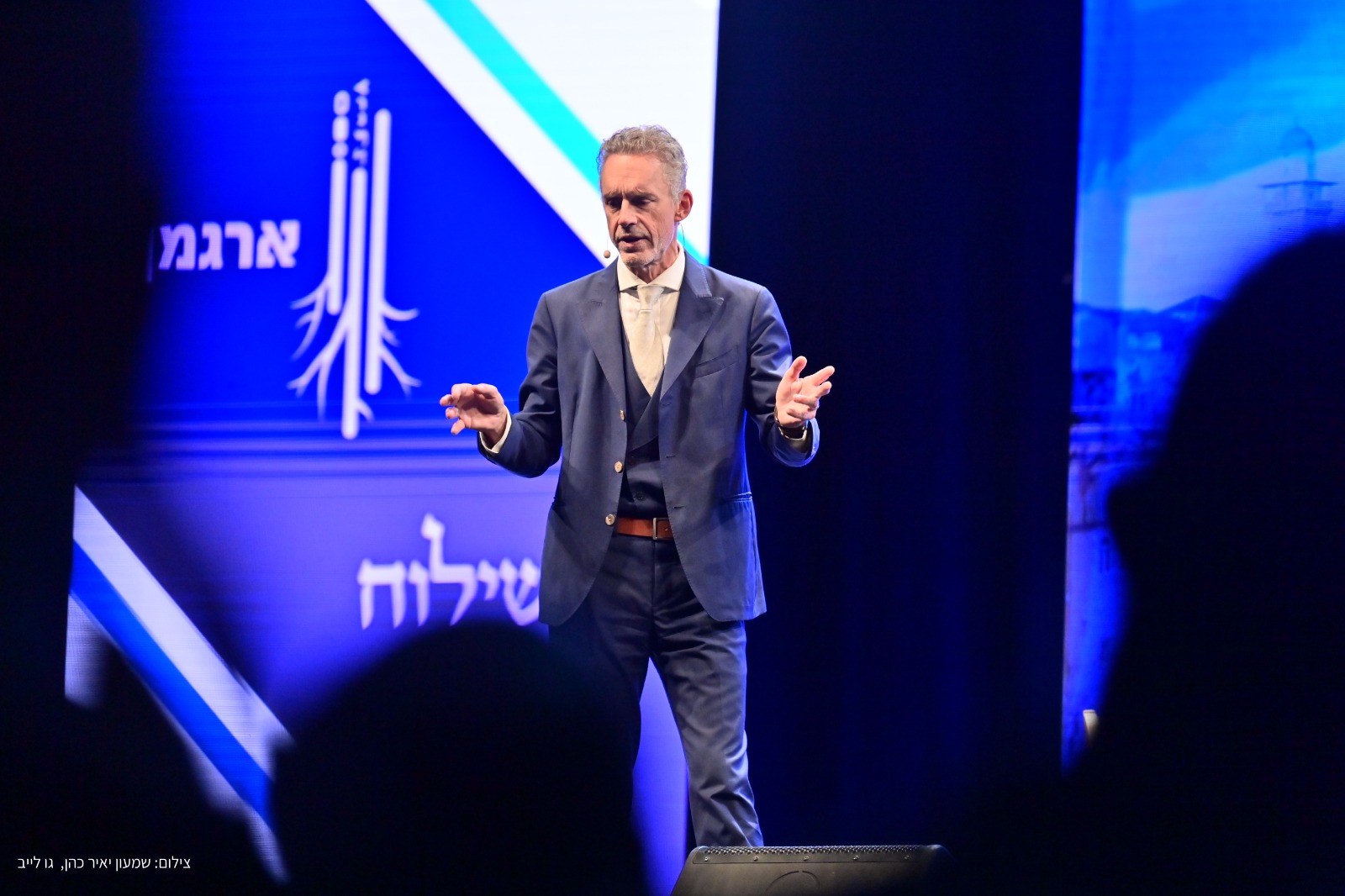 Peterson became emotional as he drew his psychological and theological points to a conclusion regarding Israel’s calling as a nation and people.

“Everyone looks here to see how you are doing under this tremendous assault of adversarial criticism – as this little tiny people in the middle of no-man’s land – as a cardinal model of the nation state and the city on the hill,” he told the Israeli crowd. “You have a tremendous moral responsibility like you have perhaps had for your entire history for reasons that are very difficult to understand.”

“Make yourself a shining light on a hill. Show the world what the holy city could look like – because we need it.”