The Jewish state is home to approximately 165,000 Holocaust survivors, according to the Israel Central Bureau of Statistics (CBS). The fresh statistics were released ahead of Israel’s annual Holocaust Remembrance Day which begins on Wednesday evening.

The number of Israeli Holocaust survivors has been shrinking rapidly due to their advanced age and frail health, with some 14% of survivors having died since the beginning of the coronavirus pandemic a little over two years ago. For comparison, there were 192,000 Holocaust survivors living in Israel in 2020, and only 180,000 in 2021.

With the progressive aging of Holocaust survivors, the challenges they face are significant. The average age of a survivor in Israel is 85 years old, according to Ety Farhi, CEO of the Foundation for the Welfare of Holocaust Victims.

"This means they do not have many more years to live. The traumas of the Holocaust were compounded by the coronavirus pandemic, which along with their advanced years, has added to their sense of loneliness and has brought on a deterioration in their physical and cognitive health," said Farhi.

Israeli officials believe that some 7,500 Holocaust survivors in Israel have no family and face daily socio-economic struggles in their lives. However, Farhi’s organization believes the true number is likely much higher.

"Government ministries are doing their best to accommodate the needs of the survivors, but many do not have the time to wait for bureaucracy to work for them. They need help now. We require the resources to deal with the problems, which prevent them from a life with dignity," stated Farhi.

On Monday, Israeli President Isaac Herzog and First Lady Michal Herzog hosted Holocaust survivor Ines Nissim at the President’s Residence in Jerusalem. Nissim who lives in Tel Aviv, hails from the Greek city Thessaloniki, which used to have a large and established Jewish community prior to the Holocaust. 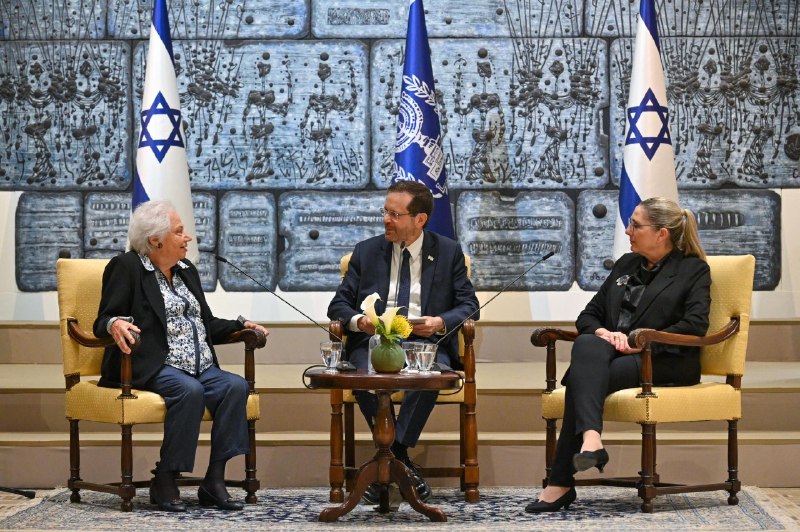 Around six million Jews were murdered in the Holocaust, representing approximately one-third of the Jewish people at the time. Now, 77 years since the end of World War II, the Jewish people have yet to return to their pre-Holocaust numbers.

In 1939, the number of Jews worldwide was reportedly 16.6 million. By the end of 2020, the Jewish worldwide population reached approximately 15.2 million, approximately 1.4 million Jews less than before the Holocaust.

The geographic distribution of the Jewish people has also changed dramatically since the end of the Holocaust. In 1948, when the State of Israel was established, only about 6% of the world’s Jews lived in the Jewish state. Today, Israel is home to 6.9 million Jews – the world’s largest Jewish community – representing around 45% of the total Jewish population.

Prior to the Holocaust, almost 60% of world Jewry lived in Europe. Today, less than 10% of the world’s Jewish population are living in Europe.

Because of its growing, and relatively younger, population – compared to the aging and declining Jewish diaspora, Israel is expected to become home to more than 50% of the Jewish people over the next decade.