While they laid out no new initiatives, they certainly expressed deep appreciation of Evangelical support for Israel while also urging Christian media to tell the truth about a nation embattled by mainstream media bias and paying attention to the threat that Iran poses throughout the Middle East.

Nitzan Chen, director of Israel’s Government Press Office, announced that the next Christian Media Summit (CMS) will be held in person in Jerusalem in June 2022. This year's summit was the second consecutive event held virtually because of the COVID pandemic.

The CMS gave Naftali Bennett – Israel's first prime minister who wears a kippa – an opportunity to give his first address to a Christian audience since being sworn in as Israel's premier in June. He thanked Christians for their support of Israel while raising awareness of the main threat it faces: "radical militant Islam that is sweeping across the Middle East."

He also noted that Israel protects freedom of worship for Christians and all religions.

As Iran's threats increase, Israel's standing in the region is also on the rise, Bennett said nothing that the Abraham Accords, "have contributed greatly to regional stability, prosperity and peace between Israel and our neighbors."

"Just like the doors of Abraham's tent were opened, the doors of Israel are open to a better and brighter future," he said. 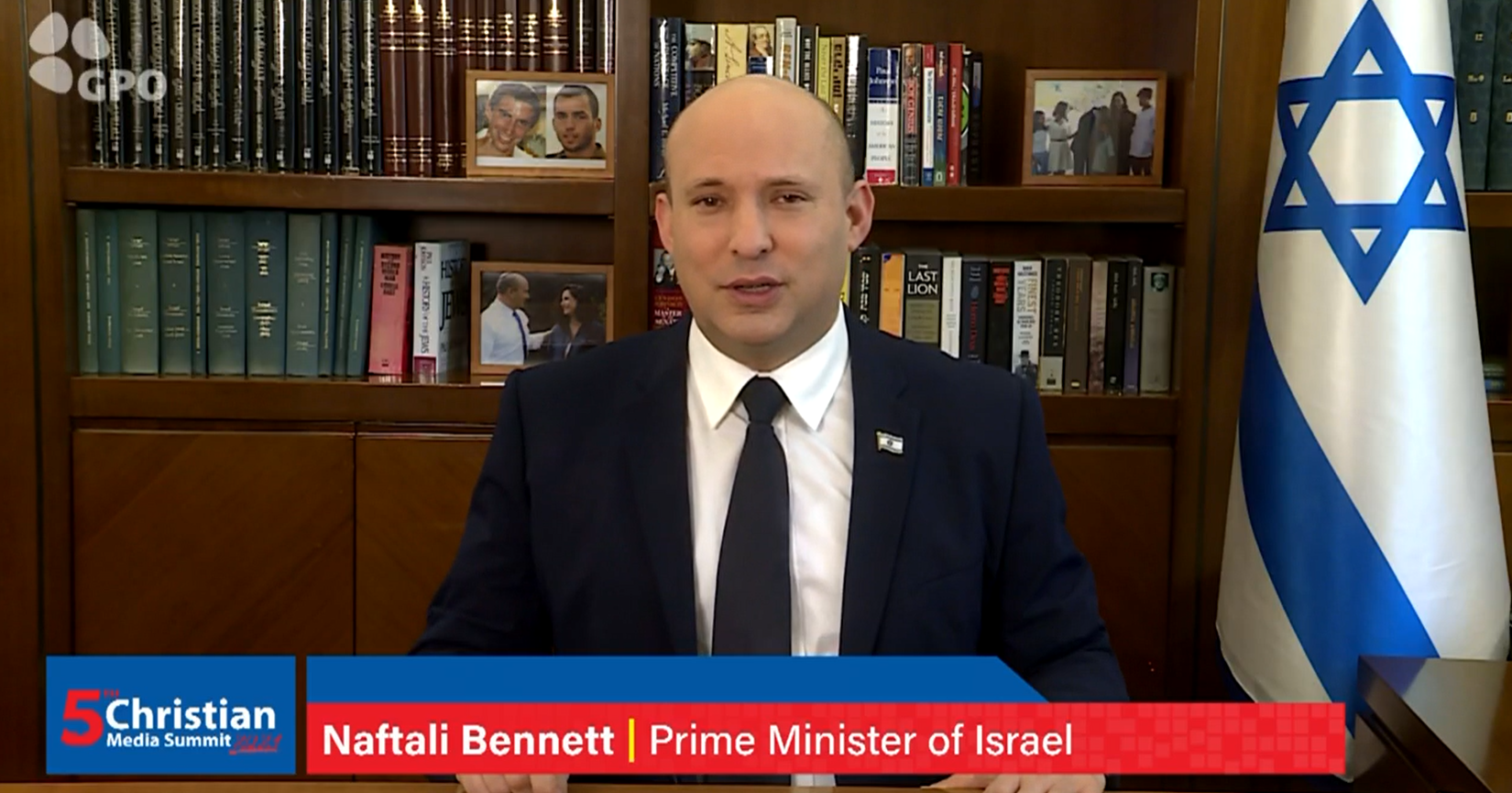 Foreign Minster Yair Lapid, who is also the alternate-prime minister in a rotation with Bennett, recognized the role of the Christian media in connecting Christians with Israel and Jews and in fighting anti-Semitism.

"Israel is grateful for your friendship, for the friendship of the millions of Christians who proudly stand shoulder to shoulder with us. For you're fighting the wave of anti-Semitism we see today, wherever and whenever it raises its ugly head," he said. 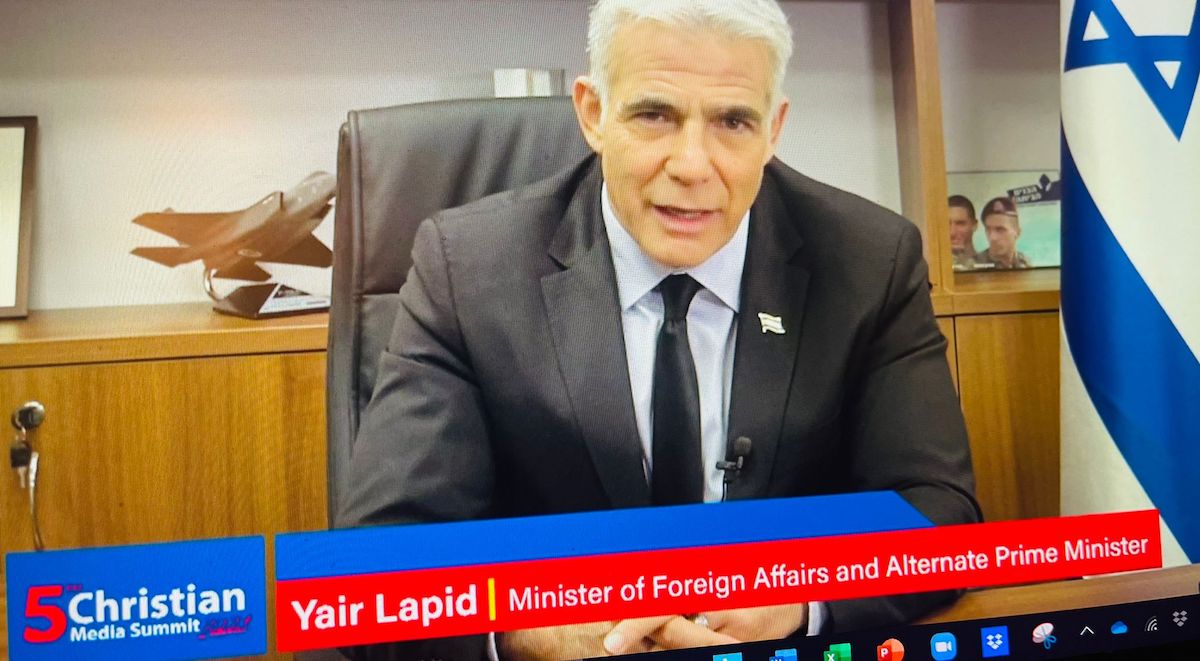 Picking up on the theme of the Abraham Accords, President Isaac Herzog said "these accords became now a common knowledge" and are being supported by the current governments of Bennett and U.S. President Joe Biden.

"They all are supporting it because these agreements became possible due to the culture of tolerance and respect for different religions shared by all parties concerned, especially the UAE, Bahrain and Israel," he said. 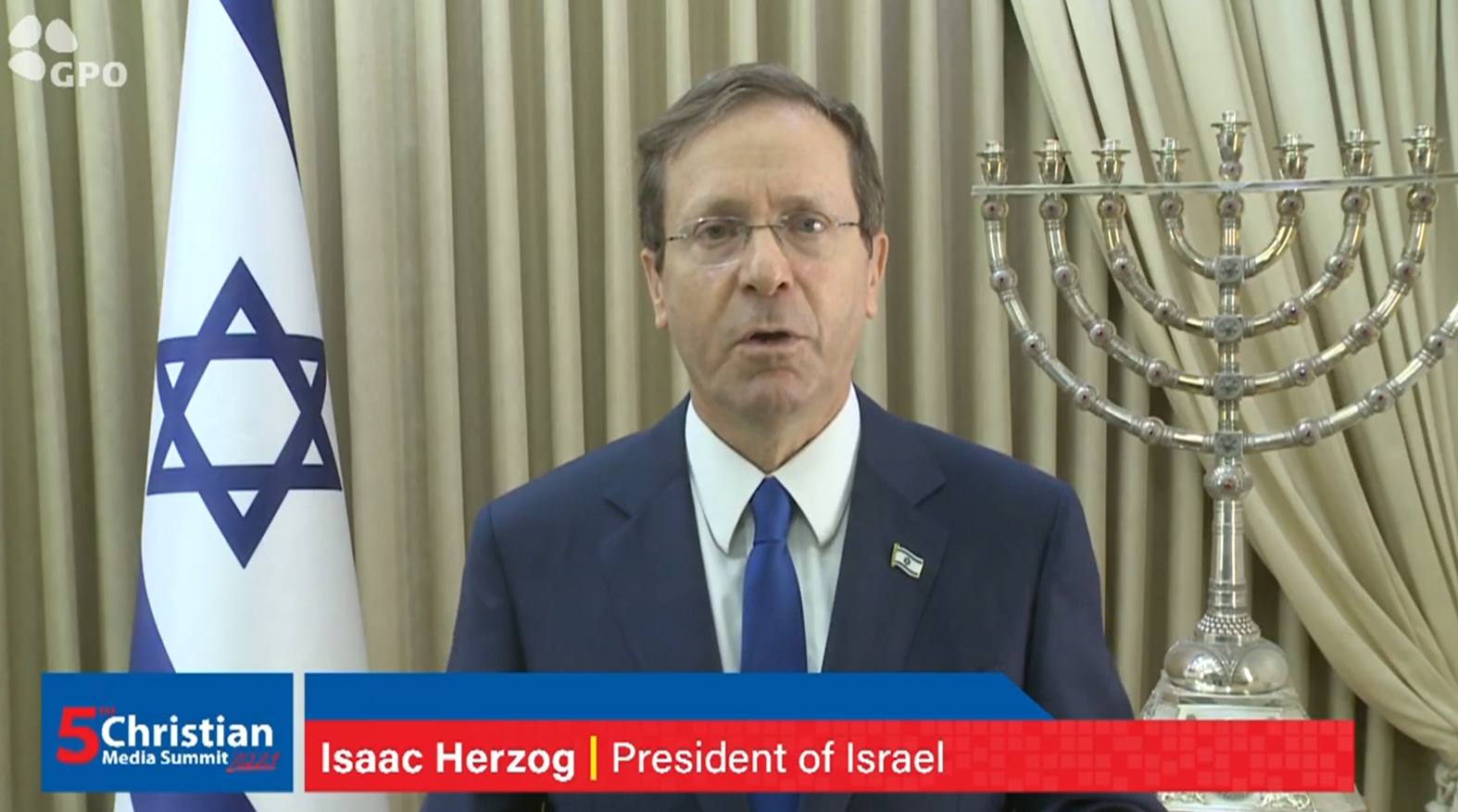 The Accords, he said, have already resulted in "exciting collaborations between Israel and the Abraham Accords countries in fields such as medicine, food security, climate innovation and even in exploring outer space."

Former Prime Minister Benjamin Netanyahu, who strengthened relations with Christians during his tenure, praised the peace agreements made during his watch, the Abraham Accords as a "historic turning point."

Netanyahu called it "peace for peace." 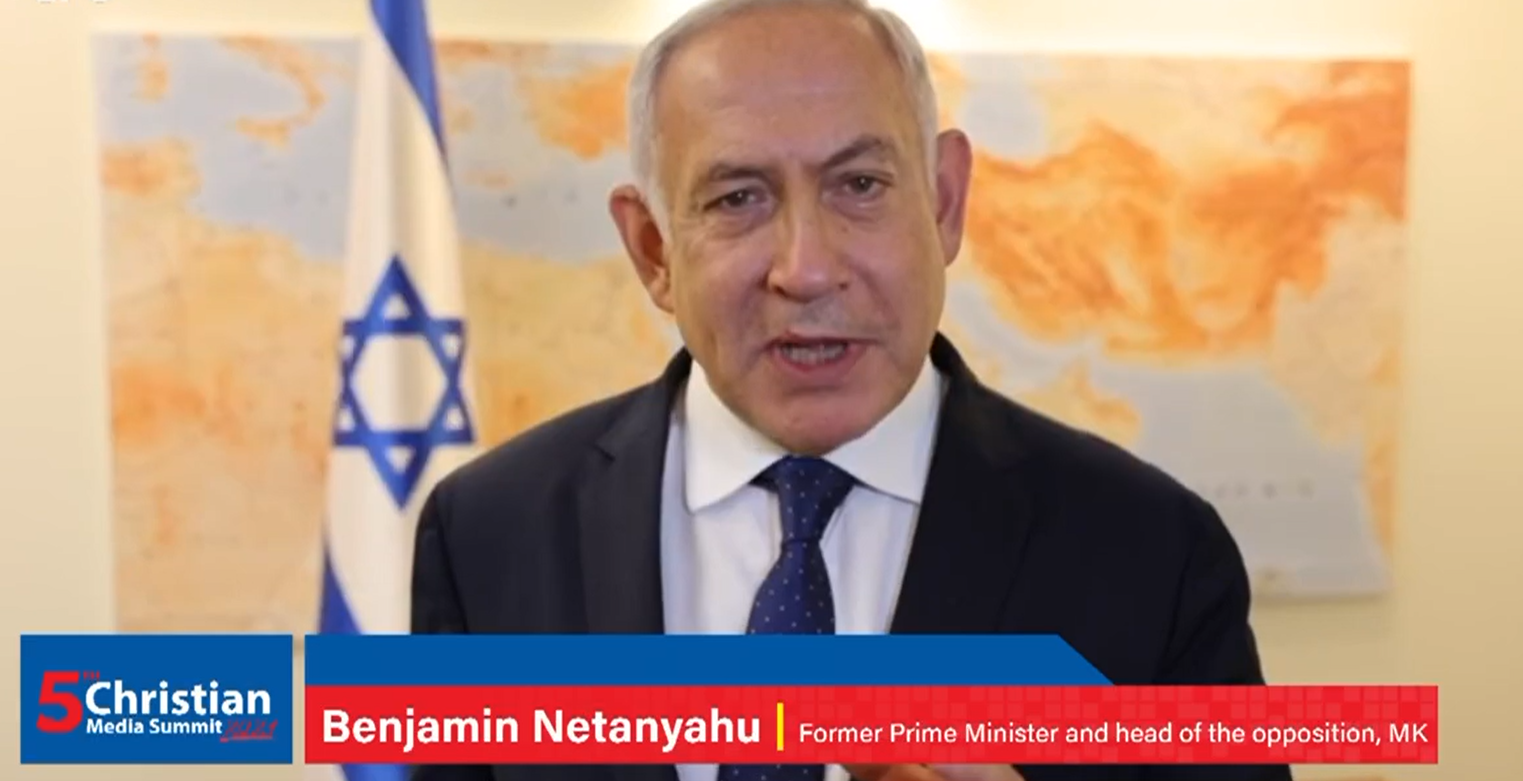 "We didn't have to endanger ourselves by constricting our borders. This is a novel concept and this is the way of the future, and everyone should understand something else," he said. "We removed the Palestinian veto. Palestinians don't want peace with Israel. They don't want a state next to Israel. They want a state instead of Israel."

Also known for his strong posture against Iran, Netanyahu noted that Israel is willing to take action when needed to thwart Iran's nuclear efforts.

"This was doubly appreciated by these and many other Arab countries. This is the sign of the future," he said. "This is how the sons of Abraham, Jews and Arabs, can come together to benefit our common future. And may God bless us in this important venture. May it continue."